Deal making in the Canadian gold sector went into overdrive in 2019 and industry players expect that is likely to continue in 2020, with smaller companies becoming targets as fund managers push the industry to create bigger, more diversified miners.

The merger and acquisitions bonanza is being driven by a number of factors, including the need for companies to replace reserves, cut costs, increase production and attract more interest from institutional investors. The move toward lower-cost exchange-traded funds (ETFs) has pushed more money toward larger-cap companies that have membership in stock market indexes – and that, in turn, is giving larger miners an advantage on the cost of capital over smaller ones.

Given that, a number of gold industry watchers say there are still too many smaller mining companies competing for a limited pool of capital – a dynamic that’s expected to drive even more M&A in 2020.

Single asset miners – those with only one mine, or one development project – are seen as overly risky for many investors, Mr. Case said, and are being encouraged to find M&A suitors, as Detour Gold did with Kirkland Lake in 2019.

Canadian companies in that category that are seen as possible targets in 2020 are Pretium Resources Inc. and Sabina Gold and Silver Corp., both based in Vancouver.

The “bigger is better” mantra is also likely to motivate more deal making. The rapid growth of index-tracking ETFs means the bigger a company’s weighting is within a gold index, the more buying it gets – regardless of its fundamentals.

“It’s more important than ever to be big,“ said Peter Grosskopf, chief executive of Sprott Inc.

Against that backdrop, larger capitalization companies are trading at increasingly bigger stock premiums compared with smaller miners, and they end up with much lower costs of capital as a result.

“I’ve never seen – and I’ve been in the business for 30-plus years – as dramatic a difference as it became over the last year and a half,” Mr. Grosskopf said of the divergence in the cost of capital between large and small miners.

The last time the gold industry went through such an intense round of consolidation was about a decade ago. But many of those deals turned out badly, with companies overpaying for assets that never delivered anywhere close to their promise. Barrick Gold Corp.’s $7.3-billion acquisition of copper producer Equinox Minerals Ltd. and Kinross Gold Corp.’s US$7.1-billion acquisition of Red Back Mining Inc. are prime examples.

This time around, companies have at least been more disciplined when it comes to price. Takeover premiums have ranged from Barrick’s zero-premium acquisition of Randgold Resources, to Newmont’s slim 17-per-cent premium for Goldcorp, to Kirkland’s getting-up-there 24-per-cent premium for Detour.

While the ultimate success or failure of any individual M&A deal likely won’t be evident until a few years out, one thing is clear – the lower the takeover premium, the better the transactions have been received by the market.

In an online commentary in November, portfolio manager Joe Foster with New York-based Van Eck & Associates wrote that more gold companies should take a page out of the Barrick and Randgold playbook and consider teaming up in zero-premium mergers, rather than holding out for juicy premiums.

Looking at why more of these kinds of deals hadn’t materialized, Mr. Foster concluded that management teams are often more concerned about protecting their own jobs, rather than doing the right thing for shareholders.

One of the few zero-premium deals announced in 2019 was Equinox Gold Corp.'s $770-million proposed merger with Leagold Mining Corp., which was warmly received by shareholders on both sides. 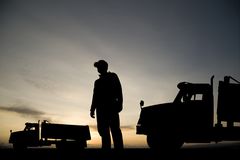 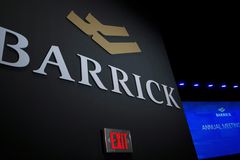 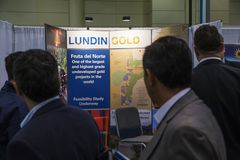