Google has completed its acquisition of Canadian smart-glasses maker North Inc. following weeks of negotiations, after the Kitchener, Ont., company struggled for years to sell products and had begun to run low on money.

The Globe and Mail first reported last week that Google parent Alphabet Inc. would buy North, formerly known as Thalmic Labs, in a deal that sources close to the company said was worth about US$180-million. It was not clear if that is the company’s value or if debt or other payments factored into the price. The companies did not reveal a sale price Tuesday. The Globe is keeping the sources’ identities confidential because they were not authorized to discuss the deal.

North was once considered a jewel of the Canadian startup sector, and had amassed more than US$180-million in venture capital, government investment and convertible debt over the past eight years. But the company long had trouble selling its products – both its smart glasses, called Focals, or its earlier wearable armbands called Myo, which let users control devices through gestures.

North was once considered a jewel of the Canadian startup sector

North amassed a trove of patents and engineering talent as it built those products, however. Google confirmed the acquisition Tuesday, but did not say whether it would bring North’s employees and patents into the team making its own smart-glasses offering, called Glass. Although the company ended Glass as a consumer product in 2015, it has since marketed Glass for industrial settings.

“North’s technical expertise will help as we continue to invest in our hardware efforts and ambient computing future,” said Rick Osterloh, Google’s senior vice-president of devices and services, in a blog post. He described ambient computing as “a future where helpfulness is all around you, where all your devices just work together and technology fades into the background.” Google declined to comment further.

The company is building a massive new facility in Kitchener. Both companies said North’s employees will join the Google team in the region. A LinkedIn analysis shows that more than 40 former North employees in Kitchener are now employed by Google, with many having updated their employer in recent days.

In a blog post, North co-founders Stephen Lake, Matthew Bailey and Aaron Grant wrote that the company would scrap its long-promised second generation of Focals. The company has not sold products since last December, when it wound down Focals’ first generation.

“Over the last while, it became clear that aligning with Google would significantly advance our shared vision,” North’s founders wrote.

The company was running low on cash and brought in negligible product revenue since ending production of Focals’ first generation last year. One person close to the company said it had been spending about US$3-million a month recently, down from as much as US$6-million a month. Its existing investors, including Intel Capital and Amazon’s Alexa Fund, gave the company US$40-million in convertible debt in early 2019, but that was meant to bridge to a new venture financing round that did not happen.

A person close to North’s sales process said that it was unlikely the company sold many more than 1,000 pairs of Focals since their announcement in late 2018. And the company’s financial statements from 2016, obtained by The Globe, showed that Myo struggled to sell as well: The company took in just US$1.1-million in revenue that year while absorbing a US$18.5-million loss.

For its story last week, The Globe spoke to nine former employees who said that the use case for Focals was unclear, while significant problems in North’s technology and production and sales processes hindered efforts to sell the product.

North has not responded to e-mails or voicemails from The Globe since it sent in June a list of detailed questions about the investigation’s findings to Mr. Lake and North’s press team.

To buy Focals, customers initially needed to get a 3-D head scan at one of just two retail stores in Toronto and Brooklyn, N.Y. Dimensions from the scan were plugged into an algorithm to determine the best fit, and glasses would be custom-manufactured.

But the fitting process had severe limitations, The Globe learned. The technology disproportionately struggled to find a fit for Asian customers, as well as Black people and other people with dark skin tones, which some former employees said was because their facial structures did not always match sizes North made available.

Focals worked by shooting a laser from the glasses’s arm through a holographic film in the right lens that would display messages, e-mails and other notifications when connected to the wearer’s smartphone. But people with long eyelashes or who wore mascara struggled to see the display.

Sales of Focals were extremely low. Former retail staff described whole days going by with no customers, while many who did pick up the glasses were either competitors or social-media influencers who North hoped would market the glasses. Although the company later let users scan their heads with their own phones, one person familiar with the technology said the vast majority of those who did so had problems and needed to return their glasses.

North said it would end support for Focals and remove its apps from mobile app stores at the end of July. The company also said it would give full refunds for “all paid Focals orders” starting Tuesday. 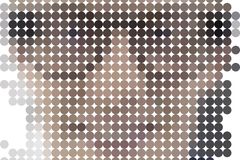