Google plans to provide users greater transparency about how its products and services collect and share personal data, a move that comes as the tech giant finds itself the latest target of U.S. regulators and critics over data-privacy issues.

Google, whose parent company is Alphabet Inc., said it is making changes to some of its core products to make its data collection practices easier for users to understand. Starting Wednesday, visitors to Google’s flagship internet search engine will be met with a video explaining the types of personal information the company collects when users search the internet, including their search history, location information and how those personal details are used to target ads.

Users will also be guided toward privacy controls where they can prevent Google from collecting certain types of personal data through its search engine. The company said the changes involve highlighting existing privacy controls, not adding new settings. Google plans to eventually expand the privacy features to other products, such as its mapping applications.

"It’s really important for us that users see what the choices are that they can make, and if they choose to turn something off that’s been on – or delete data that maybe was collected that they would prefer wasn’t there – that’s actually them in command of their experience,” said Eric Miraglia, director of product management with Google’s Privacy and Data Protection Office, said in an interview.

The move to make privacy settings more prominent comes at a time when Google is under an intensifying spotlight over privacy issues. Earlier this month, the Mountain View, Calif., firm said it was shutting down most of the features of Google+, a Facebook-style social media network, after the Wall Street Journal revealed the company had failed to disclose a bug that potentially allowed hundreds of third-party apps to improperly access personal data on 500,000 Google+ users, including names, e-mail addresses, ages and occupations.

Google discovered and remedied the issue in March, but didn’t publicly acknowledge the problem until it was reported in the media. The bug had existed in Google+ since 2015.

In a blog post earlier this month, Google officials said they were not able to reliably determine the identity of all of the users had been affected and found no evidence that outside developers had actually exploited the bug or improperly collected data.

The investigation of Google+ was part of a larger internal review that prompted Google to overhaul some of the privacy features at a company that, until recently, has largely avoided the high-profile controversies that have engulfed tech firms like Facebook.

In recent weeks, Google has announced a crackdown on the types of personal information that third-party developers can access from Gmail, Google’s free web-based e-mail service, along with call and text data from Android, the company’s mobile operating system. Among the changes, developers who want to access such data will have to pay tens of thousands of dollars to undergo a security assessment by an outside auditor.

Google has also found itself in the crosshairs of U.S. lawmakers and human rights organizations, who have condemned reports that Google was working to launch a censored search engine in China. That news prompted hundreds of employees to write a letter over the summer demanding an ethical review.

The company has also clashed with lawmakers this year over Google’s refusal to send a top executive to testify before the U.S. Senate intelligence committee. Facebook chief operating officer Sheryl Sandberg and Twitter chief executive officer Jack Dorsey testified at a congressional hearing in September, next to an empty chair intended for Google. The company’s CEO Sundar Pichai has since agreed to attend House judiciary committee meeting in November.

Despite the increasing regulatory scrutiny in the United States, Google’s Mr. Miraglia said the latest privacy changes were sparked by user feedback from product-research sessions the company regularly conducts with users, not concerns about possible regulatory action.

“We always want to be aware of the regulatory landscape,” he said, “but the truth is most of these things begin and end with a conversation with the users directly.” 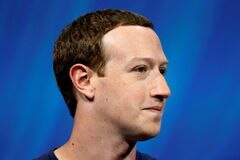 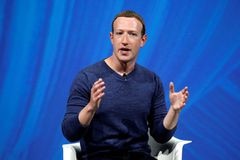