Canada’s grain industry officials are casting doubts on China’s claims it barred Canadian canola shipments owing to unacceptable levels of weeds and fungus, and are calling for a swift resolution to the impasse that jeopardizes their most lucrative market.

Some federal opposition members of Parliament say the ban, which puts at risk farmers’ biggest commodity at a time they are about to seed this year’s crop, is linked to Canada’s diplomatic tensions with China. The dispute started with Canada’s arrest of a Huawei Technologies Co. Ltd. executive, Meng Wanzhou, who is wanted in the United States. Not long after Ms. Meng’s arrest, China took two Canadians into custody, Michael Kovrig and Michael Spavor, on national security charges.

The Canadian government is publicly treating the loss of the Chinese market as a canola quality problem that needs to be verified by testing, seeking to send to China a delegation that includes officials from the Canadian Food Inspection Agency.

“Several of the weed seeds alleged to have been found in our shipments have not been found in any grain shipments from Western Canada in the past decade,” said Jean-Marc Ruest, vice-president of corporate affairs at Winnipeg-based Richardson International, which has had its Chinese import licence suspended in March.

Rick White, chief executive of the Canadian Canola Growers, said the Chinese claims of poor quality should be tested and, if necessary, dealt with as a trade issue rather than a science-based complaint.

“There is a discrepancy between what our scientists tested and what the Chinese scientists tested,” said Mr. White, a grain grower. He said the two groups need to compare their results and resolve their differences. “If they can’t agree, we’ll just call this a non-tariff barrier.”

The farming industry says it supports this measure, and is asking for expanded financial aid packages and easier access to loans to ease the burden on growers facing a cash shortage.

Canola, which accounts for 17 per cent of all Canadian exports to China and supports 250,000 jobs, is used for cooking oil, animal feed and biofuels. China is Canada’s biggest buyer of canola, importing five million tonnes worth about $2.7-billion a year; Canada is the world’s biggest grower of canola and the place where the crop was first bred to become edible.

“To say that canola is important to Canada’s trading relationship with China would be a gross understatement,” Richardson’s Mr. Ruest told members of Parliament on the international trade committee on Tuesday. “Canola and the entire grains and oilseeds complex is the foundation of Canada trade relationship with China.”

Kyle Jeworski, chief executive of Vitera, a division of Glencore Agriculture, said the Chinese ban will have a “profound impact on our industry and will continue to have major ramifications the longer it continues.”

“As a company and an industry we have been very clear on our position: all of our products have been tested to make sure they meet specific import standards. We do not believe that this is a quality issue,” Mr. Jeworski said. “We need to act swiftly to restore access to this market.”

China’s move to reduce oilseed purchases has sent down the price of canola by about 7 per cent this year, to $455 a tonne. In the past 12 months, canola prices are down by 14 per cent, caught in a downdraft caused by a China-U.S. trade tiff over another oilseed, soybeans.

China is in the grips of an outbreak of African swine fever, a disease that has led to the culling of about one million pigs and reduced China’s demand for oilseed meal. 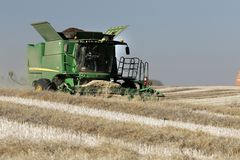 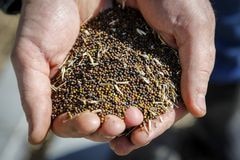 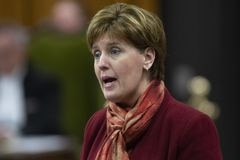