Great-West Lifeco Inc. plans to merge three of its well-known Canadian subsidiaries under one roof as it retires two brands that have been in the market for more than 170 years.

The amalgamation comes at a time when consolidation continues to sweep through the insurance sector. Canada’s largest insurers have become more cost conscious and are looking for new sources of revenue in a sector that is quickly becoming technology-driven.

Great-West Life and London Life are two renowned brands among insurance consumers. But chief executive Paul Mahon said the move to operate under one brand will simplify the business, cut back on regulatory expenses and requirements, and position the firm for future growth.

“This allows us to be more focused on a single brand, rather than have multiple approaches to products, marketing and distribution,” Mr. Mahon said in an interview with The Globe. “We can eliminate a high degree of duplication and be able to focus more of our resources on innovation, digitizing processes for the benefit of our clients, and have a single voice to speak to the market with.”

Financial technology has been a challenging and disruptive force within the insurance sector. But now, with low interest rate environments contributing to rate pressure for all insurance carriers, companies are looking for new ways to achieve cost efficiency – and that lies in freeing up assets to invest in more technology, such as automation, said Keegan Iles, a partner with PwC Canada.

“Digitization is a necessary next step for insurers, particularly in Canada which is a relatively small market internationally, to retain competitiveness, but also a platform to which they can use to scale their current book of business,” Mr. Iles said.

Great-West Lifeco and its companies have approximately $1.4-trillion in consolidated assets under administration and are part of Power Financial Corp. The merger will not affect the name of the parent company, Great-West Lifeco, or its businesses in the United States and Europe.

Great-West Lifeco’s other Canadian subsidiaries such as mutual fund dealer Quadras Investment Services and Freedom 55 Financial, which houses 2,375 advisers, will also not be affected by the merger.

Pending regulatory, board and policyholder approval, legally amalgamating the three individual product offerings, along with distribution and marketing, is a process that will take two to three years, Mr. Mahon said.

The three companies have already been under the leadership of Jeff Macoun, president and chief operating officer for Canada, who will head the expanded Canada Life company.

The Canada Life brand is no stranger to consolidation. Prior to joining the Great-West Lifeco group of companies in 2003, the company acquired Crown Life Insurance Co. of Canada in 1999 and the Canadian individual insurance operations of New York Life in 1994.

Great-West Lifeco said it will see no job losses as the three entities have already integrated several main back office services such as underwriting and information technology department, a process the parent company began in 1997 when the firm acquired London Life and again in 2003 when it acquired Canada Life.

The new product lineup – under the Canada Life brand – is slated to be introduced at the end of 2019. Current contracts would remain in place for retail customers until a renewal is required, at which point the contract would transition to the Canada Life products. Policyholders who are in group retirement and benefits products will begin to see transitions throughout 2020.

While operating under a single brand can prove to be more profitable for parent companies, the deterioration of product selection can be concerning for clients, said Jim Ruta, an insurance consultant and president of Advisorcraft in Toronto.

“Reducing the number of options consumers have is not always good news,” Mr. Ruta said. “In the past, you could shop around to find a provider who covered the exact medical needs you require. If one company didn’t offer coverage, you still had plenty others to look at; and now that number is shrinking.” 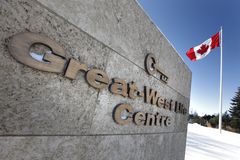