Canadian insurer Great-West Lifeco Inc. continues to bolster its presence in the U.S. retirement industry with a US$2.35-billion deal to buy the retirement business of Massachusetts Mutual Life Insurance Co.

On Tuesday, Great-West subsidiary Empower Retirement announced a plan to add US$167-billion in assets and approximately 2.5 million clients by acquiring the retirement division of MassMutual.

Based in Denver, Empower currently administers US$667-billion in assets for more than 9.7 million investors enrolled in workplace defined-contribution pension plans.

Great-West Lifeco chief executive officer Paul Mahon told The Globe and Mail that the acquisition is in line with Empower’s plans to further expand in the U.S. retirement market and to participate in the country’s consolidation of the defined-contribution record-keeping space.

“This [transaction] allows us to increase our scale and strengthen Empower’s position as the second-largest player in this growing segment of the U.S. market,” he said. “It also positions Empower as a growth engine and significant contributor to Great-West Lifeco’s value-creation objectives.”

The total transaction value of US$3.35-billion includes a payment to MassMutual of US$2.35-billion and an additional US$1-billion of required capital that Great-West needs to put aside to support the business. The deal is expected to close in the fourth quarter and will be funded with approximately US$1.5-billion of new long-term debt and US$500-million of short-term financing, as well as cash on hand.

Tuesday’s announcement is the second U.S. transaction for Great-West Lifeco in recent months as the company looks to boost its U.S. segment’s earning capabilities.

Last June, Empower purchased digital wealth manager Personal Capital for an initial US$825-million, with the potential to add up to US$175-million if certain growth metrics are met. The integration of MassMutual is expected to be completed by mid-2022, when the overall U.S. segment is projected to account for approximately 20 per cent of Great-West Lifeco’s earnings. The U.S. segment was about 13 per cent of base earnings in 2019.

“By bringing together Empower and Personal Capital with MassMutual’s profitable and complementary business model, we are confident we can further accelerate Empower’s growth in the defined-contribution market and, particularly, in the managed-account space,” said Mr. Mahon, during an analyst call on Tuesday.

However, the deal will create cost savings of about US$160-million through the migration of MassMutual’s retirement services business onto Empower’s record-keeping platform. In addition, the company said in a release that the combined entities are expected to generate “revenue synergies” of about US$30-million in 2022 and "continue to grow” in the years ahead.

In a research note, DBRS Morningstar’s head of insurance, Marcos Alvarez, says integration expenses are seen as “relatively modest” and Empower’s lower administration costs will provide “a significant source of postintegration expense-saving opportunities for the company.”

Mr. Mahon says that while the two recent acquisitions may slow down merger and acquisition opportunities in the near future, it doesn’t necessarily mean that they are off the table completely for the insurer.

“We continue to believe that there are opportunities to scale up Putnam Investments and unlock a lot of value for shareholders,” he told The Globe. “We also continue to look to Europe to broaden and potentially upscale businesses in places like Germany and Ireland.”

“So we won’t put tools down. Clearly, over the next few quarters, we want to continue to get back on side on the [debt-ratio] side. But for the right transaction, obviously, there’s other sources of capital.” 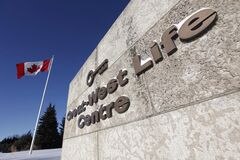 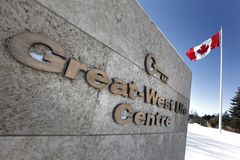 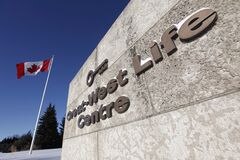