Quebec billionaire Guy Laliberté, founder of Cirque du Soleil, is in talks with potential partners to help finance his bid to win back control of the debt-laden circus troupe in a looming battle that could pit him against the very funds he sold to five years ago.

Mr. Laliberté confirmed in a statement Sunday night that he will participate in an effort to recapitalize the company damaged by the novel coronavirus pandemic. His involvement heightens the intrigue surrounding Cirque as players begin jostling to reshape its future.

Mr. Laliberté provided more details to The Globe and Mail in an interview Monday, saying he is talking to partners he declined to name with a view to making a formal bid for the company. He said he sees a recovery for Cirque taking years.

“Basically we have to rebuild the base of the house,” Mr. Laliberté said from his home in Saint-Bruno-de-Montarville, Que., where he has been staying for the past two months. “This is not a five-year thing. This is a 10-year to maybe 15-year process to have the solidity for the future,” he said.

Cirque saw its revenue drop to nearly zero in March as its live shows were cancelled around the world under government orders prohibiting public gatherings because of the pandemic. About 4,700 Cirque employees have been laid off while a core group of staffers plots how to get operations going again.

The company has now launched a formal search for new capital under a process run by National Bank of Canada and U.S. investment bank Greenhill & Co. Existing shareholders TPG Capital LP, Fosun Capital, and the Caisse de dépôt et placement du Québec are looking at their options for staying invested and recently plowed an additional US$50-million into Cirque this month to pay bills that include interest on loans.

Cirque must make a deal that satisfies its creditors, who are owed US$900-million. The Quebec government, which has said its priority is getting the company back on its feet, is involved in the file and could extend credit to Cirque as needed. A bankruptcy reorganization under the direction of a judge is also a possibility.

As Cirque’s founder, Mr. Laliberté parlayed a small fire-breathing act into a global live entertainment colossus, creating what is now a pillar for Montreal’s creative community. He sold the company to its current shareholders for US$1.5-billion in 2015 and unloaded his remaining 10-per-cent stake to the Caisse earlier this year.

Now with the company he built on the ropes, he is positioning himself as the benevolent general coming home – someone who will be able to get it back on track while rekindling “the fire” of its performers and employees. He said he has a plan for the company that involves a new lease on life with less debt.

Mr. Laliberté is also aiming to bring Cirque’s ownership back into local hands, which means wrestling control away from Texas-based private equity fund TPG, which owns 55 per cent of Cirque, and Chinese fund manager Fosun, which owns 25 per cent. These are the same funds he says he took such care in choosing as Cirque’s owners when he sold the company five years ago.

Asked how he feels about being in competition with his former buyers, he said the relationship is not adversarial and said, like him, they would also be “good contenders” to reboot the company.

“You have to understand there are only two [entities] that have managed Cirque – that’s TPG and their team and me,” Mr. Laliberté said over puffs of cigarettes during a video call. “All the other players have no idea what they’re dealing with. … This is not a trophy that you put on a shelf. … This is a beast. It’s a living organism. It’s not even a traditional entertainment company.”

Mr. Laliberté said he does not regret selling Cirque to its current owners, who have loaded the company with debt while launching an ambitious expansion strategy that hasn’t always yielded the hoped-for returns. He said he believes they were the best investors to take the company forward at the time, and declined to cast judgment on what they did right or wrong.

“Cirque was in my past,” Mr. Laliberté said. “I didn’t expect this opportunity to come. It took me a while to decide to jump, but I really think I could have fun if all the elements are there. But the fun will not come at any price. ... There’s a limit for how much Cirque should have as debt [when it restarts]. Because if it’s over a certain amount, I think this is a recipe for another failure.”

Guy Laliberté announces he will fight for control of Cirque du Soleil
Subscriber content
May 24, 2020 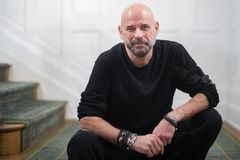