CarbonCure Technologies Inc., a Canadian carbon-tech company that has backing from funds led by Amazon.com and Bill Gates, is planning a new funding round for its expansion and is considering an initial public offering, its chief executive officer says.

The Halifax-based company, which makes a cement-like material from CO2 that cuts the carbon footprint of concrete, has attracted a lot of attention since its largest investment a year ago, from Amazon’s US$2-billion Climate Pledge Fund. Some of the buzz stemmed from its victory in a multimillion-dollar global carbon-reduction competition.

The investment “allowed us to achieve a lot of milestones and we do expect that will be out in the market again early next year for an upcoming financing round,” CarbonCure CEO Rob Niven said in an interview. The company has not disclosed the amount of Amazon’s investment.

Although there is no current plan, CarbonCure could seek a public listing down the road as it expands, Mr. Niven said. “Certainly we’re considering that. I think you have to keep all your options open but that would certainly be a probable outcome for CarbonCure,” he said.

On Monday, CarbonCure set a goal to achieve net-zero carbon emissions by 2040, a decade before global commitments for the Paris climate agreement. It is among 86 companies, large and small, promising to do so in the latest round of the Climate Pledge, an effort led by Amazon and climate-action advocacy group Global Optimism.

More than 200 companies accounting for US$1.8-trillion in revenue, including such names as Procter & Gamble, Salesforce and Hewlett-Packard, have agreed to aim for the tougher carbon-reduction target, Amazon said. Together, they are expected to reduce emissions by 1.98 billion tonnes annually by 2040.

Mr. Niven said it is more than a symbolic gesture, as it deepens an already-extensive partnership with Amazon. Besides leading a number of top tech funds in CarbonCure’s last funding round, Amazon has used the company’s product in concrete poured for fulfilment centres and even the online retailer’s new second headquarters in Virginia.

“They’re rallying companies big and small – innovators like us, but also large incumbents – to make a commitment to achieve the Paris climate agreement 10 years early,” he said. “So not only is it a commitment but it’s also a community and it allows us to be able to work with these others who share our mission and values to be able to make real progress on these climate commitments.”

The company has already said its operations are carbon-neutral. It sells credits for the CO2 it removes, and it buys removal credits from other startups in the sector. Mr. Niven acknowledged it will be a challenge achieving the net-zero goal as the company grows rapidly. Currently, more than 400 concrete plants use its products.

CarbonCure has developed technology for manufacturing the additive from carbon dioxide extracted from the stacks of such emitters as fertilizer plants and industrial gas manufacturers. Its environmental benefits are twofold – diverting the greenhouse gas from the atmosphere and converting it into a mineral, then locking the resulting product away in concrete in replacement of some of the Portland cement.

The process adds enough strength to concrete to cut the amount needed for a project by about 5 per cent, the company says. It is one solution among many being developed in Canada and around the world for cutting emissions from the ubiquitous building material, which account for as much as 8 per cent of the global total.

Last spring, CarbonCure was named as one of the winners of the US$20-million Carbon XPRIZE, a nearly five-year competition sponsored by Canada’s Oil Sands Innovation Alliance and U.S. power company NRG Energy Inc.

The winning technology is complementary to CarbonCure’s main business, involving carbonating reclaimed water from concrete plants. “It provides co-benefits of water and solid waste, like really deep reductions. These are sort of circular-economy impacts, which I’m excited to layer on to what we’re doing today,” Mr. Niven said. 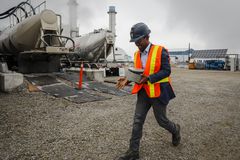 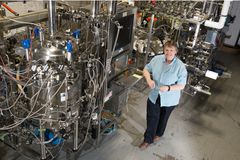 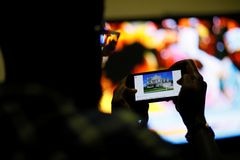