Some small businesses in Halifax say they need prompt and varied support from the provincial government to get them through what they hope is the city’s final lockdown of the COVID-19 pandemic.

After announcing the mandatory four-week closure of several small businesses, such as gyms, restaurants and hairdressers in Halifax Regional Municipality and some surrounding communities at Thursday’s provincial COVID-19 update, Nova Scotia Premier Iain Rankin said his government will ensure there is “support for businesses affected” by the lockdown.

Mr. Rankin said the Nova Scotia Small Business Impact Grant, which was introduced during the province’s last lockdown in November, would again be made available to affected businesses. In its last iteration, the grant offered a one-time disbursement of 15 per cent of a business’s average monthly gross revenues, up to $5,000, to those that were forced to close.

This approach benefitted some restaurants more than others depending on their size, according to Gordon Stewart, executive director of the Restaurant Association of Nova Scotia. Restaurants will be closed to indoor dining but will be allowed to stay open for takeout. Support offered to closed restaurants, which still have to pay many of their expenses during a lockdown, is “never going to be enough,” Mr. Stewart said.

From cheese distributor to chef, members of restaurant industry reveal what life is like one year into COVID-19 pandemic

“[With] the amount of cost of running a restaurant, what they’re going to get for revenue is just not very much at all,” he added. “If I could do anything, I would ask for more in proportion to the size of the restaurants.”

Details are still being finalized about the next iteration of the grant, a spokesperson for the provincial government said in an e-mailed statement, adding that additional details about the grant should be announced at one of next week’s COVID-19 updates.

But some businesses will be hit harder by this lockdown than restaurants, according to Patrick Sullivan, president and chief executive officer of the Halifax Chamber of Commerce.

“I’ve heard from restaurants who’ve said, when you see increases in cases like this, frankly their business falls off significantly because people stop going out,” he said. “So, actually, it’s better for them to be closed down … and move to takeout.”

Most impacted, Mr. Sullivan said, will be those businesses that have had to close completely, such as barbers, spas and salons.

“They don’t have a backup,” he said. “There’s no takeout for salons. There were hundreds and hundreds, perhaps thousands of people that were laid off as of today in Nova Scotia, which is disappointing and I can only hope that this is the last time.”

Eoin Wright, who owns Brewery Barber in downtown Halifax, said he’s applied for every provincial program that his business is eligible for but still, he faces a “dire situation.”

“I’ll be receiving absolutely zero [business] income,” Mr. Wright said, adding that he’s waiting to apply for the province’s Small Business Real Property Tax Rebate Program, which was announced Mar. 2. “We could sure use that money now,” he added.

Mr. Stewart said he supports the provincial government’s decision to close businesses in Halifax, adding he’d rather see a lockdown now than over the summer months.

“No one likes this,” he said. “But, at the end of the day, everyone realizes that, if we don’t nip it in the bud now, we’ll end up like Ontario, Alberta, Quebec [or] B.C., which are in terrible shape and the recovery period is going to be so much longer.”

The lockdown took effect Friday morning and is set to end on May 20. 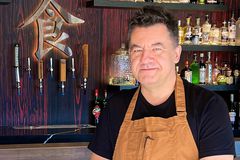 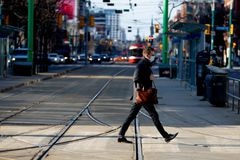