Wattpad, which is attempting to build a global entertainment business fueled by user-generated fiction published on its online platform, is announcing Monday that it will open its second headquarters in Halifax’s Volta Innovation Hub in 2020.

“We do not want this to be a branch office but a full-blown headquarters equal in capability and capacity to our Toronto headquarters,” CEO Allen Lau said. He said a few Haligonians working for the 180-person company have volunteered to move home to seed the office but declined to share further details.“This is not a one-year project. We want to use the announcement as the foundation to start building.”

Halifax mayor Mike Savage said Wattpad’s arrival “validates our value proposition … of offering talent, location and cost. We’ve become much more of an innovation city in the last few years and it’s exciting to have companies like Wattpad choose to be part of it.”

Halifax is home to a small but thriving tech scene, with 199 startups as of 2018 employing 2,148 people, according to local research firm Entrevestor. The city of 435,000 has been keen to exploit its advantages to attract outside businesses, including its seven postsecondary institutions, low living and operating costs and government incentives. IBM, Royal Bank of Canada and eBay have opened operations there, alongside venture capital-backed startups.

Halifax is one of several smaller Canadian cities including St. John’s, Fredericton, Quebec City, Saskatoon, and Kelowna that have produced successful startups in recent years. With the big tech hubs of Toronto, Montreal and Vancouver experiencing talent shortages and upward cost pressures, the Halifax expansion “is a way of thoughtfully dealing with the wage and labour pressure that are being felt in Toronto,” said Wattpad board observer Peter Misek. “It remains to be seen [what] quality of talent they can acquire and what the scope of the market looks like.” Halifax was among the many cities trying to draw Amazon.com to establish its second headquarters, but in early 2018 fell out of the running when it didn’t make the short list.

Wattpad set out this year seeking to locate its second HQ in a Canadian metropolitan area with less than 1.5 million people, a “strong technical, business and creative labour force” and solid postsecondary programs, reasonable cost of living and housing, and within a three-hour direct flight from Toronto, according to its request for proposals. The company said it would “give strong preference to regions” committed to helping it secure government subsidies and other support. In return it pledged to help draw other tech companies and investors to the winning city. “We looked at many cities ... and Halifax came out on top in pretty much all areas,” Mr. Lau said. “I want to tap into the talent pool who want to live in a smaller city.”

“Wattpad represents the type of fast-growing and globally important companies that can have a big impact in Halifax,” said local entrepreneur Jevon MacDonald, who co-founded Volta and whose latest startup Manifold provides services to software developers. “It is my hope that the HQ2 model of expansion will bring new talent and capabilities to the Halifax ecosystem while Wattpad will have access to the vast amount of talent in software and media in the city.”

Wattpad has built one of the top Canadian-based consumer internet businesses, with 80 million monthly users – writers who post fiction on its platform and readers who access the content primarily by smartphone. Wattpad mines user engagement data to predict what stories might be hits in other formats and has signed licensing deals with publishers and studios globally. Wattpad started a publishing arm this year to turn stories on its platform into books and has launched other monetization efforts, including a “premium” ad-free service and paid access to some stories.

Editor’s note: (Dec. 9, 2019) An earlier version of this article included an incorrect spelling for St. John's. 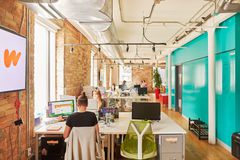 ROB Magazine
Revenge of the nerds: How reading app Wattpad is using AI to create the next Disney
August 14, 2019 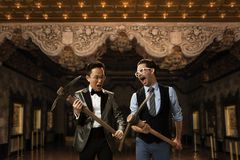 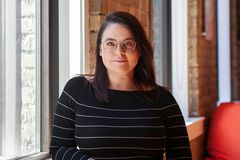