Two weeks after much of Ontario reopened, Aba Mortley was optimistic that her business would recover despite the financial strain caused by the global pandemic.

Her hometown of Kingston, Ont., had only reported about 100 cases of COVID-19, and she had a long list of clients waiting to get into her Cher-Mere Day Spa.

But her hopes were dashed when health officials announced a COVID-19 outbreak at a local nail salon, urging over 500 people who had visited the establishment between June 12 and 24 to get tested.

The ensuing public backlash was swift, says Ms. Mortley, whose spa has not had any cases of the virus.

“I was personally attacked,” she says. “They said ‘how could you open?, you’re so greedy; how dare anyone go to the spa!‘”

Business evaporated at all spas in the city, she says. The collateral damage hit other sectors, too, such as restaurants and hotels as customers crawled back to their homes.

Kingston, a city that relies heavily on tourism and revenue from three postsecondary institutions – Queen’s University, the Royal Military College of Canada and St. Lawrence College – has been hit hard by the lockdown.

The schools provide an economic boost to the region and many of the events they host, such as homecomings, football games and convocation, bring in people from across the country.

But with most schools moving classes online in the fall semester, much of that revenue has vanished.

Queen’s University typically has 24,000 students on campus, but only about 6,600 are expected to attend in person in September.

“Kingston tourism is getting hammered,” says Sean Billing, the owner of Frontenac Club, a newly relaunched boutique hotel in the city’s downtown core.

“You’re at a point where you’re not making enough money to maintain your property.”

Mr. Billing had hoped to launch earlier in the year, but construction delays compounded by the global pandemic made that impossible until three weeks ago.

Now he’s hopeful business will soon pick up – he’s had plenty of calls and bookings for late August and early September as families return to drop off their sons and daughters at school.

Many students had already signed leases when the pandemic hit and would still like to experience the city even if they cannot attend class, he says.

Outside city hall, Mayor Bryan Paterson sits at a table underneath an umbrella in a bustling square. Vendors hawk fresh fruit and vegetables as diners sit on nearby patios. Live music is set for later in the evening.

A man wearing a mask walks up and asks the mayor how much longer he’ll have to cover his face, hoping it will be done by Christmas.

“I think it’s probably going to be after Christmas,” Mayor Paterson tells him.

Mayor Paterson and the city’s business leaders expect the fallout from the pandemic to last several years. About 6,000 people have lost their jobs during the pandemic in Kingston, a city of about 130,000 people.

The city has temporarily laid off about 300 of its own workers, although many are slated to return in September.

Right now, balancing the books before the end of the fiscal year is one of Mayor Paterson’s top priorities, as municipalities cannot run deficits. The latest projections show the city will be $4-million in the red, he says.

He’s also worried about the city’s restaurants and bars, among highest per capita in the country, according to Tourism Kingston.

“It’s been very hard for restaurants, particularly here in the downtown you’ve got small restaurants that generally try to pack in a bunch of people ... and they depend on a lot of tourist traffic,” he says.

Tim Pater is the owner of Black Dog Hospitality Group, which has four restaurants in the downtown core. During lockdown, they shifted to takeout and delivery, but sales were down about 80 per cent.

The federal government’s wage subsidy has been a tremendous help, Mr. Pater says, as has the city’s property tax deferral and the move to expand patios into parking spaces.

But he has noticed most diners do not want to eat inside, despite new physical barriers and plenty of hand sanitizer.

“Like the Game of Thrones, winter is coming and everyone doesn’t want that to happen,” Mr. Pater says.

But the snow will fall at some point and patio business will dry up.

“For us to remain viable through the winter time, we’re going to have to see some of the government programs continue,” he says.

“My life’s work is in the balance here for something that I didn’t do.”

Dan Irwin, the executive director of Partners in Mission Food Bank, says demand for food spiked in March when many people got laid off.

By late April, once the federal government rolled out the $2,000-per-month Canada Emergency Response Benefit payments, demand dropped to below pre-pandemic levels, where it’s stayed since May.

CERB has been really good for the people of Kingston, Mr. Irwin says. “The money goes further here.”

But he warns the food bank has about a four-month stockpile of food, which wouldn’t be enough if Ottawa ended the emergency financial aid.

“People need to realize that almost all of us are within one or two paycheques from needing assistance,” he says.

The city hopes students will soon return to Kingston, bringing in a much-needed cash infusion. But with them come the parties – and potentially the virus.

Queen’s students for years have taken to the streets en masse to party, usually at homecoming in the fall and on St. Patrick’s Day in the spring.

The mayor says the city will not stand for that type of behaviour this year and police will enforce the COVID-19 gathering limits.

It feels like we’re walking into the great unknown, says Ms. Mortley, the spa owner.

“I’m tired but hopeful,” she says. “If I’m not hopeful then I don’t know what the point is to all this, so I cling to the idea that there will be something better in the long term.” 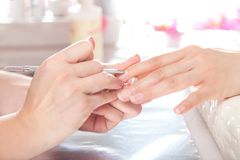 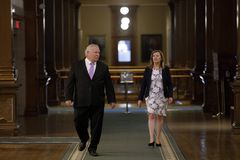