The first wave of COVID-19 broke the math that fuels restaurants – their expectation of steady revenues gone in an instant, leaving little to cover costs. The pandemic’s second wave is shattering the sector itself.

Main Street or Bay Street, major chain or mom-and-pop: Restaurants and bars are gathering places for communities. But gathering is now dangerous, and this fall’s combination of restrictions, lockdowns and jurisdictionally staggered government relief programs has left the hospitality sector at the edge of destruction – giving the clearest glimpse yet of the long tail of the pandemic’s economic devastation.

Many restaurateurs are on the cusp of giving up. Some already have.

Thousands of entrepreneurs and more than a million Canadians who work in the hospitality sector – many of them young or from vulnerable segments of the population – have watched their livelihoods disappear. Millions more may lose gathering places central to their lives – restaurants and bars that saw bread broken with family, marriage questions popped and business deals hashed out.

The sector’s collapse is worsened by the state of federal assistance programs, restaurateurs say, as a delayed rent relief program and reduced wage subsidies threaten establishments and workers alike. “Without the government realizing how dire it is, and with lockdowns continuing to persist, you could see up to 90 per cent of the industry not come back if this drags into next year,” says Andrew Oliver, president of the Oliver & Bonacini hospitality company and an organizer of the Save Hospitality lobby group.

That will be particularly devastating in high-rent areas, and threatens to reshape downtown cores. “The people they’re hurting are restaurant workers in lockdown zones in some of the most expensive cities to live in,” he said.

Indoor dining has been banned again in a growing number of jurisdictions since late September, when Quebec restricted service in Montreal and Quebec City to delivery and takeout. Manitoba entered a similar lockdown on Thursday, while Toronto extended its ban this past week, too.

But not every restaurant is designed for takeout or delivery. Getting dim sum with friends, or sitting down for a steak or cocktail, is an experience. “Our business models weren’t set up for takeaway," said Mandel Hitzer, who runs deer + almond in Winnipeg. "We do slow food, we do everything from scratch.”

With downtown towers emptied out across the country, these kinds of institutions are in peril. Montelcito, Ivan Reitman and Jonathan Waxman’s Adelaide Street West staple in Toronto, announced this past week it would close permanently, leaving only a bottle shop open. King Street Company Inc., the owner of Toronto’s Buca restaurants, Jacobs & Co. Steakhouse and La Banane, obtained creditor protection this month after owing nearly $35-million. In filings, the company blamed government shutdowns for a 98-per-cent decrease in year-over-year sales between April and September.

The pain is being felt across the country. “The restaurant industry will change, everything will change,” said Normand Laprise, co-owner of Montreal’s celebrated Toqué restaurant and one of Canada’s top chefs. He said he’s lost two highly skilled sous-chefs so far who’ve quit the business in recent weeks, including one who went into finance.

Mr. Laprise said federal aid has helped, but he hasn’t seen a penny of the assistance offered by Quebec more than a month ago. “We’ll get out of this," he said, but the question is “how much we lose” in the process in terms of money, talent and the sophisticated products Canada has taken years to develop. “It won’t be like it was before,” the Order of Canada recipient said.

Adding to the sector’s devastation is the uneven relief being doled out across the country. Quebec has offered locked-down businesses up to $15,000 a month to cover eligible costs; this past week, Manitoba offered $5,000. Ontario has offered grants for personal protective equipment, as well as property tax reductions and employer health tax exemptions for small businesses.

But the biggest, multibillion-dollar relief promises have come from the federal government – which has stumbled frequently in delivering small-business relief programs.

Federal supports for the sector have been in limbo since Bill Morneau resigned as Finance Minister in August. His successor, Deputy Prime Minister Chrystia Freeland, promised to review Ottawa’s widely criticized rent relief program, and later its wage subsidy, but few details emerged by the end of September.

Ms. Freeland eventually announced an updated wage subsidy and the Canada Emergency Rent Subsidy in early October, but they still have not received Parliamentary approval after last-minute changes, and may require new legislation to correct a procedural error.

A key part of that new rent subsidy is more funding for businesses stuck in lockdowns that could cover up to 90 per cent of their rent. But Ottawa’s delays have lobby groups and opposition politicians warning that entrepreneurs could be without a lifeline until sometime in December, leaving many restaurateurs concerned for their future.

Some no longer have a future to be concerned for. Just days ago, Montreal’s storied boîte à chansons, 2Pierrots, announced it would close permanently.

Owner Marilou Sciascia Ruel said the live music and singing establishment, located in the city’s old quarter, last welcomed customers on March 7 and has generated no revenue since then.

“I used everything I could” in terms of federal and provincial financial assistance, Ms. Ruel said. “It helped. Did it save us? Absolutely not."

Even for restaurants that aren’t locked down, it’s a struggle to survive. In Wainwright, Alta., two hours east of Edmonton, Iman Yehia runs Tony’s Pizza and Grill along with her family. Business is still down 60-per-cent below normal sales, because the restaurant doesn’t have the usual orders coming in for school lunches or from oil industry and military families who feel squeezed.

Ms. Yehia said she was looking forward to another cash infusion from Ottawa’s Canada Emergency Business Account interest-free loan program, which was expanded in October. “We’re waiting for the next $20,000 to help keep up with the rent and utilities,” she says.

Ms. Yehia has had to lay off all 11 employees at the restaurant and is keeping it going with the help of family. But she’s riddled with anxiety not knowing when the federal money will kick in, especially because she’s expecting more restrictions. Alberta hasn’t tightened its rules yet, "but I think that’s coming soon,” she said.

The Canadian Chamber of Commerce has warned that as many as 60 per cent of restaurants could fail this fall.

“People are suffering, unless they have deep pockets,” says Tonny Louie, the owner of Grossman’s Tavern on Toronto’s Spadina Avenue and the chair of the Chinatown Business Improvement Association. Restaurants in the neighbourhood have seen revenues plunge at least 80 per cent, while his bar is down nearly 100 per cent without its main draw of live music. Even when he can open the bar’s patio, it only brings in a few hundred dollars a day.

The gap between Toronto’s restrictions and the lack of federal aid is a wide one for Mr. Louie. “If you allow partial opening of indoors with six-foot distancing, and 10 or 15 customers at one shot ... that could pay for utilities, some variable costs. But that’s not going to help you on rent or your property taxes.”

Asked if Ms. Freeland’s office had any response for businesses who are scared for their survival because of the lack of relief for rent costs, spokesperson Katherine Cuplinskas said, “It is our sincere hope that all parliamentarians, including those in the Senate, will come together to support the swift passage of this important legislation."

It can’t pass swiftly enough. Linda Love had to let go of her 10 front-of-house staff last week at the Resto Gare Bistro and Train Bar – a Winnipeg tradition since 1970 for birthdays, anniversaries and other celebrations.

Now, Ms. Love is trying to run a takeout operation with three people in the kitchen and a third-party delivery service that takes 25 per cent of each total bill. The Christmas business that she usually counts on is likely gone this year.

Ms. Love expects business to be rough until sometime in 2022, and is just trying to hang on. If she can, she believes people will be back in droves. “People are going to be sick of fast food. If we can get through this, we can still be strong."

Open for business: How Saint John’s shops and restaurants sprang back after the pandemic hit
Subscriber content
November 1, 2020 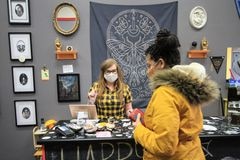 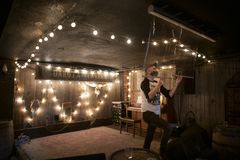 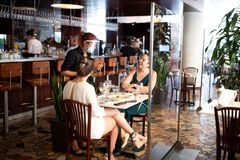 Follow Josh O’Kane, Frances Bula and Nicolas Van Praet on Twitter @joshokane @fabulavancouver @NickVanPraet
Report an error Editorial code of conduct
Due to technical reasons, we have temporarily removed commenting from our articles. We hope to have this fixed soon. Thank you for your patience. If you are looking to give feedback on our new site, please send it along to feedback@globeandmail.com. If you want to write a letter to the editor, please forward to letters@globeandmail.com.
Comments