Small business owners are starting to crunch the numbers to take into account higher Canada Pension Plan (CPP) premiums that will be phased in starting in 2019 – increases that could force them to cut hours and delay hiring as well as other investments needed to grow their companies. While there have been some tax and premium cuts that may help businesses save money, owners say they’re not nearly enough to cover rising CPP and other costs.

Over the next five years, an employer and employee will each contribute 5.95 per cent of the employee’s income to the CPP, up to the yearly maximum pensionable earnings (YMPE) rate of about $55,000. (The YMPE rate increases annually and is $55,900 in 2018.) The premium increase, which will happen gradually starting in 2019, will rise from the current rate of 4.95 per cent.

While Ottawa recently announced that employment insurance rates will see a slight drop in 2019, and there will be a further reduction in the federal small business tax rate in 2019, which will be a bit of help, “the net effect [of the higher CPP premiums] is still a payroll tax hike for small employers and smaller paycheques for employees,” says Dan Kelly, president and CEO of the Canadian Federation of Independent Business (CFIB). He says the extra money business will pay for CPP premiums will likely come through wage or benefit restraint.

The CFIB is calling on the new Ontario government to halt the upcoming CPP fee hikes, citing a survey showing 84 per cent of its members want the change stopped. The CFIB argues that changes to CPP require the support of two-thirds of the provinces representing two-thirds of the population, which would give Ontario, the largest province, an effective veto.

For Mike McLaine, owner of Precision Laser, which specializes in tattoo removal and other skin care services, the higher CPP premiums are yet another cost that will pinch profits in his business.

“When you multiply that across a business where staffing is a major cost component of running the business, it starts to really impact,” says Mr. McLaine, whose business employs 10 people across its two locations in Toronto and London, Ont.

While his employees earn more than minimum wage, some are seeking an increase that ensures they're still paid well above those minimum rates. When compounded with higher CPP premiums, “it really can take its toll,” he says.

Mr. McLaine has yet to crunch the numbers on the impact of the higher CPP premiums, but worries about how it might affect customer service if he’s forced to reduce staff hours.

His broader concern is that boosting the CPP rates will lull many Canadians into thinking that CPP will be enough for them in retirement. “That could discourage people from doing their own saving for retirement,” he says.

Gilleen Pearce, a spokeswoman for the Better Way Alliance, a group of business owners that support the higher CPP, says companies should view the increase as short-term pain for longer-term gain for both sides.

“I get it … it’s an extra cost and it hurts,” says Ms. Pearce, who also owns Walk My Dog Toronto, a dog-walking business with 10 employees. “When people have an appropriate pension, they can plan for retirement. They can spend more money. Our logic is that the more money people have, and the more stability and security they have, they will spend more money in our local economy … . Long term, it’s going to pay off.”

Justin Thouin, co-founder and CEO of LowestRates.ca, says his company can manage the higher CPP rates because it’s growing. However, he says if the higher premiums had come out when he started the company seven years ago, when finances were tighter, it would have made expansion more difficult.

“That would have limited the growth of the company and the number of people we hired. There’s a snowball effect,” Mr. Thouin says. “[The higher CPP premiums] could lead to less healthy companies with lower margins.”

Instead of forcing companies and employees to pay more into CPP, Mr. Thouin believes they should focus on helping Canadians to become more financially literate, including learning how to save so they don’t have to depend on government programs like CPP in retirement.

“We need to treat the problem, which is financial literacy and lack of, rather than just throw more money at the symptoms,” he says. 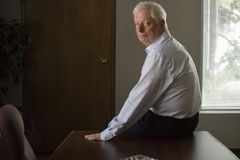 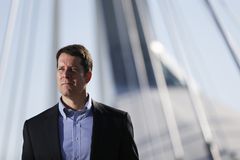