Larry O’Reilly stands in a studio in north Toronto, his back to a green screen and facing a piece of camera equipment that captures his every movement. At an office in New York, more than 700 kilometres away, a life-sized hologram image of Mr. O’Reilly floats at the front of the room as he answers live questions, swaying from side to side occasionally as his hands gesture in real time every few minutes.

Mr. O’Reilly, chief executive of Toronto-based ARHT Media, is simultaneously talking about and demonstrating his company’s futuristic technology, which enables speakers to appear live onstage or at meetings from anywhere around the globe. ARHT is betting its virtual technology will become the next frontier of remote communications, especially as stay-at-home orders and travel restrictions continue amidst the coronavirus pandemic.

Mr. O’Reilly first saw ARHT’s technology about three years ago during a demo at the company’s former office location in downtown Toronto. The company’s founders told him they were going to have him talk with someone in Los Angeles through hologram.

“They beamed the person in live, and my reaction was, I just couldn’t believe it,” he recalls. “It felt exactly like the person was in the room with me.”

ARHT has traded on the TSX Venture Exchange since 2014 when it went public through a reverse takeover. It saw its stock briefly soar last month on expectations that demand would climb at a time when travel is bound to face long-term restrictions. The shares rose from 10 cents on June 1 to a peak of 82 cents by July 20, then slid back to close at 38 cents on Friday.

Earnings growth has come slowly so far for the startup company. Although revenues doubled in 2019 to $3.3-million, it is not yet profitable, reporting a loss of $3.8-million last year. Mr. O’Reilly says he expects the company to become profitable by the fourth quarter of this year and possibly as early as September.

The vast majority of ARHT’s funding in the past two years has come from insiders and investors friendly to the company, according to Mr. O’Reilly.

“Our most recent raise was a $1.6-million debenture that closed in January this year, and with the significant appreciation in our share price in July, investors have exercised options which provided additional liquidity,” he said.

Corey Evans is senior manager of sponsorship and event marketing at Canadian holding company ATCO, whose CEO used ARHT’s technology in a presentation in Scottsdale, Ariz., last year. Mr. Evans said that when he first saw the holographic technology for himself, he felt the same way he had years back when he viewed a PowerPoint presentation for the first time.

“I remember thinking, ‘Wow this is amazing,‘” Mr. Evans said. “It was next level when it came to presenting and holding people’s attention.”

In his previous job as senior manager of content and sponsorship at WestJet, Mr. Evans commissioned ARHT media to help produce a Christmas ad that featured a holographic Santa Claus interacting with families as they were given free trips and gift cards.

It was a big hit. “People were amazed, stunned. There was a little bit of disbelief,” he said.

ARHT’s technology has been used by companies and institutions such as Imperial College London, Rogers, and Swedish telecommunications company Ericsson to beam in executives or speakers into conferences and meetings.

The company uses studio space – in locations such as Toronto, New York, Los Angeles, London and Hong Kong – to beam holographic images of speakers, who stand in front of a screen surrounded by a patented video “capture” system and speak as they normally would to an audience. By using the “ARHT engine,” a server that employs the company’s proprietary software, the speaker can also connect with their audience, who they can see through a monitor in the room.

On the audience’s end, which is also linked to the company’s server, the speaker shows up on a holographic screen that displays the individual in either HD or 4K, the latter offering a display resolution of around 4,000 pixels.

What ARHT is doing now, Mr. O’Reilly said, is taking a unique and patented product and figuring out how to make it as widespread and accessible as possible by standardizing the technology and reducing costs.

ARHT has trained third-party operators across cities to be able to set up and operate the technology when it’s needed at different events; they work to make sure things are running smoothly on both the speaker’s and the audience’s ends.

Mr. O’Reilly says the real growth area, however, is in permanent installations that the company offers clients. More than half of the current sales come from clients who purchase ARHT’s equipment to use on an continuing basis; they range from companies that use the technology for internal training and high-level internal meetings to universities that use the technology to beam experts and lecturers, to AV operators who operate conferences and live events. On top of what ARHT gets from selling its equipment, it also receives transmission fees that clients pay every time they use the technology.

Greg Mills, an investor in ARHT and former head of global equities for RBC, said that back when he was working and travelling constantly for meetings, it would have been interesting to have technology like ARHT’s at his disposal to create the same personal connection with team members and clients without having to get on a plane overnight to fly to a different continent.

But what he finds most attractive in the company, Mr. Mills said, are the operating margins. Selling the technology makes a certain amount of profit, but the recurring revenue model from the transmission fees ARHT collects every time someone uses the technology, is what has the power to make the business more profitable, he said.

Mr. O’Reilly believes the increased interest in the company and its stock is not just a result of COVID-19, but also of companies’ efforts to reduce their environmental footprint as well as ARHT’s increased global reach.

“Zoom has been terrific, however enterprise clients are looking for the next level of presentation,” he said.

I’m imagining what a post-COVID future could look like
April 28, 2020 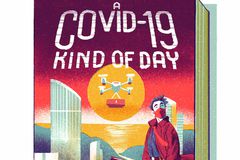 Indecipherable from the real thing
November 26, 2018 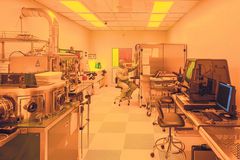 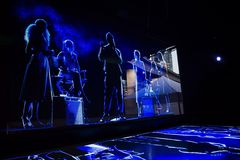