Holt Renfrew & Co. is closing its store in Edmonton in January after having shut two others in 2015 in a luxury-fashion market that is getting more crowded and shifting to bigger cities and e-commerce.

Over the past few years, high-end foreign players have invaded Canada, ranging from Saks Fifth Avenue to Nordstrom, while brands that are sold in those stores, such as Hermes, have expanded their own stores. But the competition has intensified in just a few key markets, such as Toronto and Vancouver.

“It’s definitely more crowded than it was a couple of years ago,” Robert Zeidel, chief operating officer of Holts, said in an interview on Tuesday. “It forces everyone to step up their game. The consumer ultimately is the winner.”

Holts has been a latecomer to selling online but this year, for the first time, it has expanded its online offerings beyond cosmetics to all of its fashion categories, reducing the need for physical stores in smaller markets. It’s been shutting stores over the past several years and will end up with just six in the next couple of years in four cities – Toronto, Montreal, Vancouver and Calgary – from nine stores a decade ago (in seven cities).

Foreign retailers started to view Canada as an attractive market in a postrecession era when retailers here were hit less by the downturn than their counterparts elsewhere. In 2013, Toronto-based Hudson’s Bay Co. acquired New York-based Saks Inc., about a year after Nordstrom Inc. of Seattle announced it was expanding here.

Still, men’s and women’s apparel sales over all in Canada struggle to make gains as consumers shift their spending to technological gadgets, travel and eating out, industry experts say. Saks, for its part, has put on hold its expansion plans in Canada after having opened just three stores and having once planned for seven or eight.

In 2018, adult clothing sales were flat at $23.6-billion while the year before they fell 2 per cent after having peaked at $24-billion in 2016, according to market researcher NPD Group. “What consumers value most has changed from material goods like apparel to experiences,” said Tamara Szames, NPD’s fashion director.

Jennifer Marley, partner at strategy consultancy Sklar Wilton & Associates, said with the addition of Saks and Nordstrom in Canada, Holts has moved even more upscale.

“Focusing clearly on a high end brand experience in bricks and mortar in Toronto, Montreal, Vancouver markets makes a lot of sense as that is where the money is,” Ms. Marley said. In the online world, Holts’s competition is primarily outside of Canada, she added. “Canadian luxury buyers would likely love the ability to buy and return easily within Canada, thus avoiding the delays at the border.”

Mr. Zeidel said Holts is closing its Edmonton store on Jan. 11 because the lease expires then, not because of declining business. He said the company is focusing on its largest stores, investing $400-million between 2016 and 2020 to expand and upgrade its operations.

Among other moves, it will shut its Holts store in Montreal and move into a bigger space under its Ogilvy banner in that city. And it will close its menswear store in Toronto and expand those offerings in its flagship store. The initiatives come as sales at privately held Holts rose in the “high single digits to low double digits” to $1-billion last year, he said. Profits, however, have been pinched from the heavy investments, he said.

Shaw resorts to secondary offering to sell Corus stake after failing to find a single buyer
Subscriber content
May 15, 2019 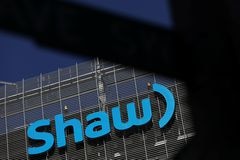 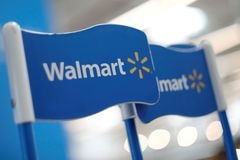 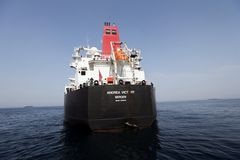