A drop in the number of low-rise houses under construction in the Toronto region has led to job cuts for workers who specialize in home-building trades.

The number of detached and semi-detached houses under construction in the Toronto region fell sharply this spring, forcing companies in the home-building sector to cut staffing levels, especially in trades such as framing and bricklaying that feel the earliest impact of a slowdown.

“We started seeing it a bit at the end of the year last year, but it certainly hit in the spring,” said Richard Lyall, president of the Residential Construction Council of Ontario, which represents home construction companies.

“The winter was still relatively busy because there was still some finishing work and closings, but certainly in the spring, framing took a hit and bricklaying took a hit.”

His organization’s statistics show a 25-per-cent drop in low-rise residential construction jobs between February and May compared with the same period in 2018. Mr. Lyall said there was an increase in construction employment in the stronger high-rise condominium sector, however.

Ontario posted a decline in residential construction employment in each month between March and June compared with the same months last year, according to data compiled by Statistics Canada for The Globe and Mail.

The largest monthly employment decline came in June, when the total number of residential construction jobs fell by 23 per cent to 88,600 from 114,800 in June, 2018.

The employment data are available only for Ontario as a whole and do not break down activity in the Toronto region. However, Statscan said 49 per cent of the province’s residential construction workers live in the Toronto area.

Mr. Lyall said some workers have shifted to other construction sectors to find work, but for others, their skills are not easily transferable.

Trades involved in the early stages of building, such as concrete pouring and house framing, were first to see their business fall, he said, while interior “finishing” trades have seen the impact later.

Statscan warned that residential construction employment was near its record high in June last year, so the steep decline may not signal a trend that will continue.

The low-rise construction slowdown came after new home sales fell sharply in 2017 and 2018.

Developers typically put new projects up for sale long before breaking ground, and major preconstruction sales declines in 2017 and 2018 laid the groundwork for the construction slowdown this year.

Sales of preconstruction low-rise homes in the Greater Toronto Area dropped by 58 per cent in 2017 compared with 2016, then fell a further 50 per cent in 2018 over 2017, according to data prepared by Altus Group.

David Wilkes, chief executive of the Building Industry and Land Development Association, which represents developers, blames much of the sales slump on the mortgage stress test that took effect at the start of 2018, which reduced how much buyers could afford to pay.

Mr. Wilkes said some buyers could not qualify for any mortgage, while many others opted for cheaper homes such as condos or townhouses, rather than detached houses.

“We’ve seen that the mix is changing and people aren’t buying their preferred house, but one that would allow them to meet the stress test,” he said.

He said builders have been adjusting by lowering their pricing and by launching a greater number of townhouses to match the shift in market demand.

A slowdown in housing starts this year suggests the construction downturn may continue in coming months. Housing starts − which reflect the launch date of construction − fell by 50 per cent for detached houses in the Toronto region in the first half of 2019 compared with 2018, CMHC reported.

However, Mr. Lyall says he believes construction employment is stabilizing.

Moreover, preconstruction sales have picked up in 2019 from their low base in 2018, which could spur more construction activity this fall or in 2020 as new projects launch. Single-family home sales rose 127 per cent in June, for example, although still remain 30 per cent below the 10-year average, according to Altus data.

“Certainly if demand continues to move up, I expect the market will respond to that," Mr. Wilkes said. “We are seeing projects being launched in the single-family and the mid-rise or mid-density areas.” High house prices have some Canadians thinking tiny, but not all cities on board 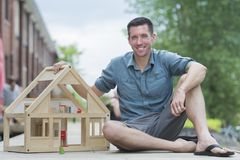 'Lobby is on the wrong side of this issue’: CMHC head takes on real estate industry with defence of mortgage stress tests Subscriber content 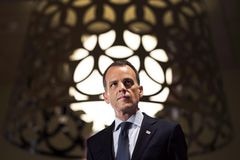