Home Capital Group Inc. has seen a sharp drop in deferred payments on mortgages for clients who sought relief amid the coronavirus pandemic, an encouraging sign for banks and other lenders that have put hundreds of thousands of loan payments on pause.

The alternative mortgage lender’s deferrals fell from 9,903 mortgages worth more than $3.9-billion as of April 30 to 2,698 loans with a combined balance of $1.3-billion by July 31, according to second-quarter financial disclosures Home Capital released on Thursday. Most borrowers whose deferrals expired returned to making normal payments or restructured their loans to allow them to make lower payments over a longer period.

The runoff of many deferrals at Home Capital, which mirrors similar recoveries at rival mortgage lenders Equitable Group Inc. and First National Financial Corp., indicates some respite for financial institutions that are bracing for a potential spike in loan losses. But much of the low-hanging fruit has been plucked: Some deferrals that expired were for clients who took them as a precaution when the pandemic lockdown began, but never faced severe financial hardship.

The next test will come when the country’s Big Six banks report fiscal third-quarter earnings in late August. The trend among mortgage lenders suggests banks’ deferral rates “could be meaningfully lower,” Mike Rizvanovic, an analyst at Credit Suisse, said in a note to clients in late July. But because big banks allowed many clients to defer payments for longer, “we don’t expect the Canadian banks to report the same pace of decline in deferred balances,” he said.

Nearly 2,700 Home Capital borrowers who still have mortgage payments on hold “are people who are having more difficulty, even though it’s a smaller portion,” Yousry Bissada, the lender’s chief executive officer, said on a Thursday conference call. And while actual write-offs are still rare, at 0.02 per cent of all loans in the second quarter, Home Capital earmarked another $18.7-million in provisions for credit losses – the funds lenders set aside to cover loans that may not be repaid – as a precaution amid a fragile economic recovery.

“We’re working through it, we keep giving [clients] options,” Mr. Bissada told analysts. “And we do expect [the number of deferrals is] going to continue to go down as we help them work through it, short of a second wave of unemployment or [COVID-19 cases].”

Home Capital issued $1.5-billion in new mortgages in the second quarter, up from $1.28-billion a year ago. New mortgage business was hampered by a sluggish spring housing market that stalled as the novel coronavirus spread, but has roared back to life in recent months, giving lenders such as Home Capital a more optimistic outlook.

Regulators have warned about the potential for “cliff effects,” in which large numbers of borrowers could suddenly find themselves in default as relief programs expire. But Home Capital’s drop in deferred loans and comparable declines of more than two-thirds of deferrals at Equitable Group and First National suggest many borrowers are returning to more solid financial footing as parts of Canada’s economy reopen. By allowing most deferrals to expire and extending others, “we’re trying to turn what some describe as a cliff into a slope,” Andrew Moor, CEO of Equitable Group, said on a conference call in late July.

Thirteen Canadian banks had deferred payments on a combined 760,000 mortgages as of June 30, according to the Canadian Bankers Association, but the number of deferrals that have expired or been renewed has not yet been disclosed.

There are also differences in the ways mortgage lenders structured their pandemic relief programs. Most major banks offered deferrals of up to six months up front, but Equitable and First National gave deferrals of three months or less and granted extensions case by case.

Home Capital approved two-month deferrals for any borrower whose account was in good standing and who said the pandemic had affected them, but required formal applications for extensions. That gave the company a chance to suggest alternatives.

On average, Home Capital clients who are still deferring payments have mortgages worth 62 per cent or 63 per cent of their home’s total value, meaning they have equity that can act as a cushion if they’re unable to resume payments.

“The worst and absolute last case is they sell the home or we help them sell the home,” Mr. Bissada said, but he thinks clients with ongoing deferrals still have a real chance to recover. “If we felt someone had no opportunity, we wouldn’t approve them for a deferral.” 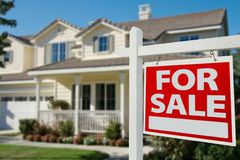 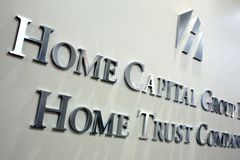