A shareholder is putting pressure on recovering mortgage lender Home Capital Group Inc. to buy back $60-million in shares and speed up plans to streamline the company’s capital structure.

In an open letter, the chief investment officer for Shanghai-based Kingsferry Capital Management Group Ltd., Hugo Chan, argues the lender is overcapitalized and suffering from low liquidity as trading activity in its stock has declined.

Home Capital has preached patience and prudence as it continues a slow but steady rebuild of its mortgage portfolios following a run on deposits and a liquidity crisis in the spring of 2017. Yet it is also working on plans to make its capital structure more efficient and for the first time described that process as “a top priority” during a recent conference call with analysts. The question now is how fast the company should move to spend or return excess capital – and how patient shareholders will be.

Last week, Home Capital reported second-quarter financial results that included an uncommonly large capital buffer, with a common equity Tier 1 (CET1) capital ratio of 23.21 per cent. Executives cautioned they will need to use some of that capital to fuel the lender’s continued growth, adding more residential and commercial loans. As a result, it could be February of next year – or perhaps even later – before Home Capital makes moves to buy back shares or reinstate dividend payments.

Kingsferry, by contrast, thinks now is the time to begin channelling excess equity capital back to investors.

“We’re not activist shareholders trying to interfere with the normal course of operations,” Mr. Chan said in an interview, but added: “I think most or all CEOs or board of directors, they do need an occasional nudge in terms of reminding them of their paramount responsibility in allocating the capital of the company efficiently.”

The investment manager, which has an office in Beverly Hills and oversees about US$200-million in assets under management, built a 2.9-per-cent stake in Home Capital during the alternative mortgage lender’s liquidity crisis last spring. At the time, many shareholders were panicking and Kingsferry made a contrarian bet, buying shares near what proved to be their nadir.

In its letter, Kingsferry lauds Home Capital for its turnaround since then, and for delivering improving financial results despite regulatory changes that have cooled hot housing markets. However, “while the Company’s financial results have been strong, we cannot say the same for the company’s share price performance,” Mr. Chan writes in the letter.

Mr. Chan’s main quarrel is that the company’s share price has underperformed: As of Aug. 17, it had declined more than 17 per cent from the start of 2018, although it has risen slightly since then and closed up 1 per cent on Tuesday. Late last week, Home Capital shares were trading at a 39-per-cent discount to second-quarter book value, leading Mr. Chan to conclude that “Home Capital’s current market valuation is grossly undervalued.” He argues the time is right to buy back a modest number of shares, proposing a $60-million repurchase program.

Home Capital has shown encouraging signs of progress in its recent earnings, stabilizing its funding sources and gradually increasing the pace at which it issues new mortgages. Earlier this year, the company also swapped a costly $2-billion credit line extended by its largest shareholder, Berkshire Hathaway Inc., for a less expensive $500-million credit facility offered by two large Canadian banks.

But it has $153-million that it raised when Berkshire bought into the company sitting unspent and continues to generate capital, having churned out $29.6-million in profit in the second quarter.

“It makes sense to have a little bit of equity buffer,” Mr. Chan said. “Right now, their capital ratio is through the roof.” 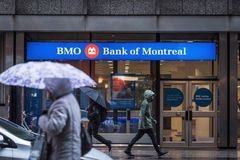 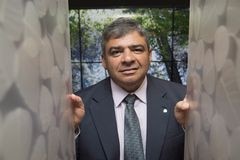 Dividend all-stars, bearish on banks and Tesla: What you need to know in investing this week
Subscriber content
August 12, 2018 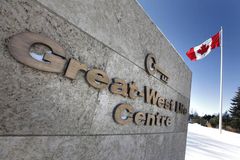