The Canadian Real Estate Association said the number of homes sold across Canada in April fell 2.9 per cent compared with March, with sales falling in 60 per cent of local markets. Adjusted for seasonal variations, it was the weakest level of monthly sales in more than five years, CREA said.

The stress test was designed to ensure people can still afford their mortgages if interest rates were to rise significantly, but has had the effect of reducing the size of mortgages some buyers can get, and has pushed some buyers out of the market entirely. The volume of home sales nationally has fallen each month since it took effect compared to the same period last year.

National sales were down 13.9 per cent in April compared to the same month last year, hitting a seven-year low for sales in April. The annual decline was “overwhelmingly” attributable to a drop in sales in the lower mainland of B.C. and markets around the Toronto region, CREA said.

“This is exactly the type of collateral damage that CREA warned the government about,” he said in a statement, referring to the association’s opposition to the stress-test measures prior to their introduction.

“As provinces whose economic prospects have faced difficulties because they are closely tied to those of natural resources, it is puzzling that the government would describe the effect of its new policy as intended consequences.”

Calgary realtor Lowell Martens, who oversees 125 agents in two Re/Max offices on the north side of the city, said the stress test wasn’t the only factor contributing to weaker home sales in the first four months of the year.

He said uncertainty over the fate of the Kinder Morgan pipeline has left many potential buyers worried that the city could face another economic dip, while unusually snowy winter weather also deterred some buyers.

“The tightening of the mortgage rules certainly has made it a little tougher to qualify and buyers who maybe were not properly pre-qualified can’t buy the house in the range they wanted to buy in,” he said.

Mr. Martens said buyers will eventually adjust their expectations and turn their focus to cheaper homes, “but some haven’t gotten there yet.”

Bank of Montreal chief economist Douglas Porter said national home sales on a seasonally adjusted basis are now down 22 per cent from their level in December, just before Canada’s banking regulator, the Office of the Superintendent of Financial Institutions, introduced the new B-20 stress-test rules.

Mr. Porter said higher mortgage rates and “particularly miserable weather” in April may have also played a role in declining sales, but said weather alone cannot explain the 15-per-cent drop in sales in the first four months of the year compared to the same period last year.

Toronto-Dominion Bank economist Rishi Sondhi said the drop in sales in April is “disappointing,” with declines spread broadly across provinces.

“Activity continues to be negatively impacted by higher mortgage rates, the B-20 regulation, and in some markets, provincial regulations,” he said in a research note. “Going forward, we anticipate these factors will continue to weigh on activity and sentiment.”

CREA said April sales were also down significantly in markets around Toronto, but that is not a new phenomenon. Sales in the Greater Toronto Area have been down over the past year following a market correction that began last May, long before the stress-test rules were in place.

One factor in declining sales nationally has been a reduction in new homes listed for sale as sellers have sat on the sidelines waiting for markets to strengthen. CREA said the number of newly listed homes in Canada fell 4.8 per cent in April compared to March, hitting a nine-year low for April new listings.

A decline in new listings has helped keep prices relatively stable even as the volume of sales has declined.

CREA said its national benchmark MLS Home Price Index was up 1.5 per cent in April compared with a year ago. 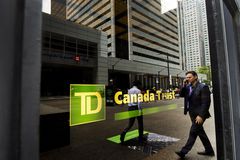 Ottawa’s red-hot housing market is country’s most active
May 9, 2018 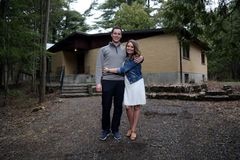 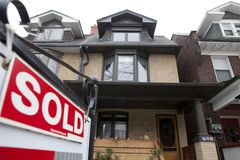