Canadian home building rebounded in June, with a flurry of new condos breaking ground in Toronto and Montreal after the coronavirus pandemic briefly shut down construction in Ontario and Quebec.

Housing starts increased 8 per cent in June, compared with the previous month, to a seasonally adjusted annual rate of 211,681, according to Canada Mortgage and Housing Corp., so far defying the agency’s prediction for a steep decline.

In Toronto, new construction was focused mostly on condos and multiresidential properties, increasing by 33 per cent to 39,703 units on an annualized seasonally adjusted basis, while Montreal housing starts rose 20 per cent to 39,301.

Modular housing eases into the mainstream

Before the pandemic stopped non-essential work in March, dozens of condos had been sold prior to construction and developers were ready to start building. They were forced to put those plans on hold for April and most of May when Ontario curtailed construction to slow the spread of the virus that causes COVID-19.

But after those restrictions were lifted at the end of May, developers that had projects mostly presold started to break ground on their properties.

“They were in a position to start construction soon,” said Shaun Hildebrand, president with Urbanation, an industry group, which tracks condo building trends in Toronto. “The growth can also be related to past strength in preconstruction sales,” he said.

According to Urbanation, there were 119 projects totalling 32,982 units in the Greater Toronto Area that were in the preconstruction stage at the end of March, with most presold.

With June resales of existing homes in the Toronto region recovering to prepandemic numbers and the average selling price spiking 12 per cent over the previous year, developers are gaining confidence to launch new projects.

Ontario was mostly responsible for boosting the country’s home building last month. In the province, which is Canada’s most populated and largest real estate market, housing starts increased by 37 per cent from May to June for a seasonally adjusted annual rate of 76,341.

Despite Montreal’s strong showing, Quebec starts declined by 6 per cent to 54,003. British Columbia was flat and Alberta dropped by 23 per cent. In Ontario, other cities also rebounded, with Kitchener-Cambridge-Waterloo increasing almost fivefold and Barrie nearly tripling.

During the harshest part of the lockdown in April, CMHC had released a special report predicting that work stoppages, in particular in Ontario and Quebec, could send housing starts down between 51 per cent and 75 per cent from the first quarter to this fall. However, last month the seasonally adjusted rate surpassed the first quarter’s level.

The federal agency said it is too soon to revise its forecast and pointed to a number of risks that could hamper the housing market, including sustained job losses, a slow recovery and a second outbreak of COVID-19 cases leading to another gruelling lockdown.

“There is a bit of a rebound going on because businesses are slowly reopening. That doesn’t mean that there’s not a lot of risk left out there,” said Bob Dugan, CMHC’s chief economist.

CMHC’s bleakest outlook takes into account the possibility of another wave of cases, similar to what is happening south of the border with various states trying to restrict activity. “The reality is, that could happen here,” Mr. Dugan said.

The agency has also forecast a decline in home prices of up to 18 per cent from peak to trough, although so far that is not bearing out, with the Toronto region’s housing market on fire.

Home resales also rebounded in other major cities such as Vancouver, Ottawa, Calgary and Montreal. However, massive government aid and mortgage deferrals have helped keep the Canadian economy from cratering. Unemployment is still high and businesses continue to suffer from pandemic restrictions.

Royal Bank of Canada economist Claire Fan said there is a risk that the weak labour market would “outlive” the high levels of government aid, which would slam household finances later this year when financial support is expected to expire. That and lower immigration would slow housing demand, she said. 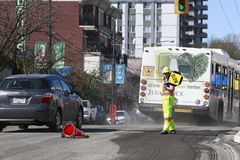 Calgary’s condo market faces low prices and glut of inventory as it lurches from crisis to crisis
Subscriber content
July 7, 2020 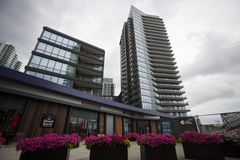