Health Canada has been revamping regulations that will restrict food and beverage marketing to children after its initial proposals provoked an outcry from the industry.

Documents obtained by The Globe and Mail through Access to Information legislation provide insight into the extent of criticism that Health Canada faced from representatives of the food and beverage, retail, advertising and media industries. Representatives of those sectors called the proposed regulations “unrealistic,” “punitive” and “commercially catastrophic.” The federal department has been working for more than a year and a half to develop rules that will restrict food and beverage marketing to children.

At the heart of the debate is a Senate bill to amend the Food and Drugs Act introduced in September, 2016, intended to limit unhealthy food and beverage ads aimed at kids. In June of 2017, Health Canada conducted consultations on proposed regulations that it will enforce once the amendment takes effect, applying restrictions to ads for foods that contained more than a certain daily threshold of salt, sugar and/or saturated fats. It received more than 1,100 responses, including objections that the rules would have several unintended and negative effects on companies' ability to do business. Media buying firm GroupM estimated that $350-million in TV ads and $600-million in digital ads could be affected by the proposals.

The pushback has already prompted Health Canada to make a number of changes to proposals it put forward – including dropping a prohibition against sponsorship of childrens' sports. Also, it will restrict ads only in TV programs where children make up a certain percentage of the audience, rather than broadly restricting TV ads by the time of day when kids are likely to be watching.

Both of those proposals were points of contention in industry submissions. Advertisers including Unilever Canada, Nestlé Canada and Dairy Farmers of Canada objected to the idea to restrict sports sponsorships, emphasizing the financial support they provide for physical activity.

The time-based approach to restricting TV ads would by default restrict companies’ ability to advertise to adults as well, some submissions argued. General Mills Canada called the plan “overbroad” and “unjustifiable,” while the Canadian Beverage Association called it an “enforcement nightmare” and a “massive overreach.” Some raised the point that under such rules, children might be exposed to beer and lottery ads during an evening hockey game but not ads for such things as a steak dinner – because it had more than a certain percentage of daily recommended salt, sugar or fat.

The Canadian Association of Broadcasters suggested the impact of the regulations on children would be “negligible,” because although the restrictions would directly affect TV broadcasters in this country, the rules would be difficult to enforce on foreign-owned websites such as YouTube, where kids spend much of their time.

It wasn’t just restrictions on TV ads that raised concerns: IAB Canada (the Interactive Advertising Bureau) pointed out that limiting ads to children would require websites and apps to track minors in a way that could violate data protections under Canadian privacy law.

One particular point of contention in industry submissions was the proposal to restrict advertising to children under 17. The bill itself has since been amended to change the age to children under 13. After this and other amendments, the bill passed its third reading in the House of Commons in September, and is now back before the Senate.

Some submissions flat-out objected to restricting ads based solely on levels of nutrients such as salt, fat, or sugar. Dairy Farmers of Canada pointed out that the nutrient-level approach would “erroneously categorize several milk products as unhealthy.” And the Grocery Manufacturers’ Association argued that, for example, “a saturated fat level appropriate for nuts or nut butters would not be appropriate for other food categories.”

Some argued that it should be left to industry to self-regulate; many major advertisers participate in the Canadian Children’s Food & Beverage Advertising Initiative, which limits advertising to kids 12 and under for foods that do not meet the group’s own nutritional criteria. Advertising Standards Canada, which oversees the program, wrote that it has found broad compliance among members.

While the rules are still under development, Health Canada has now heeded some of the other advice it received from Corporate Canada during the summer of 2017. Following the consultations, this past May, it provided an update to the regulatory approach that included the sponsorship exemption, as well as defining “child directed media channels” as those where children form a “significant portion of the audience.” It is considering a threshold of 15 per cent, while many industry submissions proposed 30 per cent to 35 per cent.

“We would have challenged it under the Charter,” Ron Lund, president and chief executive of the Association of Canadian Advertisers, said in an interview, referring to the time-based restrictions.

Health Canada has also made an effort to meet with industry, including attending an event in Ottawa on Nov. 5 with roughly 50 representatives of sectors that could be affected by the new rules. Multiple industry submissions had complained of feeling shut out of the process of developing regulations.

At the November meeting, Health Canada heard concerns that by evaluating products based on certain nutrient levels, they’d be labelling many foods as unhealthy. In early December, its director-general responsible for health products and food appeared before the standing committee on agriculture and forestry to explain how the regulatory approach has changed. Karen McIntyre said the intention is to define a food as either permitted for marketing to children, or not. “We are not categorizing foods as being unhealthy or healthy,” she said, adding that more meetings with industry are planned.

“Things have changed,” Mr. Lund said, adding that he has noticed an uptick in consultations with industry particularly since November. “We hope it’s withheld [from final Senate approval] until we see where the regulatory side might go.”

Not everyone was critical of Health Canada’s approach, however. In the summer consultations, organizations such as the Dietitians of Canada, the Canadian Cancer Society, Diabetes Canada, and others, agreed with many of the proposed measures, and even encouraged Health Canada to go further, broadening time-based advertising restrictions on television to encompass wider swaths of the day and evening.

More recently, the Heart and Stroke Foundation – which is a leading member of the Stop Marketing to Kids Coalition – has raised concerns about “delay tactics” by industry, said Manuel Arango, the Foundation’s director of policy, advocacy and engagement.

However, Mr. Arango said that he agreed with some of the changes Health Canada has made, such as exempting certain dairy products that contain important nutrients from marketing restrictions. “I think so far we’re on the right track,” he said. “We would have preferred to have adolescents [up to age 17] covered, but Rome wasn’t built in a day.”

Health Canada’s development of the regulations is continuing, spokesman Eric Morrissette said in an e-mailed statement, adding that it has held numerous discussions with industry and with public health experts over the past year.

“We will continue to consult with Canadians, stakeholders and experts as we bring forward proposed regulations.” 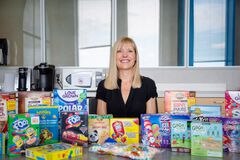 As advocates push for sugar tax, advertising’s efforts still too sweet for some
October 15, 2017 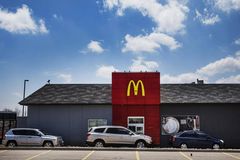