One of Donald Trump’s favourite investors, the billionaire tech guru Peter Thiel, noted for his libertarian views and belief that competition is highly overrated, has set up shop in Canada. Well, sort of.

Not long ago, Mr. Thiel’s long-time Canadian partner, Ajay Royan of Mithril Capital, opened an office in downtown Toronto. Mr. Thiel and Mr. Royan are the co-founders of Mithril, a venture-capital company that was started in Silicon Valley and recently moved to Austin, Tex., before opening an outpost north of the border.

The Toronto office − responsible for finance and analytics – is effectively Mithril’s operations arm. But it will also be used to scout for Canadian investments, a notable hole in Mithril’s tech-heavy portfolio. Mr. Royan, who runs Mithril’s investment committee with Mr. Thiel, thinks Canada has enormous potential for tech success. “The boomers have made Canada a capital surplus country,” he says. “Canada can provide tonnes of risk capital.”

Mr. Royan, who is 39 and counts his father and Mr. Thiel, 51, as his investment mentors, recently sat down for an interview over breakfast at The Delaunay cafe-restaurant at Aldwych, in central London. Since Mithril was launched in 2012, he has hardly ever given interviews and has done virtually nothing to thrust his small company into the venture-capital limelight. Over bowls of porridge, he’s a motormouth, as if he’s making up for lost time.

Mr. Royan rarely uses Twitter, and Mithril’s website is an exercise in information economy. As a result, Mithril, in spite of Mr. Thiel’s fame – he was a co-founder of PayPal, Facebook’s first outside investor and a director and early investor in LinkedIn – is pretty much an unknown quantity. But that’s changing, for two reasons.

The first is that he wants to overcome some bad publicity published in February in Recode, an American tech news site, that said Mithril was the scene of “drama, disarray and unanswered questions about its finances.” Mr. Royan dismisses the article, which was based on unnamed sources, as “rooted in misconceptions.”

The second, and bigger, reason was the decidedly good news that Mithril would have been foolish not to highlight. One of its early investments scored big − really big. That investment was Auris Health of California, a minimally invasive robotic-surgery company that was bought by Johnson & Johnson for US$3.4-billion earlier this year.

Since 2014, Mithril has paid just less than US$60-million for 14 per cent of Auris. The J&J deal turned that relatively small investment into US$510-million and, if Auris hits certain financial milestones, the total haul could reach US$900-million – 1.6 times the total value of Mithril’s first fund. “When you have 7.5 billion people in the world and they need surgery, there’s obviously not enough surgeons, and you need to build a robotic-surgery company like this,” Mr. Royan says.

Mithril is not your typical Silicon Valley venture-capital company, to the point that it has abandoned Silicon Valley, which both Mr. Royan and Mr. Thiel now consider saturated territory, with too much money chasing too few ideas. Even Mr. Thiel, who was one of Mr. Trump’s headline speakers at the 2016 Republican National Convention (during which he announced that he was “proud to be gay”), four months ahead of the U.S. election, has swapped his home in Silicon Valley for one in Los Angeles.

Mithril, named after a mythical metal in Lord of the Rings, also differs from other venture-capital funds in that it moves slowly and targets relatively few investments, usually none of which are at the raw startup phase. In the US$537.7-million first fund, there are only 22 investments and 90 per cent of the capital is in nine companies. “It’s extremely concentrated, unlike a classic venture portfolio,” Mr. Royan says. “Your typical US$500-million fund might have 200 companies. We don’t do machine-gun style. We do rifle shots.”

Mithril moves so slowly that its second fund, which was started in 2017 and raised US$740-million, is only about 12-per-cent invested. Seeing most of their money not yet being put to work may not please all of the fund’s backers, but Mr. Royan insists that moving carefully is the way to go, “given the frothiness of the market.”

Mithril’s goal is to find companies that are doing what no one, or almost no one, else is doing. Mr. Thiel doesn’t like crowded tech sectors – “Competition is for losers,” he once said in a now-famous quote – and Mr. Royan has picked up on that theme. One of Mithril’s “uncrowded” investments is a Kansas fintech company called C2FO, which The New York Times said has “unicorn potential,” that is, a privately held tech company that reaches a valuation of US$1-billion before it considers an initial public offering. C2FO runs a global market for working capital. Its platform lets businesses boost their cash flow by offering customers a discount in exchange for early payment of invoices.

Mr. Royan was born in India and is the son of a metallurgical engineer. The Royan family moved to Abu Dhabi when Ajay was a child. His sister Anuja, who is head of Mithril’s Toronto office, was born in Abu Dhabi. For the Royans, Abu Dhabi lost its charm after the Persian Gulf War in 1991, when the United Arab Emirates feared it would be attacked by Iraq. So the family immigrated to Canada, with its promise of peace, freedom and opportunity for newcomers, settled in Mississauga and built new lives.

Mr. Royan was something of a prodigy and was accepted at Yale University at the age of 16. He graduated at 20 with a degree in political economy and returned to Canada, where he joined Deloitte as a young corporate strategist. But he was fascinated by investing and the stock market and his father had drilled the basics of accounting and balance sheets into his head.

He met Mr. Thiel in Manhattan in 2002, just after Mr. Thiel had made a fortune selling PayPal to eBay and was launching his Clarium Capital hedge fund. “He was looking for smart young people with unconventional ideas,” Mr. Royan says.

At Clarium, Mr. Royan developed his Thiel-inspired investment themes: Don’t become a victim of bubbles, buy companies with both productive and intrinsic value (not gold) and move up the risk curve to avoid the madding crowds.

After some early successes, Clarium took a beating on wrong-way bets on the U.S. dollar in the 2008 financial crisis and virtually disappeared a few years later as investors yanked their funds. In 2012, Mr. Thiel and Mr. Royan launched Mithril (though Mr. Thiel’s Founders Fund, whose investments included Airbnb, Spotify and SpaceX, was far larger). The Auris investment has, by far, emerged as Mithril’s biggest hit. But years may pass before Mithril can be declared a success, or not. The largely uninvested second fund, to which Mr. Thiel and Mr. Royan contributed US$140-million (mostly from Mr. Thiel), is largely untested.

Mr. Royan worries about the future of Big Tech as investments, not because companies such as Facebook and Amazon face an existential crisis – on the contrary, they are profit machines and utterly dominant in their markets – but because they seem to be too popular among investors for their own good, he says.

His theory is that the U.S. economy, minus the Silicon Valley giants, is one giant low-growth zone. Investors by and large want payouts – hence the enormous scale of share buybacks. The minority who crave growth, by default, are going after the tech giants, pushing up their values to the size of the GDP of sub-Saharan countries. Amazon and Apple are each worth close to US$1-trillion.

“Therefore, this stuff gets overbid,” he says. “The only choice for unlevered growth are these technology companies, so I think it’s entirely rational that these companies get bid up. But there’s a danger that they will get bid up to irrational levels because the rest of the economy has behaved in very poor form in encouraging growth.”

But that’s not Mr. Royan’s worry – he doesn’t buy established tech giants. His worry is how to put all that unused cash in his second fund to use as tech valuations get bid higher and higher. “We think the market will reward patience,” he says. 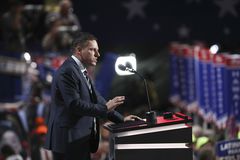 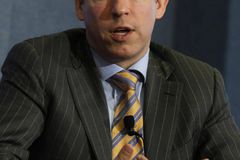 Invest like a legend: Peter Thiel
June 19, 2017
Follow Eric Reguly on Twitter @ereguly
Report an error Editorial code of conduct
Due to technical reasons, we have temporarily removed commenting from our articles. We hope to have this fixed soon. Thank you for your patience. If you are looking to give feedback on our new site, please send it along to feedback@globeandmail.com. If you want to write a letter to the editor, please forward to letters@globeandmail.com.
Comments