A takeover bid for Cogeco Inc. and Cogeco Communications Inc. is expected to redraw the Canadian telecom and media landscape, even if the hostile offer proves unsuccessful.

New York-based cable company Altice USA Inc. and Rogers Communications Inc. went public on Wednesday with a proposed $10.3-billion acquisition of the two Montreal-based companies, which are controlled by the Audet family. While the Audet clan and independent directors at the two companies turned down the offer, analysts say Altice and Rogers may eventually win over both groups with a sweetened offer.

Altice and Rogers said in a statement Thursday that they remain committed to pursuing the deal they presented and are open to discussions with shareholders and the boards of the Cogeco companies.

“We strongly believe that we presented a very attractive offer – one that would reward all Cogeco shareholders with a significant premium – and we stand by that offer,” the statement reads.

A successful takeover would see Altice acquire Cogeco’s U.S. cable network, Atlantic Broadband, while Rogers buys a Canadian unit with 1.8 million subscribers. If it happens, the transaction increases Rogers’ customer base in Ontario and gives the company a significant presence in Quebec, ratcheting up telecom competition with rivals BCE Inc. and Quebecor Inc.

A change in Cogeco’s ownership would likely see Cogeco Inc.’s media holdings – including 22 radio stations in Quebec and one in Ontario – sold to a rival such as Stingray Group Inc. or Corus Entertainment Inc., according to several analysts.

Behind closed doors, Montreal-based Stingray has been vocal in wanting to buy Cogeco’s radio properties, a source familiar with the matter said. Stingray owns more than 100 radio stations in markets stretching from Vancouver to St. John’s but none in its home province.

The company has ambitions to build a truly national radio presence with both French- and English-language stations, which would help increase advertising, the person said. The Globe and Mail is not naming the person because they were not authorized to speak about the matter publicly.

Corus owns 39 radio stations, but as with Stingray, none is in Quebec.

Desjardins Securities analyst Maher Yaghi said in a report that Rogers is not expected to want Cogeco’s radio business, a view that is shared by rival media executives.

There is speculation that if Cogeco executive chairman Louis Audet makes it clear the company his father founded will remain independent for the foreseeable future, no matter what rivals are willing to pay, Rogers could sell its long-held minority stakes in Cogeco and Cogeco Communications that collectively are worth approximately $1.5-billion.

“The Audets have consistently responded to inquiries that they are buyers and builders, not sellers. No one can definitively assert that the family will stay the course and reject any follow-on (i.e., premium) offers, but it should not be discounted,” said analyst Tim Casey at BMO Nesbitt Burns. In a report, he said: “If no agreement can be reached, it would not surprise us if Rogers decides to monetize its position in Cogeco.”

Toronto-based Rogers began building its stake in Cogeco when founder Ted Rogers was at the helm, and Mr. Casey said the company hasn’t acquired any additional Cogeco shares since 2010 – two years after Mr. Rogers died.

The hostile offer, and the potential result that a major Quebec head office could be lost, has already attracted the attention of Quebec’s nationalist government. Quebec generally opposes big transactions that strip away jobs or decision-making power out of the province.

The stock price for Cogeco and Cogeco Communications jumped by 16.8 per cent and 15 per cent, respectively, on Wednesday in anticipation of a deal. If Mr. Audet and the boards stand fast on their decision not to sell, analysts say the share price will fall and the company may restructure its holdings in an attempt to appease public shareholders, potentially spinning off or selling Atlantic Broadband, which the takeover values at $4.8-billion.

“Cogeco can still move ahead with a value-realizing reorganization of the corporate structure to allow its U.S. assets to trade separately in the U.S. markets, which could likely yield a higher value. This can serve to at least partly pacify public shareholders,” said analyst Aravinda Galappatthige at Canaccord Genuity. “Moreover, we cannot fully reject the prospect of a U.S.-only divestiture.”

Altice and Rogers initially offered the Audet family $800-million for their Cogeco Inc. multiple voting shares – which are listed as having a book value of $12-million in the company’s annual report – while pitching public shareholders on a bid that represents a 30-per-cent premium to where the two company’s stocks were trading prior to the takeover – $106.53 a share for the parent company and $134.22 a share for subsidiary Cogeco Communications. Early Thursday, shares in both companies were trading at about 15 per cent below these two bids.

Based on the value of recent transactions involving cable businesses, Mr. Galappatthige said it would make business sense for Altice and Rogers to offer up to $160 a share for Cogeco Communications. “The market is reflecting a higher degree of skepticism around the family changing their stance,” Mr. Galappatthige said. “However, we believe there is more to come in this saga.”

With files from Alexandra Posadzki 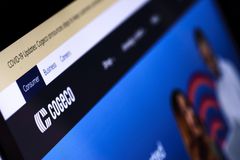