It was a sunny Wednesday in March, and Neil Bruce was making his case for why SNC-Lavalin Group Inc. deserved a negotiated settlement over corruption charges tied to alleged dealings in Libya.

After spending six weeks in the eye of a political storm over the actions of top government officials who had pushed to head off a criminal prosecution in the case, the chief executive of Canada’s most renowned engineering and construction firm went on a media offensive.

Flanked by a public relations team in a downtown Toronto boardroom, Mr. Bruce shared some internal data on the use of deferred prosecution agreements (DPA) by SNC-Lavalin’s rivals to illustrate the competitive disadvantage his firm faces.

“We’ve calculated that about 75 per cent of these U.S. and European competitors have done DPAs in their own host country and are free to work in Canada,” Mr. Bruce said on March 20.

When pressed for details on this claim, SNC-Lavalin said it does not have a comprehensive list of competitors who have entered into DPAs. The firm did not share how it arrived at the number.

The Canadian Press analyzed figures on corporate settlements from a pair of databases and found that only a handful of SNC-Lavalin’s rivals or their subsidiaries have received deferred prosecution agreements. In the United States and Britain, just one of SNC-Lavalin’s 16 main competitors listed in its 2018 annual information form is named as a DPA recipient, according to the databases that go as far back as 1992.

Of 216 DPAs and non-prosecution agreements – which are similar, but more lenient – in the United States since 2014, only eight were granted to construction or design firms, and only three of those companies qualified as global players, according to figures in annual reports by law firm Gibson, Dunn & Crutcher.

Britain has granted only four DPAs since legislation was passed in 2013, records from Fieldfisher law firm show.

“Most of the activity in DPAs is extremely recent,” said Jennifer Quaid, a criminal law professor at the University of Ottawa. “There isn’t necessarily a long tradition of holding companies criminally liable in many European jurisdictions.”

When asked about the discrepancy in the numbers, SNC-Lavalin stood by its figures.

“SNC-Lavalin did internal research on the topic and calculated that about 75 per cent of its rivals have concluded DPAs in their host countries,” spokesman Nicolas Ryan said in an e-mail.

While none of SNC-Lavalin’s 16 competitors appear to have received DPAs in the United States or Britain in the past five years, a few of their subsidiaries have, and several rivals accepted deals prior to 2014.

In 2012, Tokyo-based Marubeni Corp. agreed to pay US$54.6-million in a DPA linked to its participation in a decade-long scheme to bribe Nigerian government officials, according to the U.S. Department of Justice.

Tishman Construction Corp. – purchased by Aecom in 2010 – accepted in 2015 a US$20.2-million DPA tied to an overbilling scheme. And SNC-Lavalin’s own WS Atkins PLC, which it bought in 2017, acquired a subsidiary seven years earlier that reached a US$3.4-million DPA after allegations of bribing Qatari officials in 2009.

In 2008, British construction company Balfour Beatty admitted to “payment irregularities” and paid a £2.25-million ($3.9-million) penalty after a bribery investigation by Britain’s Serious Fraud Office, avoiding charges in the process. Instead, it got a plea bargain, which unlike a DPA involves a legal admission of guilt along with the bidding bans and steeper penalties that can come with it.

The goal of a DPA, also known as a remediation agreement, is to encourage voluntary disclosure of criminal misconduct that might otherwise fly under regulators’ radar. By entering into a DPA, a company avoids prosecution while taking responsibility for breaches such as fraud or bribery of foreign officials and agreeing to conditions such as overhauling its board and senior management, adopting a compliance program and accepting third-party oversight.

DPAs also aim to slash costs and time for investigators in what can be lengthy, exhaustive criminal probes by cash-strapped government bureaus.

“The big thing that corporations are worried about is stigma. They don’t like the stigma of being considered a corporate criminal, because that affects their sales and their public reputation,” said Russell Mokhiber, a corporate crime journalist and author.

The difference between who gets a negotiated settlement and who doesn’t often comes down to size, says Susan Hawley, policy director at London-based non-profit Corruption Watch.

“Large companies tend to get away with DPAs and the smaller companies get prosecuted criminally,” she said.

She points to Rolls-Royce PLC, with which U.K. prosecutors pursued an agreement “for corrupt conduct spanning three decades,” as the state’s Serious Fraud Office director put it in February. The settlement – which emerged only after Rolls-Royce had been “found out,” Ms. Hawley said, not after self-reporting – drew renewed scrutiny of the practice.

“Because the large corporations have the power, they have the power to demand and secure these agreements,” Mr. Mokhiber said. “You lose so many jobs in the economy, shareholders get hurt, innocent employees are punished, and so forth.”

Editor’s note: An earlier version of this Canadian Press story stated that Tishman Construction Corp. was owned by Aecon. In fact, it is owned by Aecom. 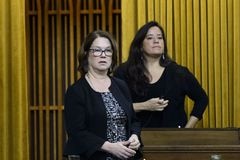 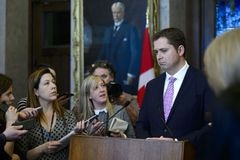 Did Trudeau have the power to dump two troublesome MPs?
April 10, 2019 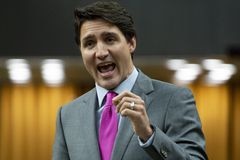