Samir Kayande made his living in Calgary for two decades, analyzing the financial nuts and bolts of the oil and gas industry. But now, he’s making a change.

The research company he worked for was bought out by a new owner earlier this year. Rather than stick it out or seek other work in the oil patch, Mr. Kayande wants a new career outside the industry. This is partly to avoid the risk of a future layoff in a business rife with them.

The 48-year-old professional would like to stay put in Calgary with his family, but he worries, not just about the availability of work, but the quality of what’s available as the local economy suffers through the chronic energy-sector downturn. A global shift in energy has only accelerated as a result of the COVID-19 pandemic.

“There are lot of people who formerly were very happy working their 35-hour week and getting paid very well for it, and not having all of the existential dread that folks throughout the rest of the world have to deal with as far as job security goes,” Mr. Kayande says. “But that’s going away. It’s not just for the people who are losing their jobs but the jobs that remain are going to be worse.”

It is no secret Calgary is suffering. The industry that it was built upon has contracted over more than half a decade, forcing a major rethink its economic future. Mass layoffs have become commonplace as oil companies merge to wring out efficiencies and lower costs. The is looking to fill the gap with technology, agribusiness and logistics companies, but their workforces are a fraction of the size that energy used to employ.

This is the city’s dilemma as a white collar workforce weighs its options. Its officials have looked hard at other energy jurisdictions such as Houston, Tex., for guidance on diversification, a process that’s hard to embrace and even harder to put into action. It is a journey that could take a decade or more, says Calgary’s economic development boss, but one that’s necessary to make the city’s economy better able to absorb future blows to a single industry.

“We’re kind of where Houston was a few decades ago, when they embarked on their diversification strategy,” says Mary Moran, chief executive of Calgary Economic Development. “But they still are energy-centric and their problems are a lot less complex than ours.”

Houston is still the undisputed capital of the U.S. oil industry, but its economy is more diverse. As a much larger city, with a population of 6.4-million, it is closely tied to the broad U.S. economy, which had been on a steady rise before the pandemic. Still, much of its diversification is in offshoots of oil and gas. It is aided by access to global markets via its ship channel to the Gulf of Mexico – an export advantage Calgary doesn’t have.

It hasn’t been a cakewalk. Like Calgary, Houston suffered tens of thousands of job losses in oil and gas exploration and production after global crude prices collapsed in late 2014. Even today, its unemployment rate is just over 9 per cent.

However, a US$50-billion building boom in petrochemical plants helped buoy the economy after the oil price crash, said Patrick Jankowski, researcher and senior vice-president of the Greater Houston Partnership. Over the past decade, as oil companies increased drilling to tap shale oil formations in the state, associated natural gas and gas liquids has made for inexpensive feedstock for petrochemical plants.

“So when upstream suffered, downstream did very well with the construction. But now we’re at the spot where neither are doing very well because of COVID,” Mr. Jankowski says. Employment has held relatively steady, while deep job loss has affected much of the rest of the U.S. economy. “In this economy, flat is the new up,” he says.

Houston’s real edge has been its focus on high-tech and life-science sectors, exemplified by its “Innovation Corridor” that runs between its downturn core and Rice University and the Texas Medical Center. The city leans heavily on the institutions to attract big-name employers, and puts its leaders front and center in economic development efforts, Mr. Jankowski says.

In the last two years, such efforts have resulted in big names, including Google and Microsoft, opening Houston offices or making large new investments. The city has also attracted technology incubators such as Silicon Valley-based Plug and Play Tech Center and Massachusetts clean tech specialist Greentown Labs, which are cultivating a raft of start-ups.

Calgary has adopted a similar game plan to woo new businesses, by working with post-secondary institutions like the University of Calgary and Southern Alberta Institute of Technology to churn out graduates geared for work in the new economy. It has also set up the Opportunity Calgary Investment Fund to support companies in sectors it has targeted in its diversification strategy.

The pandemic has worsened an already difficult predicament. Apart from the lockdowns that took a major toll on the service and tourism sectors, the collapse in energy demand and the Saudi Arabia-Russia oil-price war hit the city hard.

In September, the unemployment rate sat at 12.6 per cent, compared with 9 per cent nationally. The city’s own forecast does not see that rate falling below 9 per cent until 2025.

The forecast was done before Suncor Energy Inc. announced it would reduce its workforce by 15 per cent, or 2,000 people, and Cenovus Energy Inc. disclosed its takeover of Husky Energy Inc., announced last month, could lead to the loss of another 2,100 jobs, most of them in Calgary.

The contraction of the energy economy is shown starkly in the vast empty caverns of Calgary’s office towers, which were constructed for boom times. Indeed, the city has more office space per capita than any other in North America – 42 square feet per person, compared with nine square feet in Houston.

The latest stats show vacant office space in the downtown core approaching 30 percent, or roughly 13 million square feet. That is equal to about 148 Canadian football fields. It all has resulted in a drop in tax revenues, shifting the burden to businesses outside the core and on residents.

It wasn’t long ago that Calgary’s freewheeling economy was the envy of the country. Corporations thrived with low Alberta taxes and an army of young, well-educated workers. Transport companies such as Canadian Pacific and WestJet Airlines Ltd. located their head offices in Calgary, but the real driver of economic growth was oil and gas as crude climbed above US$100 a barrel.

There is enough available office space for 130,000 workers, and the dilemma is how to refill them. The energy industry could add 20,000 if all recently announced provincial stimulus programs to develop hydrogen, geothermal energy and– like Texas – petrochemicals pan out, Ms. Moran says.

The biggest opportunity is the technology sector, which she estimates could generate as many as 50,000 jobs over the next decade. That leaves another 60,000 potentially available workspaces that could be filed by the city’s other core industries or by convincing new major employers to set up shop.

In 2018, Calgary was in the running for Amazon’s second headquarters sweepstakes, and had developed 11 detailed plans for office space. The bidding team pushed benefits such as the city’s lifestyle, young and well-educated workforce and efficient public transit. It was passed over in favour of Arlington, Va. Ms. Moran says Amazon executives were candid about why Calgary’s proposal didn’t win out.

“They said, ‘Yeah we saw all that, but the reality is, when we looked at your talent pool, and we looked at the pipeline coming out of your post-secondaries, we could see that you didn’t have the right talent for dealing with industries like ours - but more importantly, dealing with industries like yours that are going to be hit with digital technology like a tsunami.’”

Calgary has a high concentration of engineers geared to energy, and Amazon acknowledged that some could make the transition. But the city requires software engineers, data scientists, coders, programmers, project managers for the tech world. That was the wake-up call, she says.

Mayor Naheed Nenshi says economic recovery will be built on the talent of the workforce, the attractiveness of the city as a place to live and work, a good business environment and the ability to innovate. It will require help from other levels of government for retraining and working to attract new investment, including from outside Canada. “We can’t think about transformation of the economy as something that will happen eventually. We’ve got to be landing things now,” he says.

The biggest hurdle, though, will finding new industries that eat up as much capital and require as much manpower along the supply chain as oil and gas has in past, says Mr. Kayande.

Calgary has yet to develop as a technology hub that has “world-beating demonstrated competence,” he says. “The fundamental issue is that when you lose an export industry you cannot easily recreate the value that it brought in.”

Why San Jose may find its moment to shine in a post-pandemic world
Subscriber content
November 15, 2020 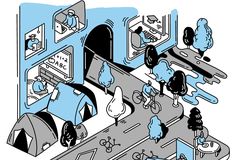 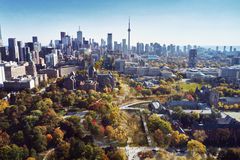