After years of privacy scandals, Facebook is embarking on a major shift in its business, from a public town square to a place where users will spend most of their time communicating in private.

The Silicon Valley giant describes the changes as a new chapter for Facebook Inc., one focused on privacy. But there is likely an additional driver behind the vision – new opportunities to make money.

Facebook’s plan is to shift much of the communication happening on its platforms away from public news feeds – the source of most of its troubles over election interference, hate speech and fake news – toward small groups gathered around shared interests and encrypted messaging services. That could solve a host of problems for the social-media company.

For one, Facebook has long been warning that it is running out of space to show ads on its main app, where it risks flooding users’ news feeds with unwanted content. Some analysts say the same will soon become true of its photo-sharing app, Instagram.

It has struggled to add new users in its most lucrative markets of Europe and North America, where it earns as much as 10 times the revenue per user compared with its faster-growing Asia-Pacific user base.

What’s more, Facebook’s U.S. users are actually spending slightly less time on the platform than they have in the past, according to studies by the Pew Research Center. Fewer new users and an existing customer base that is spending less time on the platform are only exacerbating the challenges to Facebook’s existing news feed-driven advertising model.

The company has also been forced to limit how much personal information advertisers can use to target consumers for their products in response to European data-privacy laws introduced last year, as well as a lawsuit by U.S. civil-rights groups over discrimination in Facebook’s advertising tools.

The ability of apps and advertisers to target users down to the most personal details was why so may advertisers flocked to Facebook in the first place.

“The reason that advertisers spend so much money on social networks, not just Facebook and Instagram, is because they think that the hyper-targeting for ads is superior to other ad channels,” said Jessica Liu, senior analyst with Forrester Research.

Without making dramatic changes, Facebook was already staring into a future where it would struggle to keep increasing its revenue at the pace that has made it one of the world’s largest digital-advertising platforms.

Enter the new focus on groups and private messaging.

Facebook sees both services as inherently more social than having users passively scrolling through their news feeds. Moving users toward more social types of services, such as communicating in groups and privately among friends, could boost the amount of time people spend on the platform. That could give Facebook more opportunities to target them with ads and other business services.

Encouraging more users to join groups centred on their interests, or where they live, could also allow Facebook to find ways to target consumers with relevant ads without running afoul of privacy laws that limit how much individual personal information advertisers and third-party developers can access.

Membership in various interest groups may actually tell advertisers even more about individual users than the details in their Facebook profiles. In studies done before Facebook began restricting how it shared data with academics, researchers found that people’s interests were far more useful for predicting demographic information about them, such as age or sexual orientation, than their name or profile picture.

“When they’re seeing that we like stuff on Instagram or Facebook, that’s actually a much stronger signal of a lot of our cultural affinities than people realize,” said Laura Noren, vice-president of privacy and trust at California cybersecurity company Obsidian Security. “If you know which social groups someone has an affinity with, your ability to predict what they might do is a bit stronger. And that would strengthen [Facebook’s] ability to target ads.”

The expansion of Facebook groups “could offer the opportunity to get even deeper under the skin of consumers,” Caroline Lucas-Garner, strategy director for British social-media marketing company We Are Social, wrote in a company blog post last week.

Another major part of Facebook’s shift toward private communication is a plan to merge the back-end infrastructure of its three messaging apps – Messenger, WhatsApp and Instagram Direct. Facebook says the change will make it as easy for people to message each other across apps as calling between cellphone networks, while enhancing privacy through end-to-end encryption, which prevents Facebook from reading their messages.

But some believe Facebook’s plan to merge its messaging services will also make it easier for Facebook to better track users across the company’s family of apps to help brands better target their ad campaigns. “It’s clear that part of the reason Facebook is integrating all three messaging platforms is to unify advertising,” wrote Maxwell Gollin, content marketing strategist at Falcon.Io, which helps companies manage their social-media presence.

The social-media company has already started encouraging brands to reach consumers through private channels even before it publicly announced its shift toward private communication.

Earlier this year, Facebook said it would start allowing brands to communicate directly with groups. It already allows ads in Messenger. Roughly 300,000 companies have built customer-service bots for that app and Facebook said it will allow firms to offer appointment booking through Messenger.

Facebook also plans to allow some ads in WhatsApp this year and has started letting businesses pay to message consumers through the app. The move to start monetizing WhatsApp, which Facebook bought in 2014 for US$22-billion, was among the reasons WhatsApp’s two co-founders left Facebook last year.

Encrypting messaging services will mean that Facebook won’t be able to see what users are writing to each other. But the company can still glean plenty of information from how people use the apps, including details such as how often users are sending messages and who is receiving them. That could be combined with data from Facebook’s other apps to help build a more accurate profile of a user for targeted ads.

“What they recognize is that young people especially want to engage in kind of this instant messaging and more private communications,” said Jeff Chester from the Center for Digital Democracy, a privacy focused non-profit. “But that doesn't mean that it will be not be a fully data-gathered, monetized experience.”

The messaging businesses have yet to bring Facebook much in the way of revenue. What that means for ad sales remains to be seen. “The big question I have is how advertising will fit into this new privacy-focused vision,” said Debra Aho Williamson, principal analyst at market research firm eMarketer.

But Stan Chudnovsky, vice-president of Facebook’s Messenger service said that changes to the apps will eventually pay off. “If people are there and businesses are there, then there’s going to be a bunch of monetization opportunities that we’re not even thinking about,” he said.

Increasingly, analysts believe Facebook’s new strategy is to eventually build a one-stop-shopping platform that can emulate WeChat, the enormously successful messaging app used by more than a billion people in China to send messages, pay bills, book flights and even file legal paperwork.

But Facebook is likely to encounter regulatory hurdles that Tencent Holdings Ltd., WeChat’s parent company, doesn’t have to deal with as a social-media monopoly within China.

Facebook operates under a patchwork of differing privacy and antitrust regulations in hundreds of countries, some of them increasingly suspicious of Facebook’s increasing power. “I think there is this insurmountable regulation looming above them that won’t allow them to build out that entire experience,” Forrester’s Ms. Liu said.

That is seen as one of the reasons why Mr. Zuckerberg recently published an essay in The Washington Post calling for a lawmakers to create “a globally harmonized framework” of regulations for technology companies.

Facebook still has to work out several unresolved issues before making many of Mr. Zuckerberg’s planned changes.

Thorny details, such as how data will be shared among the three messaging apps and what that will mean for user’s privacy, still have to be figured out. And there are lingering questions about how the company will be able to detect and stop criminal behaviour and the spread of misinformation or hate speech inside its messaging apps once they’re encrypted.

Facebook plans to spend the next year consulting with privacy experts, governments and law-enforcement agencies about how to responsibly implement the changes, Mr. Chudnovsky said. “All of those are complicated and complex questions,” he said. “That’s exactly when we go and say we actually don’t know all the answers right now and that’s why it’s going to take a while.”

Questions remain over whether the changes will pay off financially for Facebook, or solve the company’s privacy woes, eMarketer’s Ms. Williamson said.

“Zuckerberg declared that the future is private,” Ms. Williamson said. “Will Facebook’s future truly be rooted in privacy as well? That’s not clear.” 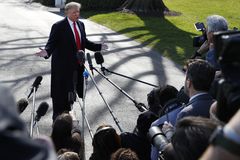 Opinion
Why Canada needs U.S. tech giants in our backyard
May 5, 2019

Facebook bans Alex Jones, Louis Farrakhan, others for violating ban against hate and violence
May 2, 2019 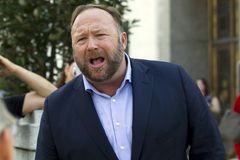