Don Allan insists he is not in the garbage business.

But his company, Cielo Waste Solutions Corp., could make a serious dent in the growing mountains of waste headed to landfills – that is, if its technology for turning refuse into fuel for trucks and planes goes according to plan.

Cielo is starting to scale up a proprietary refining process that transforms thrown-away plastic, wood, paper and organic material into diesel, kerosene and naphtha at plants designed to be nearly carbon neutral. Mr. Allan is 16 years into the effort.

Now, the Red Deer, Alta.-based company is planning to build two new facilities, one in Medicine Hat and another near Edmonton, to follow its first plant located in Aldersyde, Alta., 45 kilometres south of Calgary. It has grand plans for dozens more scattered across the continent.

“It’s just catching on now. We’ve been quiet,” Mr. Allan said last week at the demonstration facility, a small tangle of pipes and vessels built over a number of years for about $80-million. It can produce 1,000 litres of fuel an hour, and the company is expanding it to double the output this year. It is a prototype for future modular plants designed to pump out 4,000 litres an hour.

“We’ve been running this now for two years. We’re building 10 more of these facilities right away – and we’re actually looking to build 40 over the next five to seven years throughout North America,” he said.

That’s a very tall order, as the patented technology has yet to be proven on a large commercial scale. But if it works, the company will have solved some big environmental problems – reducing household and industrial waste and producing diesel and aviation fuel that meets federal standards for minimal sulphur content. It also eliminates the use of food crops being used for biodiesel, giving it food security and cost advantages.

Investors are already betting big, having driven up Cielo’s market capitalization to $790-million, even though it has yet to show any earnings. The company, whose directors include former federal Conservative leadership candidate Peter MacKay and ex-Suncor Energy refining and marketing executive Doug MacKenzie, is up about 20 per cent since its shares were listed on the TSX Venture Exchange on June 24.

“It’s speculative because they have yet to prove out this technology on a commercial level at full scale. Once that’s done, the upside I think is tremendous to offset the risk inherent in the name,” Echelon Wealth Partners analyst Michael Mueller said. Mr. Mueller initiated coverage of the stock on Friday as a speculative buy.

Cielo is not alone in seeking a silver bullet – others have tried transforming waste into high-quality fuel, and many have failed. Western Biodiesel, which once occupied the site where Cielo’s facility sits, sought to process beef tallow into fuel more than a decade ago, but was unable to make a go of it.

Finland’s Neste Oyj, the world’s largest biofuel producer, is eyeing Quebec for a new refinery to turn forestry waste into fuel, in a venture with the non-profit Bioénergie La Tuque and Atikamekw Nation, and supported by the provincial government.

Cielo plans to build future plants as part of a joint venture with Calgary-based Renewable U Energy Inc., each at a cost of about $50-million. Under a memorandum of understanding, the partner will pay 100 per cent of the construction costs. Until the plants are paid for, Renewable U will receive 70 per cent of the profits and Cielo the remainder. Then the split will be 49.9 per cent to 50.1 per cent.

Facilities are envisaged for Grande Prairie, Alta., Calgary, Lethbridge, Kamloops, Winnipeg, Toronto, Halifax, and a U.S. location that has yet to be determined.

The unique technology was developed in Germany, and Mr. Allan imported the initial demonstration equipment to Red Deer, and then moved it to Aldersyde, across the road from a Cargill meat-packing plant, where it has been adding, testing and tweaking equipment.

In the refining process, the material gets ground up by waste management companies, and Cielo pulverizes it into fine granules, project manager Mark Haldane explained during a walkaround. Then, using a process called thermal catalytic depolymerization, the company liquifies it under atmospheric pressure and low heat in a reactor and mixes it with the company’s proprietary catalyst, which then transforms the material into a distillate used to make the fuels.

Cielo is adding a hydrogen unit to cut the sulphur content of the fuel to below recently toughened federal standards, an initiative it embarked on along with the University of Calgary.

The raw materials for the fuel can run the gamut, Mr. Allan said, from all seven types of plastic waste – just a small percentage of which gets recycled today across the country – to old tires, organic food waste and newsprint. Cielo has struck a deal with Canadian Pacific Railway to take used railway ties for its new Medicine Hat plant.

The company says it has a similar production cost as traditional biodiesel, but the feedstock costs are just a fraction of that. As a result, in Alberta, biodiesel would have to sell for a loss, based on current prices, where the Cielo production has a gross margin of 67 per cent. It has a sales agreement with Elbow River Marketing, a unit of Parkland Corp.

In any municipal budget, waste management represents a major cost, and the company is offering a new revenue stream for trash that would otherwise be dumped in landfills or shipped elsewhere to cause environmental problems, he said.

“We’re going to give them $65 a tonne to sort the garbage. They already get a fee at the other end from the household. We turn it into highway diesel. They put it back into their buses – they buy it from us,” Mr. Allan said. “They can put a sign on the bus saying it’s run from household waste. It’s completely sustainable.” 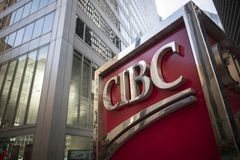 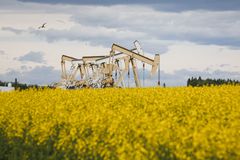