When Sheryl Song first moved to Canada in her 20s, she didn’t think finding a safe place to live would be a struggle. But when she turned to online marketplaces such as Craigslist, Kijiji and Facebook Groups, she was met with a disheartening situation: unreliable landlords, racist remarks and sexual harassment.

“At first, I lived in a room with no window. It looked completely different from what I saw on Kijiji, and when I tried to get out of it, the owner wouldn’t give me my deposit back,” Ms. Song said.

On another occasion, a prospective landlord wouldn’t stop calling to ask her out on a date. As a woman and recent immigrant from China, Ms. Song, now 32, said she felt unsafe. And without a circle of female friends to live with, she felt socially isolated.

In 2019, she met KD Dao, a real estate analyst who had just moved back to Toronto after working in Alberta. She, too, had turned to online marketplaces to find a place to rent, but stopped looking because she felt unsafe.

The pair saw a business opportunity in sparing other women the same struggle. In January, 2020, they founded Ryna, a real estate leasing service that allows individual women to meet each other online and rent shared apartments together.

“It’s about a little bit more than just solving a housing problem,” she said. “We want to empower our tenants to pave their own paths.”

To date, Ryna has matched more than 100 applicants with rooms. Ms. Song and Ms. Dao said they are now receiving about 30 applications a day, with more than 550 people on a wait-list.

Their timing was fortuitous. The pandemic, which hit just months after they started the company, prompted an exodus from downtown apartments as tenants moved in with parents or out to the suburbs. This left many landlords with empty properties. Some began offering incentives such as free parking or a month of free rent.

Ms. Song and Ms. Dao stepped in to fill a few of those vacant homes.

Ryna targets women between the ages of 20 and 40, but Ms. Song said it has matched some men with apartments as well.

According to Paul Baron, senior vice-president of operations at Minto, partnering with Ryna has helped his company reach a younger demographic. So far, Ryna has filled 15 vacant rooms at Minto’s 39 Niagara St. property.

“Ryna helped us bring two people to rent together, meaning they could comfortably afford to be part of the community, where perhaps individually the rent might be slightly out of reach,” Mr. Baron said.

The Toronto-based company now employs seven women, and is preparing to expand its offerings to Ottawa and Montreal this fall. The founders said they are considering raising seed capital early next year to take the company international. They hope to start offering career development and networking events for tenants.

Ms. Song, who previously worked in commercial real estate, said she believes the problems Ryna tries to solve come from a lack of representation of women in real estate leadership.

“You go into an event, it’s all grey hair and black suits, and very few minorities and women there. So it’s clear who the decision makers are. Women’s experience in renting is overlooked,” Ms. Song said.

Women, and particularly single women, have great difficulty in the rental housing market, according to David Hulchanski, a University of Toronto professor who studies discrimination in housing. Women might be sexually harassed, he said, or excluded by landlords who adhere to unfair principles.

“They may have a stereotype that the proper woman gets married and settles down with a man. If you’re a young single woman, landlords and superintendents wonder about you, and how you will pay the bills,” Prof. Hulchanski said. “It’s an extra layer of discrimination that they have to overcome.”

Although rental discrimination is illegal under the Ontario Human Rights Code, instances of it often go unreported because it’s hard to prove and rarely overt, said Bahar Shadpour, policy manager at the Centre for Equality Rights in Accommodation, an organization that advocates for housing equality.

“In a housing market like Toronto, where there is a low vacancy rate, renters are all competing with one another for adequate rental homes. So those facing discrimination have an even harder time finding safe and suitable places to live,” Ms. Shadpour said.

Interested in more perspectives about women in the workplace? Find all stories on the hub here, and subscribe to the new Women and Work newsletter here. 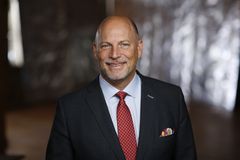 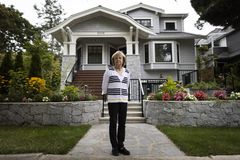