Like many Canadian tech entrepreneurs, Sam Pillar dreams of building his company into the next Shopify Inc. He’s not there yet, but the cofounder and CEO of Jobber now has something in common with Canada’s most valuable software company.

Edmonton-based Jobber is announcing Wednesday that Gail Goodman, a pioneering CEO in the online subscription software space and a Shopify director since 2016, is joining as its first independent director. The move comes three months after Jobber, which has built an online platform used by 100,000-plus home service businesses such as landscapers and painters to run their operations, raised US$60-million led by Boston’s Summit Partners.

“Jobber has all the raw inputs necessary to be another Shopify,” Ms. Goodman said in an interview. “It has a very large and ever-expanding addressable market, a big opportunity. It has established itself as a market leader and is building a business model that is very scalable. This is a bit earlier [than where Shopify was in 2016] but I see all the same potential.”

Ms. Goodman, a past director of publicly traded HubSpot Inc. and MindBody Inc., made her name as CEO of online marketing company Constant Contact Inc., which went public in 2007 and was sold in 2016 for US$1.1-billion. She said that she gets a regular stream of board invitations and sits on just three other for-profit boards. “I’m very picky,” she said.

That didn’t stop Mr. Pillar from cold-contacting Ms. Goodman last year through LinkedIn. He first saw her speak at a conference in 2013. “She gave this talk that stood out as an honest, brutal and very blunt account of what it’s like navigating and building for small business, where retention and churn is an issue,” he said. “When we got serious about marketing we looked to Constant Contact as a business that had succeeded in getting in front of very small businesses.”

In his message to Ms. Goodman, Mr. Pillar said he was raising a round and thought her experience with Constant Contact and Shopify “would be a really valuable experience set to draw from,” he said. “Lo and behold she responded.”

Ms. Goodman said she gives Mr. Pillar “full credit for coming after me and doing his homework on really understanding what gets me excited, which is helping small businesses. ... The right time for me [to join a board] is when a company is initiating the exponential ... scaling part of the business. [That’s] what I saw in Jobber. They are at the stage where their customer unit economics are really good and they’re just ready to put the gas pedal down.”

Jobber, whose official name is Octopusapp Inc., is one of Canada’s fastest-growing companies, with revenues topping US$50-million a year and 300 employees. Its software enables home services operators to track jobs, issue quotes and invoice customers. The 11-year-old company has also raised funding from Tech Pioneers, OMERS Ventures and Version One Ventures.

Like other Canadian companies that sell online software to small businesses, Jobber has brought sophisticated digital tools to a sector that was previously underserved by technology. It saw revenue growth accelerate as the pandemic wore on and has topped 100 per cent year-over-year growth in recent months.

“The one observation and shared practice I see across these two companies is CEOs who are students of the game – learners and growers,” Ms. Goodman, one of six Shopify board members, said of Mr. Pillar and Shopify’s Tobi Lutke. “Sam is in learning mode, almost in hyper-learning mode, and I would say the same of Tobi.” 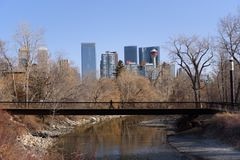 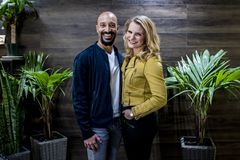 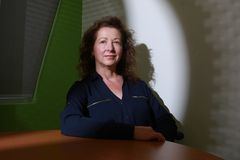