A political dispute between China and Canada over the arrest of a Huawei executive is slowing canola shipments through Chinese ports and causing some importers to hesitate to buy from their biggest supplier, according to interviews with a dozen traders.

In the same period, cargoes of Canadian canola have taken longer to clear Chinese customs and GMO permits needed to import genetically modified crops, including canola, became more difficult to obtain, traders said. Back in Canada, canola stocks piled up to a record-high level at year-end, Statistics Canada said on Tuesday.

China buys some $2.5 billion of Canadian canola per year, and a slower sales pace would be another hit to exporters, which include Richardson International, Viterra and Cargill Ltd in a year when Prime Minister Justin Trudeau faces a tough race for re-election.

Spokespersons for Richardson and Viterra did not respond and Cargill declined to comment.

While several cargoes of Canadian canola have cleared customs since Meng’s Dec. 1 arrest, many were unusually delayed, said traders.

One Chinese crusher that had a cargo that arrived at the end of December said it took more than 20 days to clear customs, about twice the usual time, as authorities carried out more thorough inspections related to GMOs.

A second cargo that arrived in mid January had not been cleared by the end of the month.

China is likely carrying out the heightened checks to “pressure Canada” amid the current diplomatic tensions, the crusher said, adding that it would make him “more cautious” about purchases in the future.

A Canadian exporter said canola seed that requires crushing in China into vegetable oil and meal to feed pigs and fish has faced additional inspections and tests in Chinese ports.

“There’s no doubt that they are retaliating specifically against canola seed itself,” the exporter said.

China’s General Administration of Customs, which oversees imports, did not respond to a fax seeking comment on the issue.

The Canadian government is not aware of any decision by Beijing to stop Chinese companies from buying Canadian crops, said James Watson, a spokesman for the Canadian agriculture department.

Some Canadian canola shipments are due to arrive in China this month, but Canadian exporters said most of them are deliveries of sales made before Meng’s detention in Vancouver.

A dozen traders, some with direct knowledge of sales in Canada and China, and others in the United States who monitor sales, said the shipping pace has noticeably slowed since Meng’s arrest.

Factors besides the political dispute may also play a role in reduced interest from Chinese buyers, such as lower demand for pig feed and weak profit margins at Chinese processors.

There is no evidence to suggest that Beijing has ordered buying to slow. But some importers say they are avoiding purchases as they pre-empt additional hurdles to trade.

Total exports of Canada’s most recent canola crop are down 7 per cent year over year from August through Jan. 27, according to the Canadian Grain Commission. Chinese customs data showed that China received 347,949 tonnes of Canadian canola in December, higher than the same month a year earlier, reflecting earlier sales.

A source at a Chinese company that imports Canadian canola said it stopped buying from Canadian sources shortly after Meng’s arrest.

“We are not buying now as the current situation is quite tense and sensitive,” the source said.

China relies on Canada to supply more than 90 per cent of its canola imports. But Beijing has imposed barriers on these shipments in the past, giving reasons such as concern about fungus and foreign material in cargoes.

Canola’s name itself incorporates Canada, the country where it was developed as a new form of rapeseed in the 1970s, making it a national symbol and “a weak spot where they can hit us,” a Canadian exporter said, adding that other Canadian exports such as soybeans and canola meal have not faced similar obstacles in China.

Another Canadian trader said he was not aware of any Canadian export company booking a new canola shipment to China since Meng’s arrest. “It brings a lump to everyone’s throat.”

Canola futures prices have stayed firm since the arrest, but brokers say worries about China have caused prices for canola to miss out on a rally in its oilseed cousin soyoil. 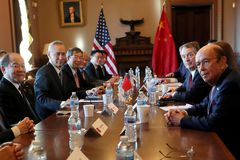 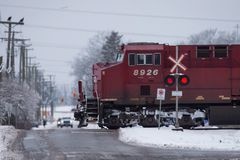 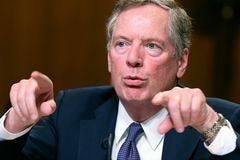