Huawei Technologies Co. Ltd.’s recent pledge to shift U.S. researchers north of the border continues a decade of steady growth in Canada and comes even as it awaits a government ruling on the security of 5G wireless technology that could slash its business in this country.

Over the past 10 years, the Chinese telecommunications giant has pursued numerous partnerships with Canadian academics, spending $50-million on university research, according to a recent report the company commissioned. It has also hired hundreds of its own employees to work on research and development (R&D) as well as salespeople to strike deals with Canadian telecoms, including its largest clients, BCE Inc. and Telus Corp.

In 2010, Huawei had about 70 R&D employees in Canada. By early last year, it had more than 550. By the end of this year, the company says that number will stand at about 1,000 out of a total work force of about 1,200 employees, with six offices in four provinces.

In an interview with The Globe and Mail last week, Huawei founder Ren Zhengfei said those numbers will grow even more, stating the company’s “centre for research and development will be moved out of the United States. And that will be relocated to Canada."

Mr. Ren spoke with The Globe one year after Canada arrested his daughter Meng Wanzhou, Huawei’s chief financial officer, in Vancouver. She faces extradition to the U.S. on charges related to the violation of sanctions against Iran. U.S. intelligence authorities have raised concerns that the company could be compelled to help Beijing spy and urged their allies to ban Huawei’s equipment from their communications networks.

In the midst of a broader trade war with China, the U.S. has also blocked Huawei’s access to U.S. technology and Mr. Ren said the company cannot exchange phone calls or e-mails with its U.S. workers.

“Our ability to operate in the U.S. has become more and more complex,” said Alykhan Velshi, vice-president of corporate affairs at Huawei Canada. “So a lot of the funding that was going into the U.S. we’re now shifting into Canada, as well as some of the headcount.”

He would not provide details on the company moving U.S. citizens or green-card holders to Canada, which Mr. Ren mentioned in the interview, but said, "Some of the people are moving, but it’s also the investments. The North American investments that would have taken place in the United States are now taking place in Canada.”

Still, there are questions about the motivations behind the company’s steady growth in Canada and the manner in which governments have allowed it to happen.

"I think that their announcement about moving a research facility to Canada is a cynical attempt to try to buy off Canadian approvals for Huawei’s access to 5G,” said Lawrence Herman, an international trade lawyer and senior fellow with the C.D. Howe Institute.

Mr. Herman said Ottawa could take legal steps to restrict the export of intellectual property (IP) generated in Canada and both federal and provincial governments could cut funding to universities that work with Huawei. Yet, he notes there is little governments can do with respect to Huawei’s direct hiring of workers in Canada. “We really can’t control incremental investments and, in fact, we want to have an open investment regime,” Mr. Herman said.

Canada has a wealth of engineering and computer science talent, but Huawei is also investing here to avoid the U.S. restrictions, said Christopher Parsons, a senior research associate at the Munk School’s Citizen Lab at the University of Toronto. He said that fact makes it crucial for Ottawa to put forth a coherent policy that addresses both national security and economic concerns.

“We’ve already seen how Canada has been caught between the U.S. and China over Huawei," he said, noting that the company’s hiring in Canada suggests “that we’re seen as a safe space.”

“It is really imperative that the Canadian government make clear exactly what we are. Are we friendly for business from Huawei and other Chinese companies? Or are we closer to where the Americans are? And that has not been communicated, at least not publicly."

Canada should also consider whether it is getting enough benefit out of Huawei’s presence in the country, said Amy Karam, an Ottawa-based consultant on global competitive strategy.

“If Huawei is going to be licensing and selling 5G technology and it was IP developed in Canada that was part of that, we should be demanding a cut of the IP [value]," Ms. Karam said. She suggested the government create a revenue-sharing model as part of a broader policy around foreign direct investment. "I don’t think jobs are enough.”

Dani Keenan, press secretary for federal Innovation Minister Navdeep Bains, would not comment directly on Ottawa’s policies around Huawei’s investment in Canada but said the government is proud of its record on attracting foreign investment. “Companies from all over the world want to invest in Canada because of our skilled work force and strong innovation economy.”

While the company has recently trimmed its U.S. work force by 600 to about 250 employees, Huawei Canada has posted about 125 jobs on its LinkedIn webpage over the past month.

Mr. Velshi said most of the Canadian hiring will be in Ontario, home to its two primary offices: Ottawa, where it does most of its 5G research, and Toronto, where it is working on artificial intelligence, machine learning and big-data analytics. It is also working on other issues, including privacy and data security, at offices in Waterloo, Quebec City, Edmonton and Vancouver.

He said the research will continue even if the government ultimately bars Huawei from selling its 5G network equipment to Canadian carriers. 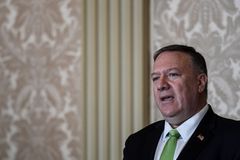 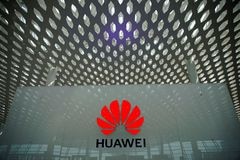 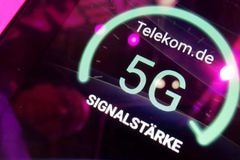