Huawei Technologies Co. Ltd. is seeking to reassure customers in the face of U.S. trade restrictions imposed on the Chinese telecom vendor, saying it has built up a 10-month stockpile of supplies made by American companies and plans to eventually rely on suppliers from other countries.

Last week, the U.S. Commerce Department blocked Huawei from buying U.S.-made goods, although it eased those restrictions somewhat on Monday, granting the Chinese company a licence to buy American-made equipment for 90 days. The U.S. government said this was to give telecom operators using existing Huawei equipment “time to make other arrangements.”

Huawei relies on a number of U.S. hardware and software suppliers to make both its network infrastructure equipment and its consumer smartphones. Before the temporary reprieve, Bloomberg reported that major U.S. computer-chip makers Intel Corp., Qualcomm Inc., Xilinx Inc. and Broadcom Inc. were preparing to cut supplies to Huawei, raising questions about how the Chinese company could build new products as well as service its existing equipment.

In Canada, BCE Inc. and Telus Corp., the country’s second-largest and third-largest wireless carriers, used Huawei radios and antennas extensively to build their current cellular networks. The Canadian government is conducting a review of 5G (or fifth-generation) technology and the U.S. crackdown on Huawei’s supply chain presents another complication for BCE and Telus as they weigh whether to stick with the Chinese vendor for their next generation of wireless networks or form new partnerships with one of its main rivals, Finland’s Nokia Corp. or Sweden’s Ericsson.

The recent U.S. trade restrictions could also have an impact on Huawei smartphones, its second major line of business. Many Canadian carriers sell the devices, which run on the Android operating system, made by Alphabet Inc.'s Google. On the weekend, Google said it will restrict Huawei’s access to its proprietary apps and services and if the ban proceeds, key features such as the Google Play app store and security functions will not work on new devices.

In a statement to The Globe and Mail on Tuesday, Alykhan Velshi, vice-president of corporate affairs at Huawei Canada, said the company will continue to serve its telecom clients despite the U.S. restrictions.

“Huawei is in a position to fulfill all contracts signed with our global customers, including Canadian customers, as well as meet future demand – all the while ensuring operational continuity of equipment already used in our customers’ networks."

Mr. Velshi, who was in Shenzhen, China, for meetings with executives at the company’s global headquarters, said the vendor “has already built up a 10-month storage of chips and components provided by U.S. companies," and added that Huawei is working on a plan to use non-U.S. suppliers in the future.

“We have already developed a solution for replacing American chip and component suppliers with suppliers from other countries, so that we can fulfill all contracts signed with our global customers and meet future demand,” he said. “We have built up a stock of spare parts used for maintaining live network equipment worldwide for the next five to six years to ensure operational continuity of equipment already used in our customers’ networks, including in Canada.”

Regarding its smartphones, Huawei Canada said on Monday it will “continue to provide security updates and after-sales services to all existing Huawei and Honor [a Huawei sub-brand] smartphone and tablet products, covering those that have been sold or still in stock globally.”

For its part, Android said on Twitter that it is complying with U.S. government requirements, but that “services like Google Play & security from Google Play Protect will keep functioning on your existing Huawei device.”

BCE spokesman Marc Choma said, “We’re working with the supplier to address any potential future impact of U.S. measures on Canadian customers.” Mr. Choma would not comment specifically on how the U.S. supply-chain restrictions could affect BCE’s existing Huawei gear, but said the company "follows Canadian rules and we’re working with the federal government to determine the best approach to implementing Huawei equipment as part of 5G network deployment.”

Richard Gilhooley, a spokesman for Telus, said his company has contacted Google Canada and Huawei Canada in order “to understand the full implications of these developments, and will advise our customers who use Huawei devices once we know more.” He did not respond to questions about Huawei network equipment.

Rogers Communications Inc. has used limited Huawei equipment in its network and says it will partner with Ericsson for 5G. But it too sells Huawei smartphones to its wireless customers. Rogers spokeswoman Sarah Schmidt said the company has been in touch with both Huawei Canada and Google. “We will continue to share information with our customers as it becomes available,” she said.

Huawei said in February that it generated US$270-million from the sale of network equipment in Canada in 2018 and made US$150-million from its consumer smartphone business here.

Last week’s crackdown on U.S. trade with Huawei came at the same time as U.S. President Donald Trump announced an executive order that gives his government the authority to ban telecommunications technology or services from “foreign adversaries." The full implicrogers

ations of that ban are not yet known and it did not specify any companies, but it is widely understood to be targeted at Huawei and its Chinese rival ZTE Corp., which the United States believes are controlled by the Chinese government and pose a national security threat.

The United States has been lobbying its allies to bar Huawei from 5G networks. The Canadian government’s cybersecurity review of 5G is expected to determine whether Canadian carriers will be permitted to continue working with Huawei. Presently, BCE and Telus say they have followed government rules and do not use the Chinese vendor’s equipment in their network “cores,” which carry more sensitive information.

Mr. Velshi called the U.S. government’s recent moves “wholly unjustified and without merit” and said Huawei will attempt to work with the U.S. to “find a solution,” but added that the company is considering, “all mitigating actions, including applying for an injunction in U.S. courts, to resolve this issue as soon as possible.” 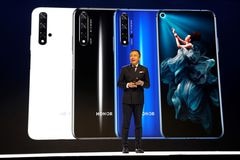 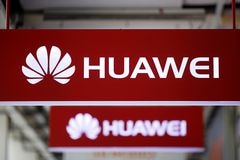