Hudson’s Bay Co. won a shareholder vote on a $29.4-million pay package for its chief executive officer, Helena Foulkes, but the measure received a strong rebuke from minority investors.

At the company’s annual meeting on Wednesday afternoon, shareholders of HBC − the owner of Hudson’s Bay, Saks Fifth Avenue and Lord & Taylor − voted 26.5 per cent against the company’s executive compensation plan, including the big package for Ms. Foulkes. The percentage opposed was more than 30 per cent when shares controlled by executive chairman Richard Baker are excluded.

The voting came amid controversy over a $9.45-a-share takeover offer led by Mr. Baker, a bid that one shareholder has called “woefully inadequate.” At the same time, HBC took the unusual move of barring media, including a Globe and Mail reporter, from attending the retailer’s annual meeting − a first in recent memory and a rare move by a Canadian public company.

Toronto-based HBC also didn’t webcast the meeting, a departure from past practice and that of many other public companies.

Governance expert Richard Leblanc said he couldn’t think of a public company in recent memory blocking the media from covering an annual meeting. He said the purpose of the meetings is to allow companies to disclose their strategy and performance but also to listen and respond to questions from investors and other stakeholders.

“Good governance is complete transparency and accountability to stakeholders, by the board and senior management,” said the associate professor of law, corporate governance and ethics at York University, referring to annual meetings.

HBC’s annual meeting in Toronto came nine days after Mr. Baker launched his bid to take the retailer private for $9.45 a share in cash − or about $1-billion − prompting U.S. shareholder and activist investor Jonathan Litt to call it “woefully inadequate.”

Mr. Litt, whose Land & Buildings Investment Management LLC owned an estimated 3 per cent of HBC’s shares last year, called on the retailer to explore “strategic alternatives,” including a sale, and to hire an independent investment bank to evaluate how much HBC’s real estate and retail banners are worth. He said Mr. Baker’s group should offer $18 a share to take the company private.

HBC has been struggling for years in a difficult department-store market that is being squeezed by e-commerce and low-cost specialty rivals while HBC has made its own missteps. But it has touted its real estate as being a valuable asset; last September, Ms. Foulkes said the properties alone were worth $28 a share.

Ms. Foulkes arrived at the helm in early 2018 with a mandate to turn around HBC’s flagging fortunes. She has taken bold steps, including moving to sell or close unprofitable divisions and stores while focusing on the retailer’s most promising businesses: Saks Fifth Avenue and Hudson’s Bay. She said last week that she expects improved results in the second half of 2019 but much remains to be done.

While the stock was trading at just $6.37 before the go-private offer was unveiled on June 10, it has jumped in past days to levels beyond the $9.45-a-share privatization proposal − suggesting that some investors expect a higher bid. On Wednesday, HBC’s stock finished at $9.85 on the TSX, down almost 2 per cent on the day but still above the offer.

In its filing for the annual meeting, HBC says a “significant portion” of Ms. Foulkes’s share-based compensation − the biggest chunk of her pay − is “at risk.” It depends on whether HBC’s stock performs well and whether she stays long enough to collect.

It says it needed to award one-time payments and stock options to attract an executive of Ms. Foulkes’s calibre, especially since she was recruited from the United States where executives generally earn more money. 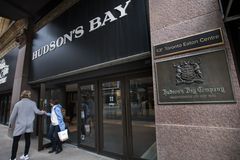 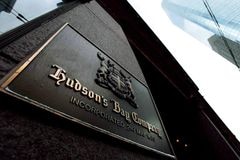 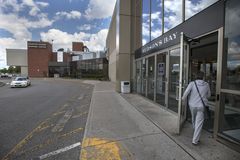