The amount, which includes extensive stock-based awards, was one of the single highest executive compensation plans among Canada’s publicly traded companies last year even though HBC isn’t among this country’s largest companies, governance specialists said.

Meanwhile, shares of HBC, which owns its namesake chain and the luxury Saks Fifth Avenue, have dropped 35 per cent since Ms. Foulkes arrived at HBC in February, 2018, closing at $6.40 on Monday.

A “significant” number of HBC shareholders could vote against the executive pay in their say-on-pay vote at their June 19 annual meeting, predicted Richard Leblanc, associate professor of law, corporate governance and ethics at York University. They may find the pay included too much non-performance-based compensation such as guaranteed bonuses and time-based granted shares as the retailer’s stock price waned, he said.

“Shareholders can be forgiving for executive pay if they also benefit,” Prof. Leblanc said. “This is not the case here … Is this good pay governance? Probably not.”

HBC shareholders ultimately approved the plan in a say-on-pay vote. Investors reached late last week said they weren’t ready to weigh in on the latest pay package. (Mr. Baker got a more modest $1.8-million in the past year.)

Ms. Foulkes, a former president at U.S. drugstore giant CVS Health Corp.’s pharmacy division, was brought in to HBC in early 2018 to spearhead a turnaround. Since then, the seasoned executive has made bold moves: She oversaw the sale of half of HBC’s money-losing European operations and the unloading of its Lord & Taylor flagship store in New York, as well as its Gilt.com flash-sale fashion site. She also decided to close unprofitable Lord & Taylor and Saks OFF 5th stores and all 37 Home Outfitters outlets in Canada.

Last month, HBC said it is considering selling its entire U.S. Lord & Taylor chain, which has suffered in a rocky department-store segment as consumers increasingly shop online or at lower-cost rivals.

However, proxy advisory firm Glass Lewis & Co. LLC, which counsels institutional investors on how to vote their shares, gives HBC an F grade for its executive compensation, pointing to the retailer having been “deficient in linking executive pay to corporate performance.”

Glass Lewis recommends opposing the company’s pay practices, as it did a year ago. “A properly structured pay program should motivate executives to drive corporate performance, thus aligning executive and long-term shareholder interests," it says in its latest report. “In this case, the company has not implemented such a program. Furthermore, we note that the company has had a history of misaligning pay and performance … . In our view, shareholders should be deeply concerned with the compensation committee’s sustained failure in this area.”

It says the CEO’s latest pay package was more than four times the average compensation received by other top HBC executives. “A high level of executive pay inequity, as in this case, can indicate serious long-term problems with a company’s compensation practices and more broadly its board-level management and oversight,” it says.

HBC spokespeople declined to comment but cited the retailer’s information circular for its June 19 annual meeting as reflecting its position. The circular says “a significant portion” of Ms. Foulkes’s share-based compensation – the single biggest portion of her pay – is “at risk.” It essentially depends on whether HBC’s stock performs well and whether she stays long enough to collect the money.

To attract an executive of Ms. Foulkes’s calibre, HBC needed to award her one-time payments and stock options, the company’s circular says. As well, as she is a U.S. executive, HBC had to compare her pay with peers south of the border, where executives generally make more money.

HBC said it rewards executives for strong operating performance, achieving enhanced shareholder value and “creating a strong and direct link between the company’s compensation program and its short-term and long-term strategic priorities and initiatives.”

Ms. Foulkes earned a base salary of more than $1.5-million last year plus a bonus of more than $5.7-million, HBC’s circular says. The bonus consisted of a guarantee of more than $2.7-million and a $3-million sign-on bonus.

HBC said it granted Ms. Foulkes $6.4-million of the restricted share units because she lost out on getting that amount at CVS, her former employer, when she left. And HBC granted her almost $1.7-million of stock options to “incentivize the CEO to drive long-term value creation.”

The company said the compensation she actually received last year amounted to $15.6-million and her anticipated pay in 2019 will be just $4.48-million because she will not get the one-time awards that she got in 2018.

Paul Gryglewicz, senior partner at Global Governance Advisors, said companies tend to spend more to recruit an American executive compared with a Canadian one. “They’re paying for an all-star essentially,” he said. “It’s like bringing a high-priced quarterback to your football team. You hope that they don’t get injured and they drive you to a Super Bowl. But if they get injured or they don’t do as well with your players, then you’re still stuck paying a big contract fee.”

He said HBC could have strengthened its governance by giving Ms. Foulkes other long-term performance incentive targets rather than just its stock price, such as sales, profit and e-commerce goals. (Her annual bonus starting this year is tied to HBC’s financial targets.)

Michel Magnan, an accountancy professor at Concordia University who specializes in corporate governance, said a struggling company such as HBC with a high rate of executive turnover typically has to pay more to attract a new leader. If the retailer had groomed someone from within to take the top job, it wouldn’t have cost so much, he said. “If I were an investor, I would certainly raise some questions about the compensation … I’m personally not that sure I would vote in favour.”

In its fourth quarter, HBC posted a $226-million loss from continuing operations compared with a $180-million profit a year earlier. Sales fell to $2.9-billion from $3.1-billion. On a positive note, sales rose 3.9 per cent at HBC’s Saks and 8.7 per cent in its e-commerce. But those critical same-store sales fell 2.1 per cent at Saks OFF 5th and declined 1.4 per cent at HBC over all. 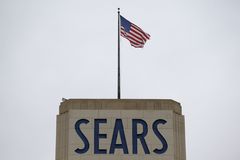 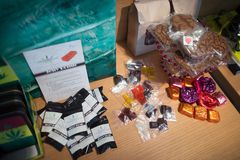 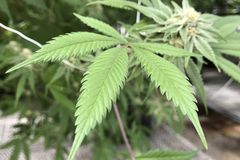