Hudson’s Bay Co. ULC is selling a stake in Saks.com and making it a separate company, paving the way for a possible public offering for the e-commerce business.

New York-based venture-capital company Insight Partners has agreed to pay US$500-million for a minority stake in the new company, Saks.com LLC, while HBC will hold a majority stake.

The deal values the e-commerce business at US$2-billion (roughly $2.5-billion), according to HBC. About a year ago, an investor group led by HBC chairman Richard Baker paid $1.12-billion to take HBC private, in a deal that valued HBC’s equity at $2.74-billion, not counting the company’s debt.

HBC will continue to operate its 40 Saks Fifth Avenue luxury department stores as a wholly owned business, under the holding company that also owns the Saks Off Fifth and Hudson’s Bay chains.

While the two Saks businesses will collaborate – for example, continuing to allow customers to return online purchases in stores – HBC is hoping a separate Saks.com entity will attract more investment.

“We’re going to take this moment in time to raise money against that Saks.com company, and we’re going to use that money to heavily invest in luxury [retail] online,” Mr. Baker, HBC governor, executive chairman and chief executive officer, said in an interview. “What the market has told us is, by combining all these businesses together … investors don’t understand it and don’t appreciate it. And you can’t create liquidity and value in the best way.”

Currently, the Saks e-commerce business has roughly US$1-billion in annual sales, he said.

“Very few people have heard of Mytheresa, but they’ve been able to take that category and do reasonably well, and build a nice-sized business,” Insight Partners managing director, Deven Parekh, said in an interview. “What’s the upside of being able to offer those products and more, with a brand that’s known globally? I think the upside is tremendous.” Insight invests in a number of e-commerce companies – including HelloFresh, Fanatics, and Chinese giants Alibaba Group Holding Ltd. and JD.com.

Like many retailers, HBC has been struggling during the COVID-19 pandemic, as widespread store closings last year decimated retail sales. In the summer, the company planned to raise up to US$900-million in debt to shore up its balance sheet. It abandoned the plan in August, after bankers structured an offering with a higher interest rate than HBC wanted to pay. Instead, the company opted at the time to borrow US$150-million, according to Mr. Baker.

“HBC through the pandemic has had more than enough liquidity,” he said, adding that the company has cancelled some of its orders from vendors and benefited from government aid for businesses affected by COVID-19.

HBC has also been engaged in legal battles with landlords for not paying rent on at least 20 store locations in Ontario, Quebec, B.C. and Florida. During the pandemic, commercial landlords and tenants have been in negotiations over how to share the burden of forced business closings. Mr. Baker insisted that the withholding of rent was not an indication of declining financial health at HBC. “Our desire to not pay landlords for certain situations has nothing to do, and had nothing to do with our liquidity position. It had everything to do with fairness,” he said.

But HBC does acknowledge that it needs to draw more revenue from its brick-and-mortar stores. While none of the real estate is currently for sale, Mr. Baker said, the company has launched a new business called York Factory, converting parts of some stores to co-working spaces. In 2017, HBC sold its flagship Lord & Taylor store in New York to office-sharing company WeWork, which also rented out floors of Hudson’s Bay stores in Toronto and Vancouver.

So far, York Factory has opened two locations in the U.S., and aims to have five in total open by July, which will help to “right-size” some of the stores, which are “in retreat, and not a big growth opportunity,” Mr. Baker said. Most locations will be in the suburbs – a bet by HBC that employees with more flexible working arrangements postpandemic could be drawn to shared office spaces closer to home.

While the pandemic has been a blow to brick-and-mortar businesses, online sales have risen significantly. Although shopping habits have been shifting online for a number of years, many luxury product purchases are still done in stores. But this too has been changing, and a number of companies have seized on the growth in luxury e-commerce, including Net-a-Porter and Farfetch.

“Luxury was sort of the last bastion of business to move online, and it’s just beginning now. We believe it’s going to triple in volume over the next five years,” Mr. Baker said.

Saks Fifth Avenue president and CEO Marc Metrick will be CEO of the new Saks e-commerce company, HBC announced on Thursday. Saks.com will eventually add a “marketplace” element, allowing products from third-party sellers on the site. Former Amazon executive Sebastian Gunningham, who was involved in the marketplace expansion at the e-commerce giant, will join the Saks board of directors and will be an adviser to the new company.

Saks Fifth Avenue’s director of stores, Larry Bruce, will be promoted to president of the store business remaining under HBC’s ownership.

Insight Partners invests in other online luxury businesses, including Chrono24, a marketplace for watches, and 1stDibs, which sells antiques, art, jewellery and clothing.

“There is more that we can do on the [Saks] site experience to make it more of a luxury experience,” Mr. Parekh of Insight Partners said. “Some of that has, frankly, been because of the way the company was structured, as part of Hudson’s Bay. They’ve had to run it, not necessarily making all the investments that we’re going to be able to make as an independent company with a really healthy balance sheet.” 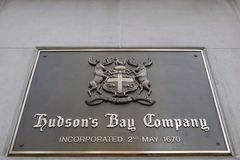