Husky Energy Inc. wants Ottawa to step in and help rescue its $2.2-billion West White Rose drilling expansion off the coast of Newfoundland and Labrador, after the company announced it will review the project and its future operations in Atlantic Canada as it struggles with extreme market volatility.

The Calgary-based company suspended work on the expansion in March, because of the pandemic. On Wednesday, it went a step further, announcing a review of the entire West White Rose project, the latest oil and gas development to wither in the face of decimated crude demand, low prices and a chilly investment climate that has made it difficult for energy companies to secure capital.

The White Rose field sits around 350 kilometres off the shores of Newfoundland. It produces about 26,000 barrels per day, but that number is falling as the reservoirs empty. The extension would add about 75,000 barrels a day.

Husky says the expansion project is the anchor of its viability and future in Atlantic Canada and would create around 250 full-time wellhead platform jobs.

The company envisages an arrangement similar to that of the Hibernia offshore rig, in which the federal government acquired an 8.5-per-cent working interest in 1993 after Gulf Canada withdrew from the project.

Husky senior vice-president Janet Annesley told The Globe and Mail in an interview Wednesday that the company has been in discussions with the federal and provincial governments for “several months” about taking an economic stake in the project.

Ms. Annesley wouldn’t go into details about the numbers involved in such a deal, but said it was a “unique” investment opportunity with “significant” potential returns for taxpayers.

“It would also preserve the jobs and the billions of dollars in taxes and royalties that the project will generate,” she said.

“As a company, we have made it a priority to protect our balance sheet and preserve liquidity, which means it’s impossible to – on our own – fund the project to completion.”

Charlene Johnson, chief executive of Newfoundland and Labrador Oil and Gas Industries Association (NOIA), told The Globe Husky’s move to review the project’s scope, schedule and cost is exactly the kind of thing her group has been warning of for months.

While she isn’t surprised by Husky’s decision, she is frustrated and called on governments to help out. Tens of thousands of Newfoundlanders and Labradorians employed in the energy sector are out of work, she said, and the industry is “on the brink of collapse.”

The pandemic has closed the province’s only oil refinery and put its $6.8-billion deep-water Bay du Nord oil field project on hold. If the industry collapses in the province, Ms. Johnson said, it would shoot a billion-dollar hole in Newfoundland’s $8-billion annual budget.

“How are you going to replace that, and what services are going to be impacted by that?” she said.

But as Husky eyes its balance sheets, so too does the Newfoundland and Labrador government, whose coffers have taken a beating from the pandemic-caused economic slowdown.

Andrew Parsons, Minister of Industry, Energy and Technology, said even though his government supports the project, the province is too strapped for cash to pursue the “significant equity investment” Husky wants.

Mr. Parsons said he is “anxiously waiting” to see whether the federal government will come to the table and, if so, what it will bring.

Federal Natural Resources Minister and St. John’s MP Seamus O’Regan wasn’t available for an interview, but said in an e-mail his government is at the table with his home province hammering out “concrete steps” needed to support the offshore sector and sustain its competitiveness.

The industry has pushed for supports in the form of federal incentives for exploration, but as yet there are no specifics about what such a program would look like. 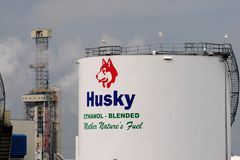