Hydro One Ltd. won Ontario government approval for two long-planned takeovers last week, clearing the way for renewed growth at a utility that spent the past two years in Premier Doug Ford’s doghouse.

Hydro One announced plans to buy Orillia Power Distribution Corp. from the Ontario city for $26.4-million in 2016. The Orillia utility is known as a local distribution company (LDC), and provides electricity to 14,000 customers. Toronto-based Hydro One followed up in 2018 with the planned purchase of Peterborough Distribution Inc. and its 37,000 customers for $105-million.

The provincial regulator, the Ontario Energy Board (OEB), blocked both acquisitions and sent them back to Hydro One to be reworked. While the deals were in limbo, Mr. Ford’s Progressive Conservatives ran an election campaign that targeted what it portrayed as excessive compensation for executives at Hydro One, which is 47 per cent owned by the province. Mr. Ford’s election led to the departure of Hydro One’s management team and board, and the cancellation of a planned $4.4-billion U.S. acquisition.

Hydro One brought in former BC Hydro executive Mark Poweska as its chief executive. After taking the helm just over a year ago, Mr. Poweska said the company’s priorities included closing the Orillia and Peterborough acquisitions, and that expansion would be limited to Ontario. The company’s transmission lines cover 90 per cent of the province, but it distributes electricity to only 26 per cent of potential Ontario customers. Most homes and businesses get their power from municipally owned LDCs.

Last Thursday, regulators gave the two deals a green light after Hydro One pledged to drop rates in Orillia and Peterborough by 1 per cent, then freeze rates for five years.

Ontario has a total of 59 LDCs, and analysts say Hydro One or rivals such as Alectra Inc. can boost profits by snapping up these publicly owned businesses from capital-starved governments.

“We see potential for Hydro One to drive synergies and reduce costs through these acquisitions, providing a benefit to the company as well as ratepayers,” Raymond James analyst David Quezada said.

He estimated potential takeover targets have a combined “rate base” – industry jargon for their asset base – of $9-billion. Toronto Hydro and Ottawa Hydro are the largest players, with rate bases of $4-billion and $1-billion, respectively. Hydro One has a $19.7-billion rate base.

In another sign that Hydro One is rebuilding bridges with the provincial government, Mr. Poweska announced a program last week in which its call centre employees will contact travellers entering Ontario to ensure they comply with Canada’s quarantine rules to combat COVID-19. The government sends Hydro One employees the names of returning travellers, and the utility’s staff call with guidance on how to self-isolate and spot the symptoms of the virus. The initiative got a hat-tip from Deputy Premier and Minister of Health Christine Elliott, who said in a press release: “Hydro One is helping the province to remind Ontarians they need to stay safe at home."

Key regulatory decisions on Hydro One rates have played out as expected in recent months, according to Mr. Quezada. “We believe this, as well as the Orillia/Peterborough decisions, and establishment of a COVID-19 tracking account removes substantially all of the regulatory uncertainty for Hydro One,” he said. Analysts were concerned the OEB would block the Orillia and Peterborough transactions no matter how Hydro One structured them.

Hydro One’s stock price rose steadily after Mr. Poweska landed the top job and rolled out the Ontario-focused growth strategy. Even after the recent stock market slump induced by COVID-19 , Hydro One’s share price is up 20 per cent since the new CEO was appointed.

Hydro One holds its annual meeting on Friday, and ahead of the event, the company reported 2019 executive compensation. After criticizing the $6.2-million pay package awarded to former CEO Mayo Schmidt, Mr. Ford’s government capped CEO compensation at $1.5-million. Mr. Poweska was on the job for seven months last year and earned a total of $677,000. The top earner on the current management team was chief financial officer Chris Lopez, who made $909,000 in 2019. 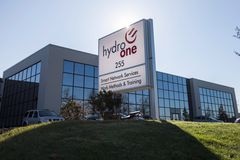 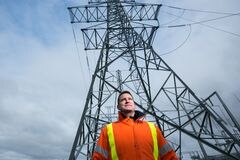