A hydro power storage project proposed at the site of one of the worst coal mining environmental disasters in Canada has been given regulatory approval.

Turning Point Generation, developer of the Canyon Creek Pumped Hydro Energy Storage Project, says the recent ruling by the Alberta Utilities Commission means it can now seek financial support for what it says would be the first large-scale energy storage project in the province.

Canyon Creek is to be located next to the decommissioned Obed Mountain open pit thermal coal mine about 60 kilometres east of Jasper National Park, said Kipp Horton, CEO of Calgary-based WindRiver Power Corp., the parent company of Turning Point.

“We’re repurposing the site for what we believe is a modern grid type of product,” he said, pointing out the project will be able to utilize mine roads and a high-voltage power connection to reduce new environmental disturbances.

In November 2013, one of the then-suspended mine’s tailings dams failed, releasing an estimated 670 million litres of slurry into two creeks that fed into the Athabasca River, thus sending fine rock, clay and unrecovered coal particles as far as Lake Athabasca, 500 kilometres away.

The mine owner was handed nearly $4.5 million in federal and provincial penalties in 2017.

At night, when power demand is low, water will be pumped from the lower to the upper pond, gaining 500 metres of elevation. When demand is high, the water will flow the other way, turning a turbine generator producing 75 megawatts, enough to power about 50,000 homes, for up to 37 hours at a time.

“Typically, the price of power goes down during the night because we’re all sleeping, industry isn’t using it and, in Alberta, in fact, the wind blows stronger at night,” said Horton.

“We can be a sponge and soak up that power that’s being produced at night ... run our pumps, move that water uphill 500 metres in elevation and then have a fully charged battery, in a sense, ready for 8 a.m. when Alberta wakes up and starts flicking on lights.”

The only other pumped hydro system in Canada has been in use at Niagara Falls in Ontario since the 1950s, he said.

Calgary-based TransAlta Corp. has proposed adding a pumped hydro component to more than double capacity at its existing 355-MW Brazeau facility on the North Saskatchewan River southwest of Edmonton.

It has set 2021 target to start construction, subject to winning a long-term contract.

Horton said he is also looking for customers to sign long-term contracts but hopes to start construction on the much smaller Canyon Creek project by next spring and have it operational by the end of 2020. He said the capital cost will be in the millions but has yet to be finalized.

In its decision, the regulator found that the project “is in the public interest” in terms of social, economic and environmental effects.

In February, Alberta’s NDP government unveiled its second request for proposals to build renewable power projects, targeting a total of 700 MW of new capacity, with 300 MW reserved for proposals with Indigenous equity ownership.

In the first round last year, three companies were chosen to spend about $1 billion to build four wind power projects capable of generating 600 MW of new generation under 20-year contracts with a set minimum price.

The province wants to add up to 5,000 MW of renewable energy through private sector investment of about $10 billion by 2030. 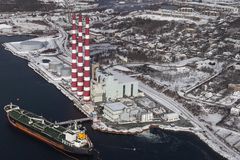 Hydro One names new board of directors after mass resignations
Subscriber content
August 14, 2018 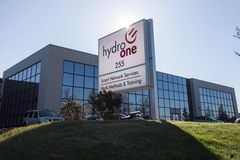 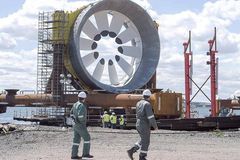