Hydro-Québec is pulling back on its hunt for international energy assets and stepping up investments at home as it warns of a big hit to income from the novel coronavirus pandemic.

Under new chief executive Sophie Brochu, Canada’s largest electric utility will suspend a four-year-old effort to purchase assets or stakes in power generation and transmission companies outside Quebec. Hydro still intends to build on its footprint in the United States and Canada, but the change in strategy affects other countries, Ms. Brochu said.

“We’re hitting pause and taking a step back,” Ms. Brochu told reporters Monday after an exchange with the Chamber of Commerce of Metropolitan Montreal. “We’re going to spend the money here instead of investing it in Peru, for example. It’s not only a question of finances. When you go international, you need the people … you need an entire managerial team that will get involved there. Today is not the time for that. We need our people here.”

Ms. Brochu took over as CEO of Hydro-Québec in early April while much of Quebec’s economy was under a government-mandated shutdown to prevent the spread of COVID-19. The slowdown means major clients such as pulp and paper companies are using less power. That will chop Hydro’s profits by “hundreds of millions of dollars” this year, the CEO said without getting more specific.

“We have no idea at what rhythm the Quebec economy will pick up again,” Ms. Brochu said, adding the utility will have a better idea over the next two months. “The impacts are real. And that’s true for all electric distributors across North America.”

Hydro-Québec had already warned in May that it would be unable to achieve its target net profit of about $2.9-billion this year, in part because of lower demand from clients during a warmer winter.

Between March and June, the forced shutdowns stripped Hydro of some $130-million in revenue from Quebec customers alone, Ms. Brochu said. Lower power exports to the U.S. northeast will compound the problem, she said.

Under previous CEO Eric Martel, Hydro in 2016 revived a strategy to push out internationally in a bid to counter what it predicted would be slowing growth from domestic sales. The company had aimed to generate $100-million in returns from those mergers and acquisitions investments by the end of this year. By 2030, it wanted them to make up one-fifth of annual profit.

Deals did not materialize the way Hydro hoped, however. The utility found itself competing with pension funds and other global investors that were willing to pay much more for energy assets, Ms. Brochu said. Chinese companies, in particular, have emerged as major players with considerable financial means, according to Yvan Cliche, a former Hydro executive who is now a policy fellow at the University of Montreal.

In the end, Hydro struck only one major M&A-type investment agreement under Mr. Martel’s tenure. That was a $661-million private placement in Longueuil, Que.-based Innergex Renewable Energy Inc., announced in February of this year. Hydro also committed another $500-million to co-investment projects with Innergex.

The coronavirus crisis has only increased the urgency of putting the utility’s money to work in Quebec now, Ms. Brochu said. She said the utility will accelerate its previously-planned capital investments – including modernizing its Outardes-2 and Manic-3 hydroelectric power facilities and building new charging stations to meet the increasing popularity of electric cars.

Last week, the Crown corporation announced it would expand the subsidies available to Quebec businesses wanting to improve their energy efficiency with projects such as upgrades of heating and lighting systems. Ms. Brochu called it a “no-regret move" that would benefit the economy. The utility has also suspended administration charges for unpaid bills during the pandemic and vowed it will not interrupt power to homes and businesses for non-payment.

Executives with the power producer signalled in May that its international expansion was on ice. “I don’t see how Hydro-Québec could take $5-billion now and invest it in Chile because we have an investment opportunity there. Instead, the $5-billion will be invested here to support the Quebec economy,” chief financial officer Jean-Hugues Lafleur said at the time. 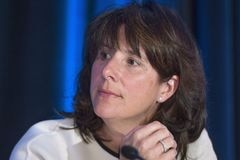 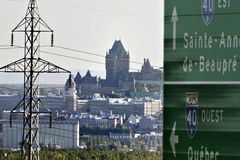 Opinion
The frustration in the West over energy policy is very, very real
December 15, 2019 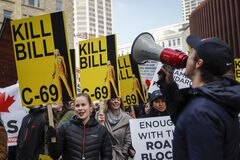 Coronavirus information
The Zero Canada Project provides resources to help you manage your health, your finances and your family life as Canada reopens.
Visit the hub
Follow Nicolas Van Praet on Twitter @NickVanPraet
Report an error Editorial code of conduct
Due to technical reasons, we have temporarily removed commenting from our articles. We hope to have this fixed soon. Thank you for your patience. If you are looking to give feedback on our new site, please send it along to feedback@globeandmail.com. If you want to write a letter to the editor, please forward to letters@globeandmail.com.
Comments