Nicolas Van Praet
Published May 12, 2021 Updated May 12, 2021
For Subscribers
Comments
Text Size
Please log in to listen to this story. Also available in French and Mandarin. Log In Create Free Account

Hydro-Québec has made a formal bid to help power the bright lights of New York City, opening up another front in its continuing battle to secure long-term electricity deals in the United States in the face of mounting opposition.

The hydroelectric power giant submitted a proposal with Blackstone-owned Transmission Developers Inc. by a Wednesday deadline, offering to supply the most populous city in the U.S. with up to 1,250 megawatts of renewable power, enough for 1.2 million homes. The partners said their solution would reduce carbon emissions by about 3.9 million metric tons a year, equivalent to removing 44 per cent of cars from Big Apple streets.

“Hydro-Québec has supplied New York state with clean, always-on, affordable hydropower for decades,” Hydro-Québec chief executive Sophie Brochu said in a statement. “[This new] proposal can expand this relationship to help the state and city meet their world-leading climate goals, all the while supporting the co-ordinated U.S.-Canada approach to encourage the development of cross-border clean electricity transmission.”

Ms. Brochu, an energy economist who previously ran natural gas distributor Énergir, is trying to boost Hydro’s electricity exports to the United States by cementing multiyear supply agreements she says have wider environmental benefit. Winning the New York supply contract would be a major coup for the utility, which is also set to supply Massachusetts with power in a separate project known as New England Clean Energy Connect.

The export effort faces significant resistance, however, as Hydro becomes the target of established U.S. oil and gas players and other opponents. In a committee hearing in Quebec City last week, the normally mild-mannered Ms. Brochu turned uncharacteristically combative on the subject, saying her patience is running out against the sustained attacks stoked by fossil fuel producers.

“Ultimately, you almost have to play dirty with people playing dirty,” Ms. Brochu told the committee.

She called out Fortune 500 company Calpine Corp. among other financiers backing opponents, saying the Houston-based natural gas and thermal energy producer and its allies are using aggressive tactics against Hydro such as paying people US$35 an hour to collect signatures on a petition in Maine, which has led to a referendum on the New England project later this year. Clean Energy Connect would carry power from Quebec to the New England grid via a new 233-kilometre transmission line running through Maine.

Hydro-Québec is spending big in its own right. The utility has poured millions into a campaign to build support for Clean Energy Connect in Maine, sparking accusations by U.S. Senator Richard Bennett and others of foreign election interference. Ms. Brochu counters that “there is nothing electoral in the construction of a commercial power line.”

Canada Pension Plan Investment Board, which operates as CPP Investments, has been a minority shareholder in Calpine since 2017 when it bought the company with a consortium of investors for US$5.6-billion in cash. Observers have in the past pointed out that it’s ironic that a steward of government-mandated pension obligations is invested in a company that opposes a clean energy project like the one Hydro-Québec is proposing.

Ms. Brochu picked up on the theme in her Quebec City committee appearance, saying the federal pension manager is invested in a power producer “seeking to torpedo” Hydro’s project and that she has started conversations with executives about the situation. CPP rejects that characterization. Its role “is to prudently place investment capital in thousands of businesses globally, not delve into operational matters, which is the proper domain of the companies themselves,” spokesman Michel Leduc, senior managing director and global head of public affairs and communications, said on Wednesday.

Hydro’s New York City proposal, known as the Champlain Hudson Power Express, offers the city two alternatives for electricity supply. The partners said Wednesday they can deliver power that comes 100 per cent from Quebec via a new direct transmission line stretching 545 kilometres, or a combination of Quebec power and New York renewable energy running through an additional converter station to be built in New Scotland, N.Y.

The proposal would be for a term of 25 years at a rate of about 10.4 terawatt hours a year, representing about a fifth of New York City’s consumption, said Hydro-Québec spokeswoman Lynn St-Laurent. Financial details were not made public. The proposal has obtained all the necessary permits on the U.S. portion of the line. 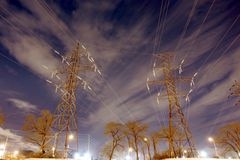 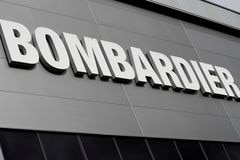 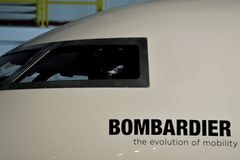