Hydro-Québec is launching a new subsidiary that specializes in energy storage systems in a bid to help speed up development of renewable power and commercialize technology it has developed over four decades.

A shift toward more renewable energy and away from fossil fuels is driving demand for large-scale power storage around the world as a way to manage the variability in the supply of weather-dependent clean sources such as wind and solar. Energy storage is considered one of the keys to a much wider adoption of renewables that will assist in fighting climate change.

Quebec Premier François Legault has made Hydro-Québec a significant part of the province’s economic recovery from the pandemic and its efforts to help combat the climate crisis, saying the province wants to increase its exports of clean power to its neighbours and become the “green battery” of northeastern North America. The government is also pushing hard to develop batteries for electric vehicles in Quebec, and wants the province to contain as much of the process as possible – from mineral extraction to manufacturing.

Hydro-Québec is set to announce the launch of a new business unit called EVLO that will design, sell and operate battery-based energy storage equipment. The public utility, Canada’s biggest electricity producer, is targeting as customers other power producers, transmission providers and distributors, and commercial and industrial clients needing medium- and large-scale storage.

“Energy storage will play a crucial role in the energy transition,” Hydro-Québec chief executive officer Sophie Brochu said. “We firmly believe that the know-how Quebec has acquired with regard to batteries will help develop solar and wind power. Our products will also have useful applications in existing power grids, such as in managing consumption peaks.”

The EVLO system uses lithium iron phosphate battery technology patented by Hydro-Québec, based on 40 years of research and development by the utility. Hydro says the batteries have a smaller environmental footprint than conventional lithium-ion batteries because they are made from non-toxic materials and 99 per cent of their internal components can be recycled.

Hydro says it has tested the storage systems in operating conditions, including in the Quaqtaq off-grid system in northern Quebec, where they were subjected to extreme weather. The technology is also being used in an energy network being built for the town of Lac-Mégantic and in Hydro’s solar farm in La Prairie. It will also be used as part of Innergex Renewable Energy Inc.’s storage-system contract with France’s Réseau de Transport d’Electricité.

Hydro said the market it is going after represents potential annual sales of $3-billion by 2030. It is aiming to capture 10 per cent of that, Guillaume Hayet, the executive who will steer EVLO, said in an interview. He said more contracts should be announced over the next several months.

“Hydro Québec has invested years of R&D into energy storage and has been ahead of the curve in recognizing that it is a critical piece of the clean energy puzzle,” said Moe Kabbara, a consultant with Dunsky Energy Consulting in Montreal.

Hydro-Québec’s research centre has developed many promising technologies over the years, but does not appear to have achieved large-scale commercial success with them, said Pierre-Olivier Pineau, an energy specialist at HEC Montréal business school. He added that it is too early to tell if this one could change that.

“There is a significant irony in this launch: This subsidiary’s business model mostly rests on an open, competitive power market, something that does not exist in Quebec,” where Hydro-Québec has a monopoly, Mr. Pineau said. “While [the utility] is very innovative in many ways, the electricity market in Quebec remains designed on vertically integrated model, which is at odds with today’s technological innovation.”

Hydro-Québec, one of the world’s largest producers of hydroelectricity, is building its first two solar generation stations and buys wind power from outside suppliers under long-term contracts. It also has several subsidiaries separate from its main business.

It operates a joint venture with auto-parts maker Dana Inc. called Dana TM4 that builds electric motors and drivetrains for buses and trucks. It also has a charging network for electric vehicles called The Electric Circuit, and last year launched a smart-home business called Hilo that sells products to help people reduce their home energy consumption. Offerings include a $99 thermostat and an $84 light dimmer.

Ms. Brochu took over as CEO of Hydro-Québec in early April, while much of Quebec’s economy was under a government-mandated shutdown to reduce the spread of COVID-19. The slowdown meant major clients such as pulp and paper companies are using less power, which will chop Hydro’s profits by “hundreds of millions of dollars” this year, the CEO said in June. Residential power consumption has increased, but has not fully offset the industrial decline, according to more recent results published in August.

What Quebec’s COVID-19 experiment can teach us about the second wave
November 20, 2020 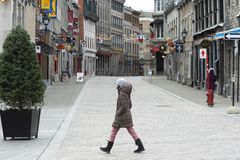 Hydro One crews working to restore power to tens of thousands after wind storm in Ontario
November 16, 2020 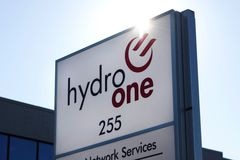