Iamgold Corp. shares have soared as the investment community turns its gaze to the $2.2-billion gold producer as a possible takeover target.

With operations in Canada, Africa and South America, Iamgold has been a long-time laggard among Canadian intermediate gold producers and recently released a disappointing production forecast for the year. But the Toronto-based miner’s shares have risen 23 per cent in the past week to close at $4.73 in Toronto.

RBC Dominion Securities Inc. analyst Dan Rollins said Wednesday that Iamgold’s “surprise” decision on Monday to defer the Côté Gold project in Quebec may have been because it wanted "to clear the decks and bolster its share price ahead of a potential transaction.” Mr. Rollins also mused that a deal involving Iamgold and another company that he didn’t name could be back on the table.

A source familiar with the situation told The Globe and Mail that Iamgold was in discussions with Kinross Gold Corp. about a possible takeover late last year. But those talks fell apart after the companies failed to reach a consensus on terms and over the composition of the board, said the source, who was granted anonymity because they were not authorized to speak publicly.

Kinross had proposed an all-stock deal to acquire Iamgold with a premium, but the value was not high enough to win Iamgold’s support, the source said. Kinross hired Royal Bank of Canada as its financial adviser while Iamgold tapped TD Securities.

The talks with Iamgold mark the second time in the past six months Kinross has spoken to a gold miner about a potential acquisition. Last fall, Kinross briefly engaged in discussions with Yamana Gold Inc., another struggling Canadian gold company, according to sources familiar with the matter who were granted anonymity because they were not authorized to speak publicly.

Steve Parsons, a Yamana spokesman, declined to comment on any talks with Kinross but said, “We do believe that we can show significantly more value as a standalone company.”

In the past few months, the Canadian gold sector has been revitalized with the unveiling of two major deals. Toronto-based Barrick Gold Corp. recently closed its US$6-billion acquisition of African miner Randgold Resources Ltd. and earlier this month, Denver-based Newmont Mining Corp. announced it is buying Vancouver’s Goldcorp Inc. for US$10-billion.

Higher gold prices have also sparked interest in the sector. After sinking to below US$1,200 an ounce in August, gold bullion has rallied to above US$1,320. Lately, gold has shot up based on indications the U.S. Federal Reserve will slow its pace of rate hikes, a development which has dampened enthusiasm for the U.S. dollar. (Gold and the U.S. dollar tend to have an inverse relationship.)

Kinross is more than twice as big as Iamgold with a market capitalization of $5.4-billion compared with $2.2-billion. Kinross produced an estimated 2.5 million ounces last year versus just under 900,000 ounces for Iamgold. While both have mines across a number of continents, there is some geographical overlap in West Africa.

Kinross and Iamgold have both been among the worst-performing long-term Canadian gold stocks. Much of Kinross’s travails can be traced back to its US$7.1-billion acquisition of Red Back Mining Inc. in 2010, which gave it a much bigger footprint in Africa.

Kinross wrote down about 80 per cent of the value of the acquisition after the price of gold plummeted and the company faced spiralling capital costs. Investors also attach a low valuation to Kinross because of the perceived political risk associated with the company’s Russian mines.

Iamgold has had serious missteps, too. When the company acquired the Côté Gold project in 2012 through its $608-million acquisition of Trelawney Mining and Exploration Inc., the company said an eventual mine could produce up to 500,000 ounces a year. But facing a capital cost investment of more than $1-billion, earlier this week Iamgold put the project on hold.

With a file from Andrew Willis 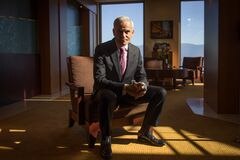 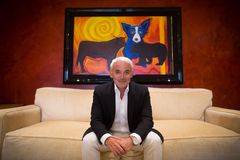