A regulatory body is seeking to discipline two former senior executives of Pace Securities Corp., a now-defunct investment dealer, alleging they failed to address conflicts of interest and to ensure the financial products they sold were suitable for clients.

The allegations by the Investment Industry Regulatory Organization of Canada (IIROC) focus on the role played by Pace Securities chief executive officer Joseph Thomson and the dealer’s chief compliance officer, Gerald McRae, in selling $46-million in investment products that have had most of their value wiped out.

The disciplinary action by IIROC comes one week after PACE Savings & Credit Union, which owned Pace Securities, announced its own investigation into whether the dealer sold risky investment products to clients who didn’t fully understand what they were buying. PACE is still recovering from separate allegations of fraud and self-dealing involving its own former top executives, which are the subject of continuing litigation.

While he served as CEO of Pace Securities, Mr. Thomson was also the dealer’s chief financial officer until July, 2019, as well as CEO and a director at a subsidiary, Pace Financial Ltd., and a related company, First Hamilton Holdings Inc. Those two companies sold preference shares that paid generous dividends to retail investors, most of whom were Pace Securities clients, and used the proceeds to invest in high-yield corporate bonds.

As of April, those shares had lost up to 92 per cent of their value, according to IIROC – a plunge that blindsided investors. All three companies are now being wound up.

IIROC alleges that Mr. Thomson’s multiple roles “generated potential material conflicts of interest” that he failed to address. As one example, the regulator cites more than $2.4-million in management fees that Pace Securities collected from Pace Financial, which were paid using funds raised from investors. As CEO of both companies, Mr. Thomson had sole approval of the agreements. “It was in [Pace Securities’] and Thomson’s interests to generate fees from [Pace Financial], whereas payment of those fees was contrary to the interests of PFL and its preference shareholders,” according to IIROC.

The regulator also alleges that Mr. Thomson and Mr. McRae failed to ensure the products they sold “were suitable for clients and within the bounds of good business practice.”

“I disagree with [the allegations],” Mr. Thomson said in an interview, adding that his multiple roles “were all approved by IIROC.”

IIROC has been investigating Pace Securities since November, 2018. Last year, IIROC asked for help from another regulator, the Financial Services Regulatory Authority of Ontario (FSRA), which was acting as administrator of PACE, the dealer’s credit union parent, after seizing control over governance issues.

FSRA commissioned an independent consultant, Louise Tymocko, to examine Pace Securities. Her report, finished last October, found “that there are no areas of concern regarding PSC’s operations that cannot be easily addressed or which potentially give rise to a risk of public harm,” according to a November letter that a senior FSRA executive wrote to two senior IIROC officers, obtained by The Globe and Mail.

Enforcement officers at IIROC appear to disagree with Ms. Tymocko’s findings, however.

“We can’t speak to whether IIROC was satisfied with those assessments but from FSRA’s perspective ... they addressed the issues which IIROC had identified,” said Judy Pfeifer, FSRA’s chief public affairs officer.

Andrea Zviedris, IIROC’s manager of media relations, said, “it is inappropriate for us to provide comment on an active enforcement matter.”

IIROC’s notice of disciplinary action, released Wednesday, outlines several alleged breaches of its regulations by Pace Securities. It describes the preference shares as “high-risk investments” in bonds that were mostly rated “highly speculative,” and relied on borrowed funds to increase the size of those positions.

Yet that high-risk designation is at odds with two third-party risk reports provided to Pace Securities, as well as the consultant’s report commissioned by FSRA, each of which rates the products as “medium-risk.”

IIROC found that a combined $12.2-million of preference shares in Pace Financial and First Hamilton were sold to clients with no tolerance for high-risk investing in their account documents, and nearly $321,000 in shares were sold to eight clients whose risk profile was 100-per-cent low-risk.

“Pace Securities advisors sold PFL and FHHI to a broad range of clients, many of whom had no, or inadequate, tolerance for risk as well as limited investment knowledge,” the regulator said.

Mr. Thomson said the preference shares “were sold at the appropriate risk level,” and some of those clients “may have revised their investment preferences.”

The Globe has interviewed multiple investors who suffered deep losses on the preference shares. They described themselves as unsophisticated in finance, at or near retirement age and looking for a safe way to earn interest. Several said investment advisers at Pace Securities did not explain the risks to them.

“I told [my adviser] that I wanted no loss of principal. That was the goal,” said Mary Gratton, 71, who invested a total of $200,000 in preference shares in Pace Financial and First Hamilton. “People didn’t understand what they were signing.”

The destruction of the value of the preference shares “has been a tragic outcome” for investors, Mr. Thomson said. “I have a lot of empathy for them.” Inside the downfall of a deal-making duo
Subscriber content
April 27, 2019 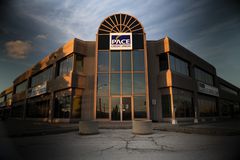 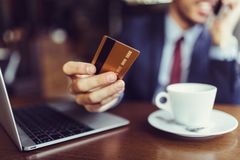