IMAX Corp has reached agreements to bring nine new large-screen theatres to India, expanding its reach in a market where the company is pursuing significant growth in the coming years, Chief Executive Richard Gelfond told Reuters.

The new theatres will boost the total number of IMAX locations in the country to 40. Fifteen already are open and 25 are under contract, including the nine new locations announced on Thursday.

IMAX will partner with INOX Leisure Ltd on five of the theatres, and with Cinepolis India on the other four, according to statements from the companies.

IMAX’s first large-format screen in India opened in 2001 but the company found it tough to expand. That changed recently, Gelfond said, as the government has become more open to facilitating commercial development, including the building of malls and Western-style multiplexes.

In February, IMAX announced a deal to add five cinemas in India through a partnership with PVR Ltd, the largest theatre chain in India.

“India has been an incredibly difficult market for us to crack,” Gelfond said in an interview. “These three deals represent a significant breakthrough for us.”

Sixty-five per cent of IMAX’s revenue in 2017 came from outside the United States and Canada, which is the world’s biggest film market. India ranks as the world’s fourth-largest box office market, according to data from the Motion Picture Association of America.

IMAX has attracted audiences in India by showing a mix of Hollywood movies such as Walt Disney Co hit “Black Panther” as well as Bollywood films that it has converted to the big-screen format.

The Bollywood films released in IMAX included “Padmaavat,” which set an opening weekend record for IMAX in India by grossing $461,000 across 12 theatres in January. IMAX also plans to convert the upcoming “Thugs of Hindostan” starring Aamir Khan into its large-screen format.

Gelfond said he expects “significant growth in the coming years” in India and “the potential for hundreds of (IMAX) theatres over time.” 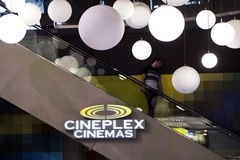 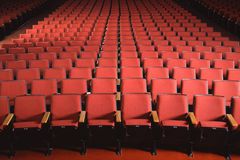 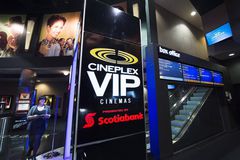