The International Monetary Fund says governments and central banks should keep their feet on the gas and extend their unprecedented stimulus packages despite growing evidence of a stock market bubble and other pockets of potential risk.

Over the course of 2020, policy makers around the world unleashed what were once almost unimaginable levels of fiscal spending and authorized massive central bank asset purchases to help stabilize the global economy. For the most part they’ve worked, and these policies continue to support economies even in the face of a second – and sometimes a third – wave of COVID-19.

But the measures have also helped distort markets, with near-zero interest rates prompting more people to invest in equities in order to earn decent returns. Low mortgage rates have also helped push up house prices, particularly in Canada, which is coming off a record year of sales.

At the same time, companies have gorged on government support, raising the threat of solvency pressures as those programs are phased out. It adds up to a complicated situation for policy makers, who need to stanch the bleeding without creating new problems.

But for now, IMF said it believes the bubbles – particularly in the tech sector – are not a threat to global financial stability, so economic supports must continue.

“We do not believe we are anywhere close to the point where policies should be tightened,” Mr. Adrian said. “Until the medical issues have been solved, we strongly advise our membership to continue the substantial monetary and fiscal support.”

That seems to be in the cards. In a unanimous decision Wednesday, the U.S. Federal Reserve kept its benchmark interest rate near zero, with no sign of that changing soon. While the economic recovery has stalled of late, Fed chair Jerome Powell pointed to the promise of widespread vaccinations, which would “enable us to put the pandemic behind us and return to more normal economic activities.”

Already, approvals of multiple COVID-19 vaccines have given investors courage to look past the next six months or even the next year, adding fuel to the stock market rally.

The surge in equity valuations has been most conspicuous in small-cap stocks. Since early November – around the time that hope, then proof, of vaccine efficacy started to become noticeable in stock markets – U.S. small-cap equities have vastly outperformed broad United States, European and emerging market indexes, according to the IMF.

The investor euphoria has been evident in Canada, which has seen a flurry of initial public offerings – particularly for software-focused tech companies. And over the past week, retail investors have become captivated by the rally, pushing valuations for individual stocks such as BlackBerry Ltd. and GameStop Corp. to absurd levels – often for no substantive reason.

“There’s certainly been a move into day trading by some of the population that is working from home or perhaps out of work,” Mr. Adrian said. But the IMF studies the structure and stability of all markets and the global economy, and for now is not overly worried.

“At the moment, these are pockets,” Mr. Adrian said, referring to the overheated sectors and stocks.

However, the IMF is concerned that a vaccination divide between developed and developing countries – with the populations of advanced economies getting inoculated first – poses a threat to the recovery. Emerging markets, including China, are a critical driver of economic momentum, accounting for about 65 per cent of global growth from 2017 to 2019.

A potential concern, the organization said, is advanced economies begin to normalize their policies while emerging markets remain accommodative as their recovery lags, which “could imperil capital flows” to those countries.

Advanced economies, in turn, could experience supply chain disruptions with countries that struggle to recover, which would “affect corporate profitability,” IMF said.

Despite various concerns, on Tuesday IMF upgraded its projection for global economic growth this year to 5.5 per cent from 5.2 per cent, owing to vaccines that should allow for the loosening of pandemic restrictions later this year. Growth is expected to be stronger for emerging markets (6.3 per cent) than for advanced economies (4.3 per cent). 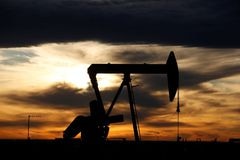 Asian shares mostly up on optimism for stimulus from Biden
Subscriber content
January 21, 2021 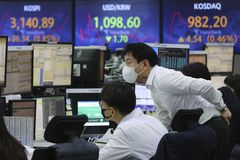 Follow Tim Kiladze and Matt Lundy on Twitter @timkiladze @mattlundy33
Report an error Editorial code of conduct
Due to technical reasons, we have temporarily removed commenting from our articles. We hope to have this fixed soon. Thank you for your patience. If you are looking to give feedback on our new site, please send it along to feedback@globeandmail.com. If you want to write a letter to the editor, please forward to letters@globeandmail.com.
Comments