Canada’s central bank is poised to launch the most sweeping review in decades of its guiding 2-per-cent inflation target, an acknowledgment of possible flaws in its inflation-fighting mantra.

The decade-long aftermath of the financial crisis has exposed potential problems in the Bank of Canada’s ability to do its job, senior deputy governor Carolyn Wilkins said Tuesday.

The central bank is doing a deep dive into numerous alternatives to the 2-per-cent inflation target – some of which could mean tolerating higher inflation – as it prepares for the 2021 expiry of its monetary policy agreement with the federal government, Ms. Wilkins said.

“There is no doubt that our inflation-targeting framework has promoted the economic and financial well-being of Canadians,” she told an audience at McGill University in Montreal. “A decade of experience in the post-crisis world, though, shows us it is not perfect.”

The bank reviews its mandate every five years. But it’s now planning a more comprehensive analysis than it’s done in decades of the various alternatives to its 2-per-cent target, which has been in place since 1995. Changes that result from the review, if any, are likely to be in place by the second half of 2021.

“Normally, we take one alternative at a time,” Ms. Wilkins explained. “Being transparent and doing a side-by-side assessment will set a really good foundation for whatever we end up deciding.”

The bank is exploring a number of variants, including temporarily setting a higher inflation target in times of economic stress, shifting to a longer-range inflation target, or tracking economic growth rather than inflation. The bank is also looking at a dual mandate – namely, targeting inflation as well as GDP growth or employment. The U.S. Federal Reserve, for example, targets both inflation and maximum employment.

The central bank uses its key short-term interest rate to try to keep inflation near 2 per cent, or the midpoint of a 1- to 3-per-cent target range. Inflation has run slightly above 2 per cent through much of this year as economic growth picked up. (Lower interest rates encourage individuals and companies to borrow more, driving up demand and prices. Higher rates do the opposite.)

One of the effects of the 2008-09 financial crisis is that the so-called neutral interest rate has been drifting lower. That is the level where rates neither slow down nor speed up economic activity. A lower level means the bank will have less room to cut rates to stimulate the economy when the next recession hits.

“The central bank is more likely to run out of conventional firepower in the event of an economic downturn,” Ms. Wilkins warned.

The bank’s overnight rate is now set at 1.75 per cent. The rate was at 4.25 per cent in early 2008 – just before the financial crisis erupted – giving the central bank ample room to cut as the economy weakened.

The other challenge of a lower neutral rate is that it has encouraged Canadians to take on too much risky debt, leaving the economy “exposed to boom-bust financial cycles,” Ms. Wilkins said.

The bank has other tools it can use, including negative interest rates – which would penalize financial institutions for parking their cash at the central bank by charging them interest – and purchases of assets, such as mortgages.

Ms. Wilkins also acknowledged that monetary policy can’t be the “only game in town.” She said government spending and tax policies are also important tools. And Ms. Wilkins gave a nod to tighter lending rules, which have been used effectively in Canada in recent years to keep a lid on risky household borrowing.

Ms. Wilkins said the central bank will develop a side-by-side comparison of the most promising alternatives to the 2-per-cent inflation target “to see if any are better.”

The objective is to figure out clear objectives for monetary policy, “and assess how it affects people,” she said.

The Bank of Canada’s next scheduled rate decision is Dec. 5.​ 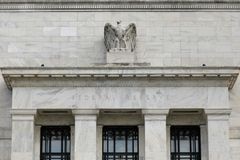