The plan comes as oil companies ramp up their emissions-reduction goals, responding to investor, policy and social pressure to meet climate goals. Imperial, for example, is part of an alliance of oil sands producers that in June announced its intention to reduce emissions from oil sands operations to net-zero by 2050.

Imperial, a subsidiary of ExxonMobil, says its new facility could reduce emissions in Canada’s transportation sector by about three million tonnes a year.

The facility is slated for the company’s Strathcona refinery. It would take raw vegetable oil – such as soy or canola – add hydrogen, put it through some additional proprietary polishing steps and convert it into diesel.

The resulting fuel can be used year-round in Canada’s harsh winter climate, in any type of engine that uses diesel for combustion. It differs from biodiesel, which converts used cooking and other oils into fuel.

Imperial vice-president Jon Wetmore told The Globe and Mail that Canada’s new Clean Fuel Standard regulations, due by the end of the year, played a large role in plans for the new renewable diesel project.

Those standards will require fuel suppliers, such as refineries, to reduce the lifecycle carbon intensity of the fossil fuels they supply.

Mr. Wetmore expects the new standards will shift diesel use in Canada from traditional to renewable, but that likely won’t make a dent in Imperial’s fossil fuel diesel production.

If the company can’t sell its fossil fuel diesel here under the new regulations, Mr. Wetmore said, it will simply move the product to other markets where regulations lag behind Canada.

“You can ship diesel on vessels going down to Mexico or Latin America and beyond,” he said.

“We want to continue to run our fossil fuel facilities as full as we can.”

While the fuel that will be produced at the facility is called renewable diesel, it won’t be emissions-free.

It will be made using blue hydrogen (which itself comes from natural gas, using carbon capture), and will release emissions when combusted as a fuel. However, a recent analysis by the U.S. government’s National Renewable Energy Laboratory found, on average, renewable diesel reduces carbon-dioxide emissions by 4.2 per cent compared with petroleum diesel.

Feedstock for the planned facility – both the oil and the hydrogen – will be provided by third parties.

The crops will be locally grown, but Mr. Wetmore said the facility will only use vegetable oil that isn’t needed for North America’s food supply chain.

“If we can provide a source of domestic consumption for that material instead of it being exported ... we feel like we won’t be disrupting or creating any risk to the food supply chain,” he said.

Mr. Wetmore expects a final investment decision on the plant by mid-2022. He said it will hinge on government support, market conditions and nailing down the final feedstock suppliers. If it goes ahead, Imperial expects production to start in 2024.

Although the project is slated for Alberta, the oil company has already entered into an agreement with the B.C. government for carbon credits under that province’s low-carbon fuel legislation.

Mr. Wetmore said Imperial is also in discussions with the Alberta government, but no agreements have been reached.

The province recently gave $4.7-million from its carbon tax on large emitters to help fund a renewable fuel facility in the Southern Alberta city of Lethbridge. That project is different, however, in that it will turn local agricultural waste, inedible animal fats and used cooking oil into biodiesel fuel and glycerin.

Alberta’s associate minister of natural gas Dale Nally said in an e-mail that he’s encouraged by Imperial’s plans to utilize hydrogen for the new facility. “Strong hydrogen demand is an important component of Alberta’s commitment to building a provincial hydrogen economy,” he said.

Mr. Wetmore wouldn’t put a price tag on Imperial’s project, but he said it would be “hundreds of millions of dollars” of investment in the facility, with a similar-sized investment from both feedstock suppliers.

“This is not a cheap venture by any stretch,” he said. 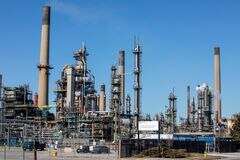 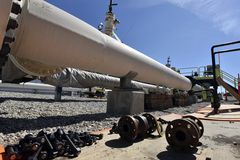