The torrent of asset-management industry tie-ups over the past few years put a spotlight on the largest players’ claims that size and scale hold the keys to success.

But one Montreal family office is taking the opposite approach, betting that a new private-equity fund set to invest in North America’s smaller, niche money managers will lead to higher returns – even if a market meltdown is around the corner.

Behind the strategy is Sylvain Brosseau, former president of acquisitive public investment firm Fiera Capital Corp. By raising $100-million – including a $40-million initial commitment from the Walter Group of Companies – he plans to buy stakes in money managers that could collectively control as much as $20-billion in assets.

The private-equity platform called Walter Asset Management will target small- and medium-sized asset managers in North America, focusing particularly on individuals with several years of experience, strong returns and the capacity to manage more money than they’ve got.

Mr. Brosseau says these managers are typically beset with a series of common challenges. “There are many firms in this industry that … hit a wall at a certain point. They develop a good track record and are good, talented investment managers, but they lack the ability to run larger organizations,” he said, adding that sales and distribution, human resources and an increasingly complex and costly regulatory environment have put pressure on small firms.

The effort comes at a time when the global asset-management industry is being reshaped by a seemingly unending stream of changes, including the rise of passive indexing, baby boomers downshifting into withdrawal mode and the threat of technological change.

Canada has been no stranger to industry consolidation with deals such as Bank of Nova Scotia’s purchase of investment firm Jarislowsky Fraser Ltd. for $950-million earlier this year.

“Whenever acquisitions tend to happen, there will be staff departures over time, and a number of them are specialists in their areas and would [go on to] launch boutiques,” said Georges Pigeon, a deal advisory partner with KPMG in Canada, speaking broadly about the industry. He said these boutiques can often generate above-market returns for small client groups, which results in those upstarts being courted again by larger asset-management firms looking to upgrade or broaden their offerings.

Mr. Brosseau said his fund will be looking to improve the competitiveness of firms he invests in. “There are two factors that are influencing clients to invest with money managers. First, is the track record. And I would say, in the last 10 years, innovative product is really something of interest to potential clients.”

The Walter Group takes its name from Walter J. Somers, who in 1952 started a business to make metalworking tools and machinery. The company is now run by his son, Pierre Somers, and expanded to include a separate investment business called Walter Financial, which has built up internal teams to manage public and private equities.

René Fournier, chief investment officer at Walter Financial, wouldn’t disclose the size of the Somers family portfolio, but said the private-equity arm, Walter Capital Partners, started operating less than three years ago and now manages $200-million. With Walter Asset Management, the Somers family will take its first step toward managing money for other investors and targeting an internal rate of return between 15 per cent and 20 per cent.

Mr. Fournier said that this evergreen, long-term private-equity strategy is meant to cater to what he describes as a growing group of family offices and high-net-worth entrepreneurs that need more unique and specialized investment options.

“We think the institutional money flowing into private equity will continue to increase. But more importantly, we also see a lot of family offices being formed, and a lot of the products and solutions we receive is either coming from the retail investment world or the institutional investment world and we believe there’s a need to provide them with tailored solutions,” he said.

Mr. Brosseau said that his new fund was also designed with the aging bull market, which began in 2009, in mind.

If the market were to tumble, many managers would see the value of assets fall, and could face redemptions and regulatory scrutiny. They could also come under pressure to sell for lower amounts, or else cut costs by taking lower salaries or some other measures.

“I can tell you that a number of money managers have been starting to think about ways to minimize risk going forward – some of them do not want to go through what they went through in 2008 or 2009,” he said. “There are a number of opportunities that exist and the timing could not be better.” 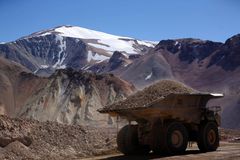