Prime Minister Justin Trudeau began laying out his case for closer trade ties with Asian nations Tuesday, and issuing a challenge to domestic businesses to not disappear once the ink dries on any government-struck agreements.

Speaking to a room of Canadian companies already invested in the region, and local companies interested in investing in Canada, Trudeau tried to frame Canada as an isle of political, social and economic stability in the world – noting the ease to get a visa for top tech talent relative to the longer times in the United States.

The first event after landing in Singapore set the stage for what the Liberals hope will be a clearer picture of how to pursue freer trade with a 10-nation bloc of major suppliers and customers, which includes Singapore.

Many members of the Association of Southeast Asian Nations have expanding consumer classes and high population-growth rates relative to the rest of the world.

“We’ll be talking about our potential with ASEAN and continuing to look at securing more trade opportunities,” Trudeau said at the roundtable talk.

“However, as you well know, having a trade deal isn’t automatically all you need to do in order to increase business connections. The real work, actually, gets started after you have signed the papers and that is building the relationships, building the connections, building the facility and also changing mindsets – getting Canadian companies to see the opportunities we have around the world to partner and invest.”

Research on small- and medium-sized businesses shows that many Canadian companies are expanding to Asia, entering the region ahead of larger companies, said Lorna Wright, executive director of the Centre for Global Enterprise at York University’s Schulich School of Business.

The issue is businesses and politicians who talk about being a partner in the region have retreated back towards the partner they know best – the United States, Wright said. That poses a problem to trade with east Asia, a region with a relationship-based business culture, she said.

“With Canada blowing hot and cold – this year we’re there, next year we’re not, economy goes down in the U.S. (so) we go to Asia, the economy gets back up in the U.S. and we head back out again — that doesn’t cut it,” Wright said.

That leaves the Liberals in what experts describe as a fork in the road: continue talks toward a group free-trade deal with ASEAN, which could come with big benefits but take years of painstaking work, or convince ASEAN nations that have not already done so to sign onto a newly ratified Pacific Rim trade deal, called the Comprehensive and Progressive Agreement for Trans-Pacific Partnership – or CPTPP for short.

Former Quebec premier Jean Charest says a confluence of events – Canadian trade deals finalized with Europe and Pacific Rim countries, and a new one in principle with Mexico and the U.S., while President Donald Trump raises trade barriers with others — gives Trudeau help with either path.

“It puts the prime minister in a much better position in the sense of, he’s uniquely on the offensive. He is in there to say we want to be part of (this),” said Charest, who is the honorary chairman of the Canada-ASEAN Business Council. “It will be put in the backdrop of this broader world to say, ‘With everything that is happening on the trade front, all this makes sense for you and it makes sense for us.“’

A preliminary study of a Canada-ASEAN trade agreement has been done. Hammering out a final agreement could take up to eight years, Charest said.

ASEAN invited Trudeau again this year to its East Asia summit, which is one of the most important gatherings in the region. Trudeau is there for a second year in a row, having been the first Canadian prime minister to attend last year.

The ASEAN summit also offers Trudeau a seat at a regional security gathering of 18 countries, including the U.S., China and Russia.

A seat at the security table, which the Liberals hope to parlay into a permanent spot, gives Canada a voice in decisions about tensions and issues in southeast Asia that could eventually reach Canadian shores, such as pandemics. 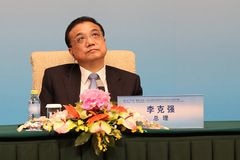 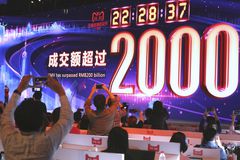