Of all the commodities that build and power civilization, only two – oil and coal – are set for output declines in the next decades as global warming threatens to turn Earth into planetary toast. Their carbon outputs are too high for comfort, and society wants them squeezed out of the energy mix.

The other commodities are not going anywhere. The world will need a lot more of the metals required to underwrite the transition to a clean economy – copper, cobalt, nickel, titanium, zinc. Steel and cement will be needed in ever-increasing amounts, too; you can’t build Teslas out of carrots or skyscrapers out of timber.

How to clean up the latter? While environmental lobby groups, climate scientists and the new generation of Gretas have focused on oil and coal as the nastiest climate culprits, everyday commodities such as cement and steel have atrocious planet-burning credentials too.

Cement, the binding agent in concrete, is responsible for about 8 per cent of global carbon dioxide emissions. That’s more than three times greater than the emissions of commercial aviation. If cement were a country, it would be the world’s third-largest emitter, behind China and the United States.

The iron ore and steel industries account for about 5 per cent of global emissions. Making one tonne of steel puts out almost two tonnes of CO2. While steel production is getting somewhat less energy-intensive, rising demand means overall emissions have climbed in recent years, the International Energy Agency says.

Even mining the “clean” metals is a dirty job. Copper demand is relentless, and prices have doubled, to more than US$9,000 a tonne, since their pandemic low last March. A regular car contains eight to 22 kilograms of copper. A battery-electric car like a Tesla contains 83 kilograms, according to the Copper Development Association. Various cradle-to-grave copper-cycle studies estimate that producing one kilogram of copper generates much more than one kilogram of carbon dioxide, making zero-emission vehicles less clean than advertised.

The carbon footprints of these products will have to fall dramatically, then hit bottom, as more and more countries set out to achieve net-zero emissions by 2050 (the U.K., France, Japan, Canada, among others) or 2060 (China, Brazil).

Here are a few technologies with the potential to change the carbon game for the better in the three highly polluting industries of copper, steel and cement production. 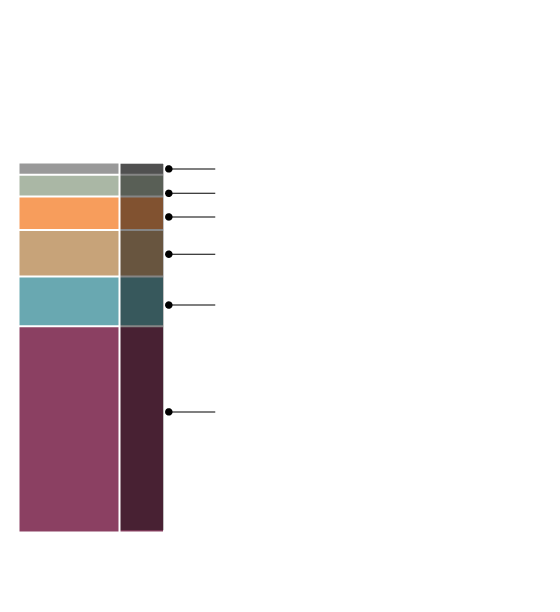 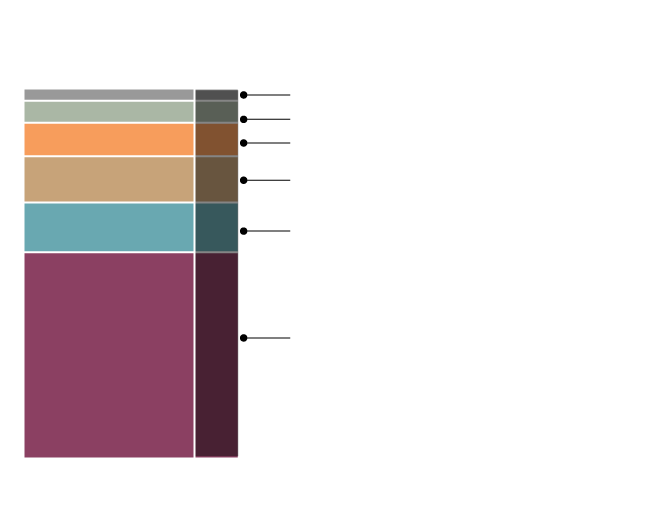 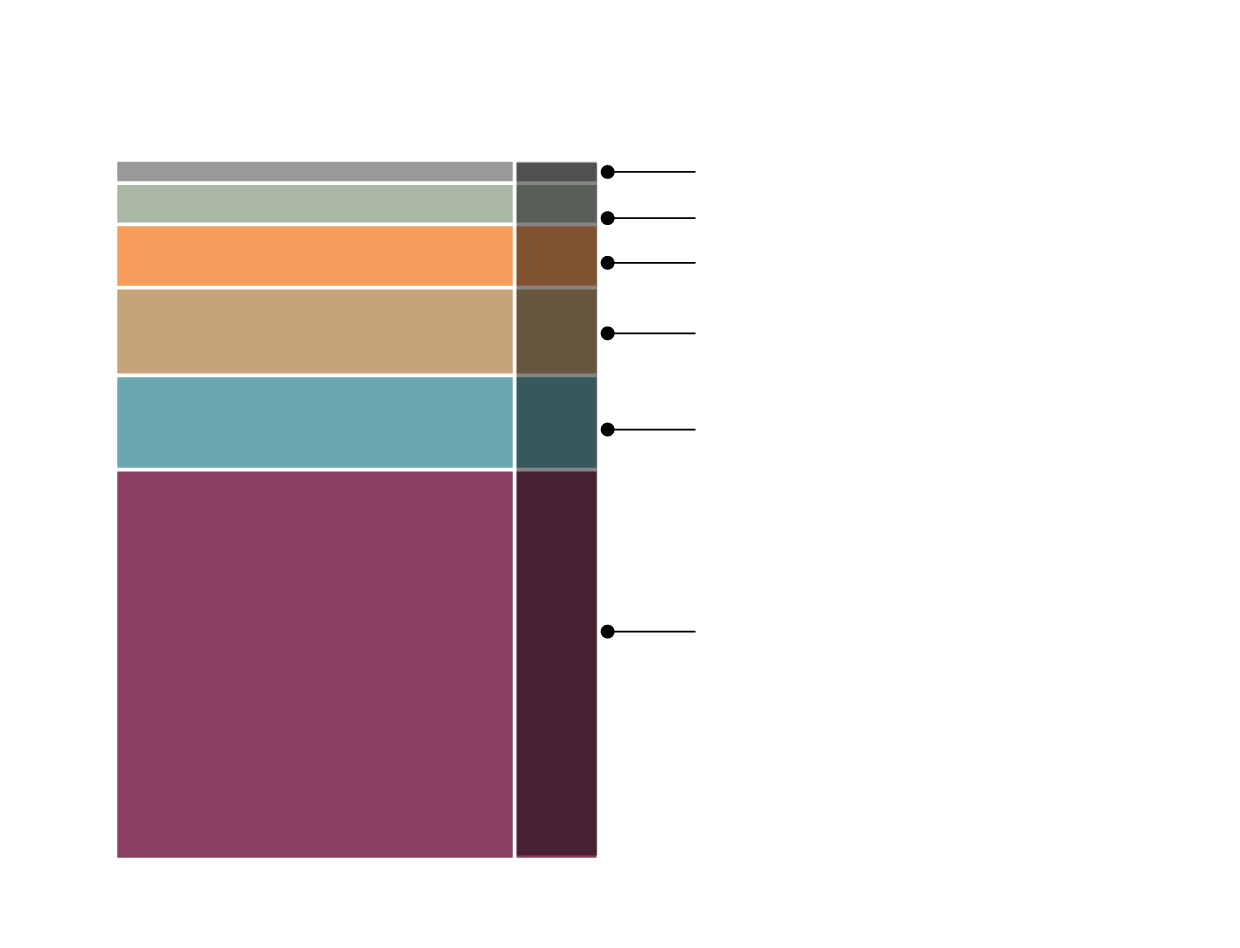 Jetti Resources: Nine years ago, two University of British Columbia engineering professors, Ed Asselin and Dave Dixon, and postdoctoral fellow Ahmad Ghahreman discovered a technology to release copper from low-grade but abundant copper ores, such as chalcopyrite, that were being left untouched because mining companies couldn’t make money processing them. The catalytic technology disrupts the metal-sulfur bond of the mineral, allowing copper extraction by unimpeded leaching.

In 2013, a young American venture capitalist, Mike Outwin, was on the hunt for promising new technologies, learned about the UBC innovation and ran with it. A year later, he formed Jetti Resources with his partner, Andrew Perlman. “Jetti is a metallurgical breakthrough,” Mr. Outwin said in an interview. “We’re creating projects that didn’t exist before.”

Today, Jetti has the exclusive worldwide licence to the technology and has assembled a big-name roster of investors, including UBC itself, Japan’s Mitsubishi and DNS Capital, the investment office of U.S. billionaire and film producer Gigi Pritzker. Its board members include Chip Goodyear, a former CEO of BHP, the world’s biggest mining company, and Trevor Reid, who was the finance director of Xstrata, the Anglo-Swiss mining company that bought Canada’s Falconbridge in 2016.

Jetti even received $642,000 in grants from the B.C. and Canadian governments – a vote of confidence.

The climate advantages seem compelling, since building new mines – a hugely energy-intensive process – is not necessary; Jetti’s technology works on existing low-grade ores and stockpiles shunted into the waste category and can be integrated into an existing copper mine’s processing system. Mr. Outwin said 70 per cent of the world’s copper resources are trapped in low-grade ores, a store potentially worth trillions of dollars at today’s prices.

Does it work? At least one significant mining company, Toronto-listed Capstone Mining, has already pronounced Jetti’s technology a “success.” Capstone is using it at the Pinto Valley mine in Arizona to bleed copper from otherwise abandoned reserves (Jetti gets paid through a cut of the production). Capstone shares are up more than 500 per cent in the past year.

Boston Metal: A few of the world’s biggest producers of iron ore – steel’s main ingredient – are piling into this small, American technology company. BHP led the charge, next came Vale, and Rio Tinto is circling. “It looks really promising,” said Peter Toth, Rio’s climate chief, in an interview. “It’s one of those technology plays to try to make steel without carbon.”

Boston Metal, like Jetti, emerged from a university lab, in this case the Massachusetts Institute of Technology, which in 2012 came up with an innovation called molten oxide electrolysis to make steel without filling the atmosphere with coal-derived CO2 emissions. In simple terms, the process involves passing electricity through an inert anode in a chamber that heats up a solution of iron oxide and other metallic minerals present in oxide form. The output is oxygen and liquid iron, which pools at the bottom and forms steel.

“What we do is replace the carbon with electricity,” said Boston Metal CEO Tadeu Carneiro, 61, the Brazilian mining veteran who is the lead independent director of Vancouver’s Ivanhoe Mines.

He said the technology “worked perfectly” in the laboratory and will go into pilot production in March. “This is a technology that will help rewrite the book of metallurgy.”

Boston Metal has caught the eye of tech investors as well as iron ore giants. One is Breakthrough Energy Ventures, whose backers include Bill Gates, Jeff Bezos and Michael Bloomberg. So far, the company has raised almost US$100-million.

Mr. Carneiro said the advantage of the technology, other than its carbon-free status, is modular growth – the relatively cheap anode-equipped chambers can be added piecemeal. The big question is whether a Boston Metal commercial operation can compete with traditional steelmaking. If the process can secure renewable electricity prices similar to the bargain rates paid by the aluminum industry, it will be, he said.

That’s why Boston Metal would consider a plant in Quebec, which is rich in inexpensive hydroelectric power. “We’ll go where you have abundant, reliable, cheap renewable electricity,” he said. “We’d look at Quebec, Scandinavia, Brazil and Australia.”

Low-Carbon Concrete: No one pays much attention to concrete. It’s just part of the scenery, surrounding us in our cities.

But its carbon footprint is nasty, and unless “green” concrete is invented, the net-zero journey will hit the wall. In 2017, China produced 2.4 billion tonnes of cement-based concrete, according to the U.S. Geological Survey. That’s more than the rest of the world combined and one of the main reasons why China is the top emitter of greenhouse gases.

Reducing the carbon content of cement has obsessed some building materials companies. One is Canada’s CarbonCure Technologies, which found a way to inject recycled carbon dioxide into fresh concrete. The process adds enough strength to the material to cut the amount needed for a project by about 5 per cent, reducing its environmental impact. Bill Gates, through Breakthrough Energy Ventures, is an investor.

Another technology, one in the very early stages, is Acrete. It emerged from Arizona State University and substitutes fly ash for cement, allowing geopolymer concrete to be made without its most carbon-intensive ingredient. Fly ash is fine powder, the byproduct of burning coal at electricity plants. Unwanted and valueless, it is piled up in vast quantities, usually next to the plants, or buried in landfills.

Singapore-based ESG consultancy Clean Resources co-funded the development of Acrete and holds the worldwide licence for it. Clean Resources claims it is stronger than traditional concrete, though it’s not perfect: It sets quickly, which means it goes from pourable to unpourable in a short period of time.

Chris Hopkinson, the head of concrete technologies at Clean Resources, said Acrete reduces the carbon content of one cubic metre of building material to 120 kilograms from the 500 kilograms embedded in regular concrete.

Acrete is being made in small quantities by Specialist Precast Products, a concrete company in Wales. It’s easy to make. “I have even made it in my own kitchen,” Mr. Hopkinson said.